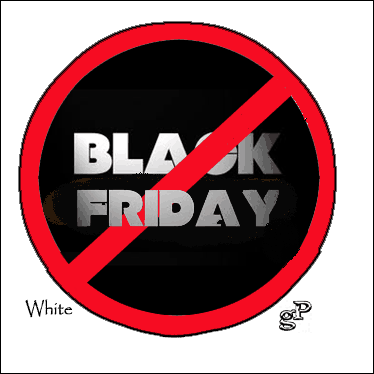 But, warns Lindsay Sakraida, features director at dealnews.com, don’t assume that the lowest price of everything on your shopping list will be found during Black Friday. It’s true for many products, but Sakraida tells Black Friday shoppers to avoid buying these 10 items:

1. Toys. Sure, you’ll find discounted toys on Friday, but if you wait until the last two weeks before Christmas, you’ll see the same toys discounted even more.

2. Top-brand TVs. You can get a cheap TV on Friday if you’re not brand conscious. The major TV brands won’t give their best discounts until Santa’s out in the barn hooking up the reindeer.

3. 2012 Calendars. Calendars just aren’t in play on Black Friday. You’ll have to wait until January or even February before you can get a snazzy looking wall calendar to spruce up your cube.

4. Christmas Decorations.   Everyone knows the deals on Christmas decorations get better as the holiday approaches. But really savvy shopper waits until Cyber Monday–the Monday right after Black Weekend–for the best buys.

5. Jewelry.   It may be because so many sentimental saps wait for Christmas to bedazzle their ladies with jewelry that you are simply not going to find a great buy on baubles and bangles on Black Friday and any time near Christmas. Wait for a time of the year that’s sentimentally dry.

6. The North Face Denali Jacket. It’s one of the brand’s most popular styles. But in the last three years, the best prices Sakraida has seen have been in late spring through summer months, when, of course, only the most dedicated of the stylish will wear them.

7. Roku 2 XS. Let the deals on last year’s hot Roku, the XD model, be your guide. On Black Friday, 2010 Amazon had an excellent deal on the box. But by mid-December Amazon had topped its own deal by lowering the price $8 and throwing in a streaming media credit. So this year, don’t make a move until you’re into December.

8. Game Console without a Bundled Freebie. Now is not a smart time to buy any console that’s several years old when two of the major console makers are planning upgrades next year.  But if you–or your kids–just can’t wait, at least make sure you’re getting a free gift card or a few top-name games with your console. Tip: If the games are on sale during the Black Weekend, you might find a console bundle cheaper than usual.

9. Winter Apparel. Sakraida predicts we’ll see some of the best coupons of the year from numerous clothing retailers during the Black Weekend. She suggests comparing the coupon discounts against items already heavily discounted in the sale sections.  Winter apparel will be better discounted in January.

10. Watches. It’s the jewelry story all over again.  Sakraida recommends dealnews’ Editors Choice caliber deals in the spring and summer.

On the other hand, you should buy one of these….

If all this makes you want to grumble, “Humbug,” cheer up. There will be some good deals on Black Friday.  The best deals of all, according to the research at dealnews.com will be in laptops. Yes! Just want you wanted, right? Here are the laptop deals that have been spotted in early releases of Black Friday ads.

At $180, this laptop exceeds dealnews’ “basic laptop” prediction by $9 and would be the least-expensive 16″ dual-core laptop the site has seen.

Not sure what CPU will be coupled with this system, but otherwise this desktop replacement looks like a steal at $350.

Not a record breaker, but this laptop is poised to tie previous deals as the least-expensive 16″ Acer Aspire laptop we’ve seen.

Again, the processor is a mystery, but at $300 it’s still positioned to be among the least-expensive Toshiba Satellites the shopping experts have ever seen.

The least-expensive HP Pavilion laptop with 8GB of RAM and a Core i7 CPU.

The first time this system has sold for this prince without rebate hassles.

It’s $18 pricier than Best Buy’s deal, but if you can’t make it to Best Buy and live near a Walmart, this in-store only deal is the second best “basic laptop” deal for this Black Friday.