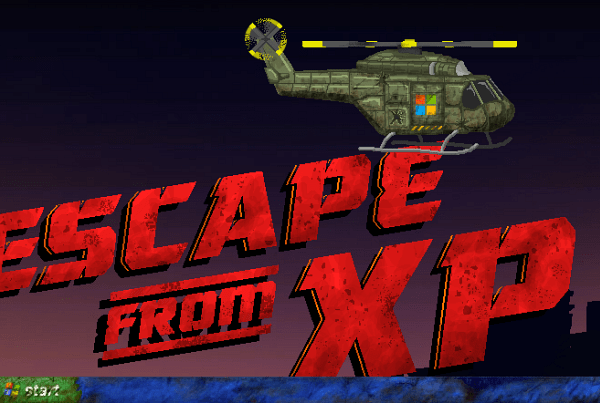 Microsoft ended support for XP and made Windows 8.1 update available to everyone. It’s not all serious though here’s a fun game called Escape from XP.

Microsoft had a busy week. It released Windows 8.1 Update, ended support for Office 2003, and ended support for XP. This week Microsoft also launched the online game called Escape for XP. You should be able to  play in most modern browsers. It’s free to play and is a parody of the 12 year old XP.

If you’re sad to see XP go, or are happy that it’s dying this will bring you a few minutes of nostalgic fun at least. It’s also a reminder that XP will no longer receive updates and patches, so it’s time to move on.

This is a time waster game, and provides a trip down memory lane. You start with an old CRT monitor and XP starts to boot. To add a bit of comedy, when the system starts to boot, a Blue Screen of Death appears. It provides a humorous back story about your character. 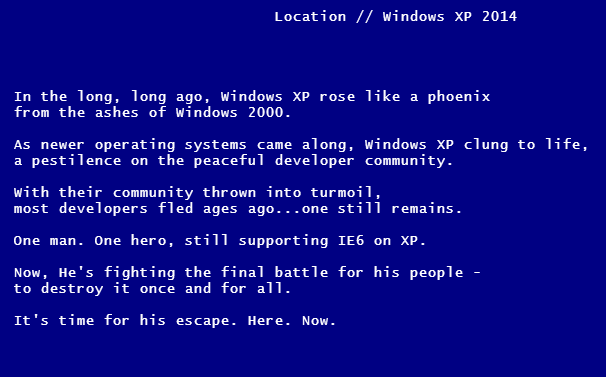 Then you’re thrust into a 2D side-scrolling arcade shooter game. To move use W,A,D keys, the spacebar, and the arrow keys to move around and shoot the XP style icons. If you forget the how to move your character, no worries, there’s sticky notes on the CRT monitor that will remind you. 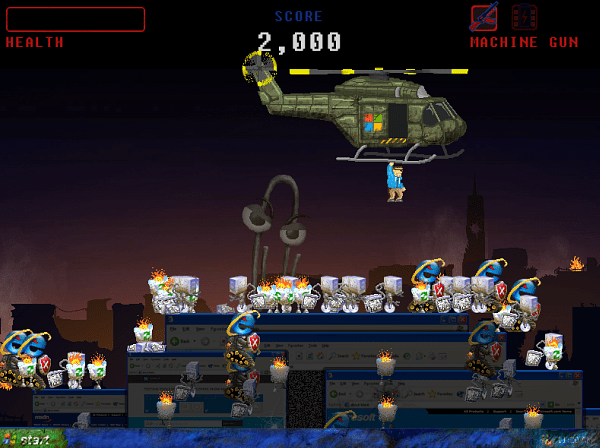 When you get through it, everyone’s favorite animated icon – Clippy — helps make sure you want destroy it. In fact, while playing the game there is an “Evil Clippy” that shoots laser beams out of its eyes at you. 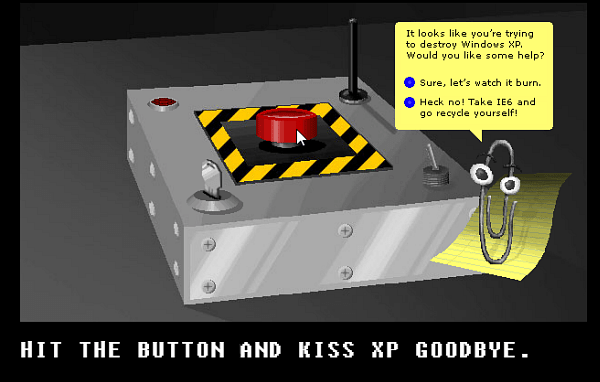 For best results, use Internet Explorer to play the game. I tried it in Firefox and it kept crashing.

Play it at work today, it’s Friday after all, and if your IT department still has your workstation running XP, push the destroy button in front of him. Of course in the enterprise environment, the companies are paying for extended support.

If you’re looking for something even more nostalgic to waste time at work today, check out the Atari Online Arcade! Again, you’ll need a modern up-to-date browser to play – no love for IE6. 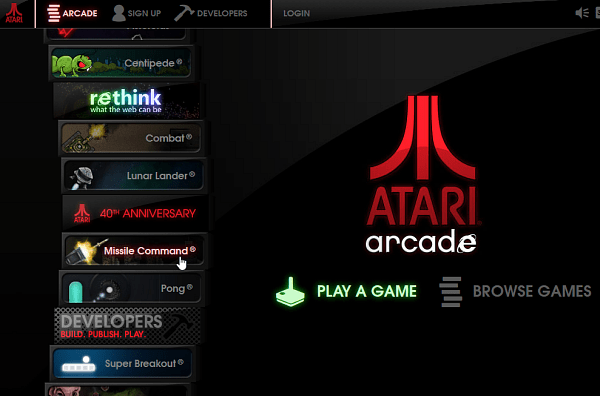