If you’re interested in exploring a plant-based diet, the following are some of the most fascinating, free vegan documentaries so you can see what all the hype is about.

With rising evidence that consuming meat causes a wide variety of serious illnesses, more people than ever before are turning to a vegan diet as a way of life. Others turn to a “white-meat” based diet to avoid the risks, despite recent studies showing that even lean, white meat can drive up cholesterol levels as well.

The problem with “recent” research is that there are so many unknowns, and much of the research hasn’t been peer-reviewed yet. For anyone interested in making healthy choices for a long life, there are few places to turn for information.

1. What the Health? – Focused on Research and Industry

In What the Health, documentarian Kip Anderson starts out talking about his early efforts to eat healthily. He discusses the many diet fads he tried (almost all of them), before discovering a research study conducted by Dr. Thomas Campbell called The China Study.

Published over 13 years ago, it remains one of the most comprehensive clinical research studies on the eating habits in several dozen Chinese counties, spanning over 20 years. It found a clear, direct link between meat consumption and cancer, as well as correlations between eating meat and obesity, diabetes, and heart disease.

Astonished by these facts, Kip sets out to understand why he’d been told his entire childhood that eating lean meat and drinking milk is good for you. Throughout the hour-and-a-half documentary, Kip interviews medical doctors and clinical researchers to find answers.

He discovered that the American Diabetes Association still provides “optimal” dietary choices on its website that includes red meat. So he sought out interviews with the ADA, as well as the American Heart Association, which he discovered receives funding from major companies throughout the meat and dairy industry.

The most shocking moment in the film is when he got kicked out of one of those interviews for asking questions the interviewee didn’t want to answer.

Watch it for free on Netflix, YouTube, or Vimeo.

If you aren’t really into strictly medical research-based documentaries, this next documentary may be right up your alley. Max is an overweight, chain-smoking, video-game playing, anti-establishment kind of guy. He’s funny, has lots of friends who love him, and most of all – he absolutely loves meat.

One day, his one vegan friend decides to pose a challenge to Max: prove that he can be vegan for 30 days without fail.

Max, who is never one to shy away from a challenge, tells his vegan friend, “I’ll be an even better vegan than you.” He also says that after the 30 days he’s going to enjoy his steak and bacon again.

The documentary doesn’t dive into dietary studies or clinical research. Instead, it follows the life and antics of Max, who turns out to be a highly-opinionated, boisterous guy that all of his friends love. In fact, half-way through the documentary, his own sister tears up describing how she worries about Max’s weight and that he won’t live very long.

If you love meat, you’re going to love how Max approaches the challenge. He drools over the smell of cooking burgers, almost throws up when attempting to cook Tofurky for Thanksgiving, and continues chain-smoking as he gloats about how nice it’ll feel after proving his vegan friend wrong.

We won’t spoil the end for you, but suffice to say the experience had more of a transformative effect on Max than he or his friends ever imagined.

You can watch Big Max on YouTube or Amazon Prime (although may not be available in some areas).

This is an entertaining, uplifting, and at times heartbreaking documentary by director Marisa Miller Wolfson.

Marisa starts out describing her own journey from growing up in typical meat and dairy-eating household in Indiana. It wasn’t until she grew up and moved to New York when she started exploring the vegetarian lifestyle. Before long, she made the transformation over to the vegan lifestyle, despite thinking vegans “are weird”.

The impact on her life was so dramatic that she decided to plug three strangers off the street, from different demographics, and have them attempt going vegan.

Through the course of the documentary, you’ll see all three slowly change from oblivious meat-eaters, into concerned (and even angry) vegans.

The highlight of the documentary was after the three participants watched a film portraying animal abuse in a typical slaughterhouse. The three break down in tears describing the film’s impact on them. They then decide to break into a local slaughterhouse to explore and discover a dead pig on the back of a flatbed truck.

This documentary is less about the research and more about seeing how three everyday Americans react when they come face-to-face with what it takes to get our nation’s meat into the supermarket.

The process wasn’t easy for most of them. But it’s interesting to see whether or not the three of them decide to stick to the lifestyle by the end of the film.

If you prefer your documentaries with a large dose of emotional drama, don’t miss Living Proof.

The filmmaker is Matt Embry, and he was diagnosed as a young boy with Multiple Sclerosis. Committed to saving his son’s life, Matt’s father, Dr. Ashton Embry, embarks on a dedicated search for answers. His ultimate findings are astounding and difficult to believe – that a plant-based diet can stave off the illness for nearly a lifetime.

As a grown man, Matt decides to create his film almost as a tribute to his father’s life work. He interviews MS-sufferers, which make up some of the most painful and heartbreaking moments in the film. 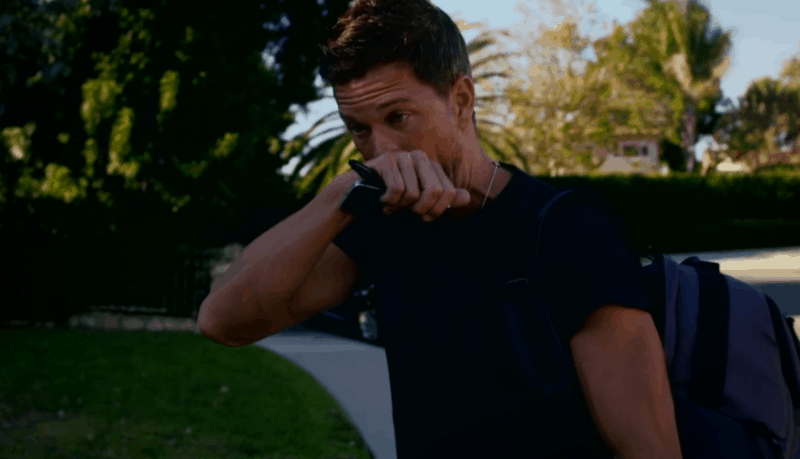 Ultimately, Matt sets out to prove to the world and to the established medical community that a plant-based diet provides better outcomes. Better than medicine or treatments offered by the medical community today. For his efforts, Matt faces attacks and legal threats from the MS Society of Canada.

His response? To ramp up his online and offline efforts. He eventually builds his own website called MS Hope. He also launches an entire community of MS patients who’ve seen success using the plant-based diet. Many having remission from their symptoms for years, just like Matt.

If you have an Amazon Prime subscription, you can watch Living Proof for free.

This hard-hitting documentary is heavily weighted toward interviewing a long list of doctors and researchers who’ve become disenfranchised with the American profit-based healthcare industry. The bottom line of the film is that the American medical industry is more focused on producing more pills to treat illnesses rather than focusing on nutrition to heal patients.

The most shocking fact from the film is just how little nutritional training medical doctors receive in medical school.

If you get bored by interviews, this film isn’t for you. However, if you’re curious about the inner-workings of the American healthcare system and its dysfunctional relationship with nutrition, you’ll walk away from this film with many new insights.

Walk into any gym and ask weight-lifters about meat and they’ll tell you they eat it to get “enough protein”. Many believe that they need meat to perform at optimal levels.

The Game Changes flips that script. It proves, with real examples, that eating meat for performance is pure myth.

One of the best examples highlighted in the film is that of Patrik Baboumian. He isn’t just a strong man. He actually holds the world record for the “log lift” in the 105kg category, and also holds the title as the “Strongest Man in Germany”.

One of the best lines in the film is when Patrick says he’s often asked how he can get as strong as an ox without eating meat. His answer?

“Have you ever seen an ox eating meat?”

Patrick isn’t alone. The film highlights long-distance and sprint runners, martial artists, Ironman winners, and countless others. Every one of them realized through experimentation that they could out-perform their competitors after switching to a plant-based diet.

You can watch Game Changes on Netflix, YouTube, and Amazon Prime.

If you’re already convinced to go on a vegan diet, I would recommend not watching this film. It’s one of those films you only watch if you’re finding it difficult to convince yourself to stop eating meat for health reasons. It’s gruesome and graphic; a painful examination of how animals are treated in farms and slaughterhouses across the world.

It’s a raw peek into the meat processing industry, with images of pigs getting electrocuted and drowned alive, the grounding of live male baby chicks, and the gruesome mistreatment of bloodied and struggling cows.

Would you like to know how that steak or bacon ends up on your plate? Then you’ll appreciate the honesty and transparency of this film.

On the other hand, it’ll make you look at the meat aisle in your grocery store in a whole new light.

Caution: This film is for mature audiences only.

Should I Go Vegan?

One thing to keep in mind before making the decision to “go vegan”, is that die-hard vegans don’t take kindly to folks who eat plant-based for health calling themselves “vegan”. Veganism is, and always has been, a lifestyle to stop the mistreatment of animals in the meat and dairy industry.

Diet is a very personal choice, and no one can tell you what you should or shouldn’t eat. But becoming educated about your food only makes sense. Hopefully, the documentaries above will give you the information you need to make your own informed decisions about what food you decide to put in your mouth.