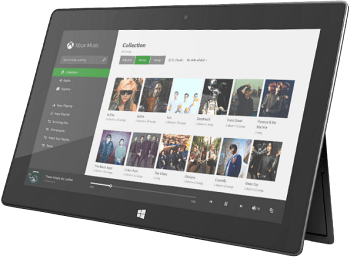 Xbox Music with Music Pass provides an awesome way to sync music across various devices. But you might want to add your own local collection. Here’s how.

Xbox Music has received a lot of updates in the past year or so, and in my opinion, it’s better than ever. It’s now available on the web via music.xbox.com as well as Microsoft platforms – Windows Phone and Xbox consoles. It’s also available on the other two big platforms Android and iOS. And with Xbox Music Pass, all of your playlists sync to all of these devices.

But what about adding your own local collection? I showed you how to do it in the early iterations of Xbox Music in Windows 8, but the process is different and more streamlined in Windows 8.1. While the streaming and synchronization of playlists is awesome, chances are you have a huge MP3 collection to add too. Here’s a look at building your collection from local music files.

Launch the Xbox Music app then bring up the Charms bar. Go to Settings > Preferences. 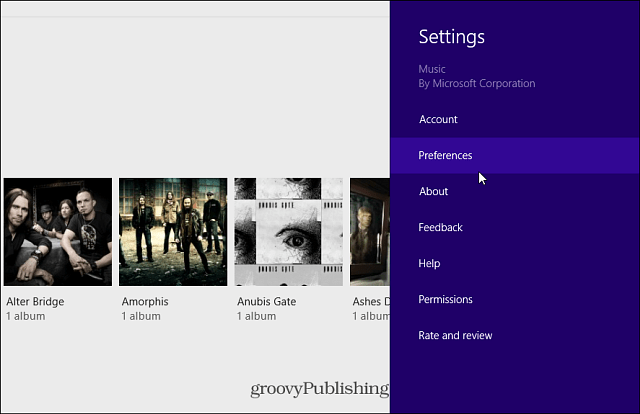 Now at the top of the list click the Choose where we look for music on the PC link. 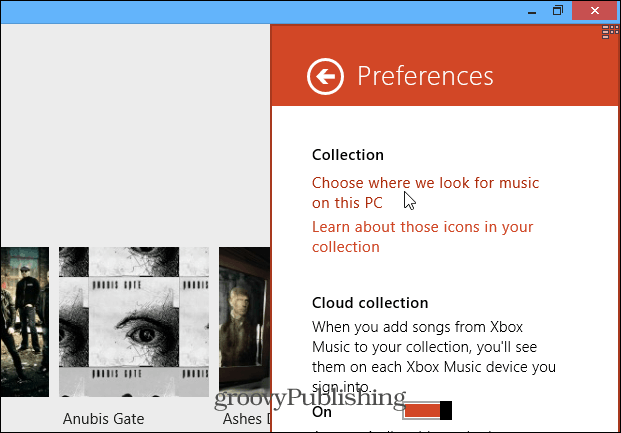 Next you’ll see the following pop up screen. By default you’ll see a couple of locations on your local C: drive. For instance here it displays my Music Library and Music folder. Click the Add (+) button.

Now you just need to browse through your other music locations and add the folders you want Xbox Music to monitor for music. You can choose from your local PC, Libraries, SkyDrive, an network locations. 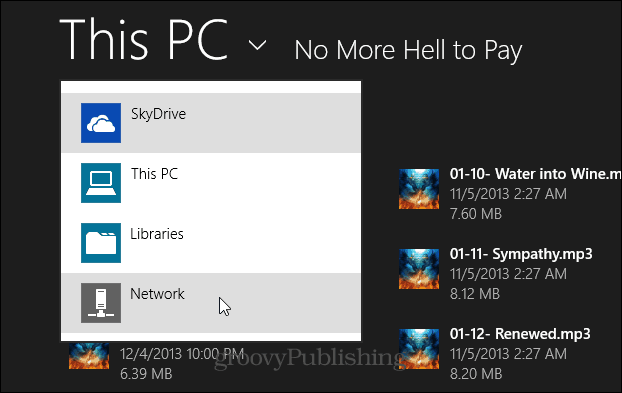 For example, here I’m adding an external drive that has most of my MP3 files backed up. 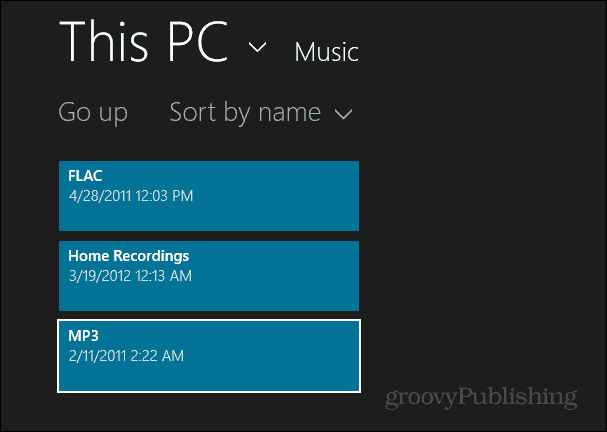 Also, if you get music from other services like iTunes or Amazon music, you can simply select those folders as well. 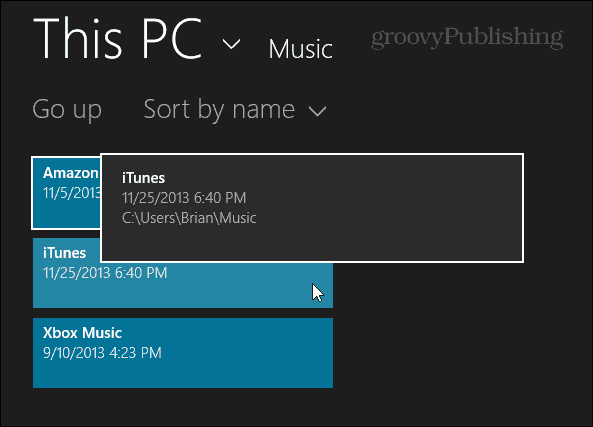 Or if you only wanted a few folders, you can go in and select the ones you want. 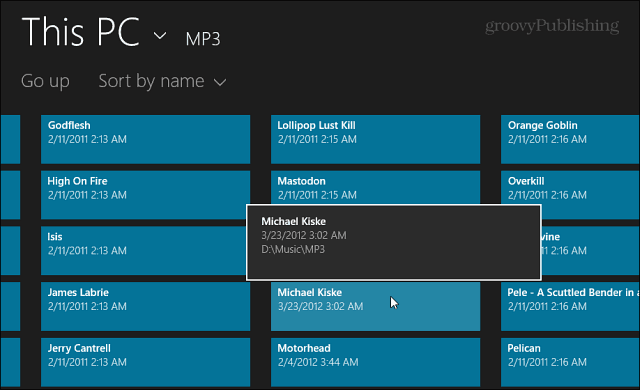 After it’s added you’ll see the new location listed. For instance I can now see my external drive, iTunes, and Amazon.

Now when I go through my collection, everything that’s in the new location will show up and I can enjoy the tunes. If you have a lot of music in the other source you add, just be patient while it populates. 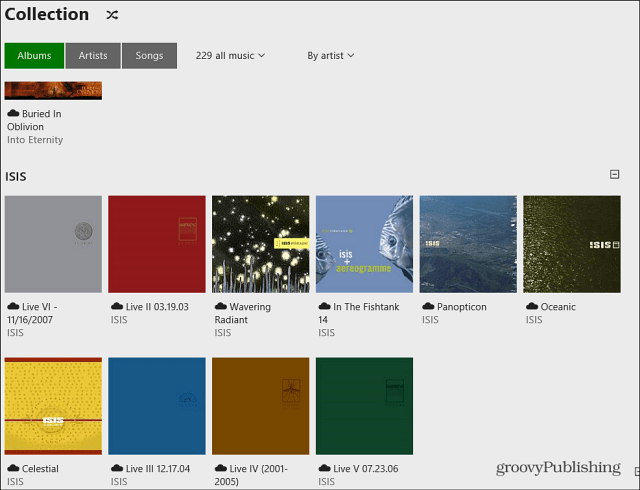 If you need to remove a music folder, just click the “X” in the upper right corner of the tile. Tap remove Folder and confirm it. 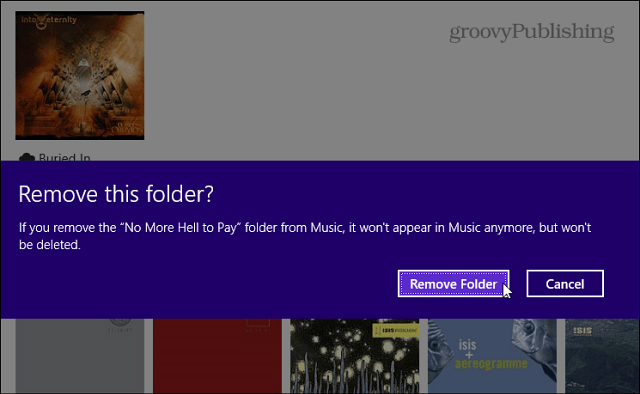 If you do use Xbox Music using on a traditional desktop or laptop, you’ll definitely want to invest $4.99 on ModernMix from Stardock. It allows you to access the app – and all other modern apps – directly from your desktop. When I set up a new Windows 8.1 system, it’s one of the first things I install. It makes using the modern apps much easier, especially Xbox Music! 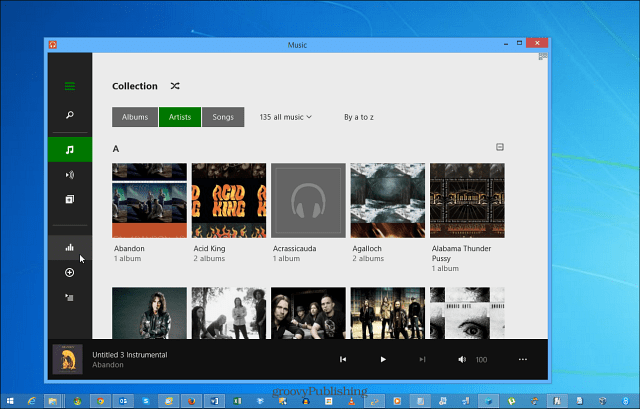 Hopefully we’ll see an update from Microsoft that allows the same type of functionality, but until then, paying five bucks is well worth it for the convenience. If you don’t care to spend money, you can always use Microsoft’s snap feature and view you desktop next to modern apps side-by-side. 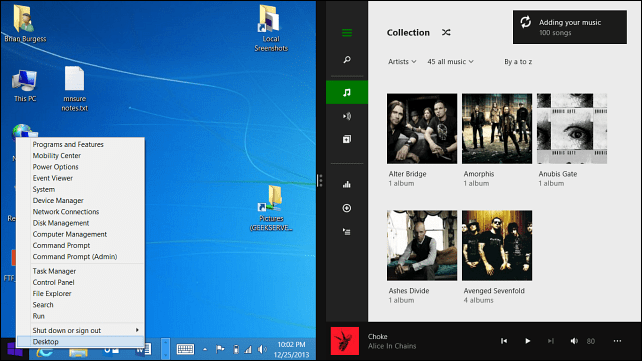