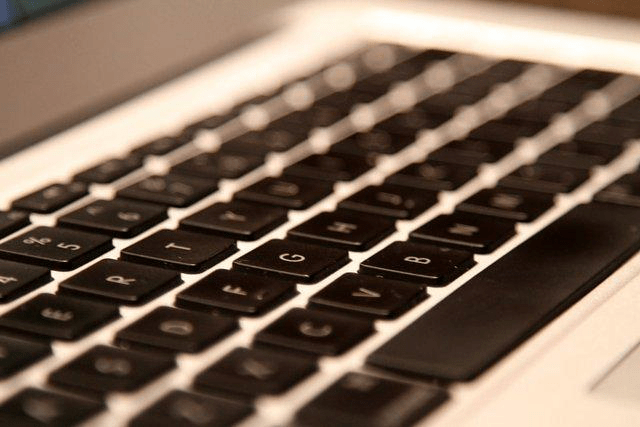 Microsoft Word for Mac 2016 has a nice feature which generates random text. Here’s the details on how it works and how to customize it.

Since Microsoft Office 2016 for Mac Preview, I’ve found myself using my Mac more at work. Each month that goes by, Microsoft releases new updates for the Office Suite, improving its stability and feature set. Although it’s still far from its Windows counterpart, it’s a huge upgrade over Office 2011 for Mac.

One of the features I use on the Windows side of things is the Lorem Ipsum and Random Text generator. Unfortunately, Word for Mac doesn’t yet have a Lorem Ipsum generator; however, it does have a random text generator which can be helpful when writing a document or blog post, and you need dummy content. Here’s how it works.

Type =rand() into your word document and press the Enter key. 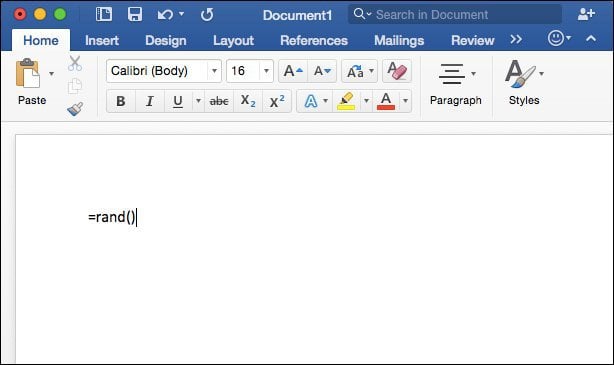 Random Text will be inserted into the document, which looks like the following. 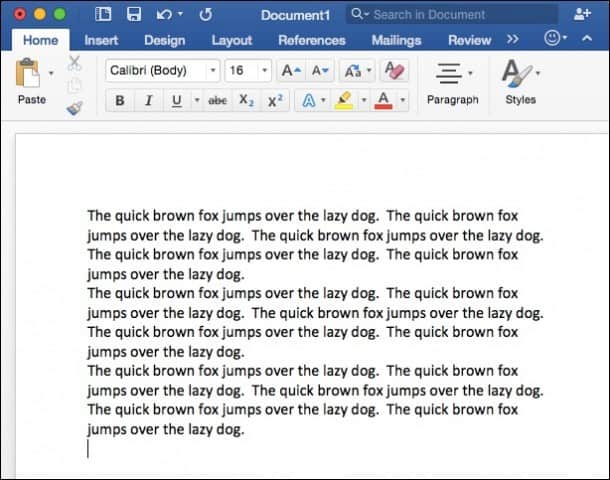 You can customize the output of the random text generated by using the following syntax:

For example, entering =rand(5,3) will create 5 paragraphs, each with 3 sentences.

As I mentioned earlier, the current version of Word for Mac 2016 doesn’t have a Lorem Ipsum generator yet. Hopefully, someone from Microsoft can spin up a DCR and sneak it in before its final release this summer.