Windows 10 setup creates a folder called $Windows~BT, which is used to facilitate the installation. Find out what it is and whether you should keep it.

When you set up Windows 10 on your computer, it is a complex process, whether you are upgrading from a previous version or performing a clean install. Fortunately, most of the complicated aspects of a Windows 10 setup happen automatically behind the scenes. This includes creation of the $Windows~BT folder. The $Windows~BT folder stores important files copied to your drive to create a working installation. It will remain on your hard drive after installation.

The $Windows~BT folder also contains important log files that can help diagnose problems that might prevent Windows from installing successfully. In this article, we show you how to find it and how to decide whether you should keep it or delete it.

A Look Inside the $Windows~BT Folder – What’s in it and Should You Delete It?

A digital download of Windows 10 can be performed using one of the following: Windows Update, Windows Update Assistant or the Media Creation Tool. When you use one of these methods, setup creates a hidden folder at the root of the system drive called $Windows~BT. This folder contains all the setup files and logs used by Windows 10 to perform the installation.

Before you can access the $Windows~BT, you might need to enable hidden files. Open File Explorer > This PC, and open your system drive where Windows 10 is installed. Click the View tab then check off Hidden items in the Show/hide group. There you will see the $WINDOWS~BT folder.

Inside, you might see one or more folders. A common folder is Sources, which contains additional folders. Open it to view its contents. The contents are somewhat similar to what you would find on a Windows 10 install disc or USB thumb drive. The specific files and folders you find in the folder may vary with newer versions of Windows 10.

Previously, Windows 10 setup downloaded an important file called an ESD (Electronic Software Delivery), which was a full copy of Windows 10 users could convert into ISO media and create a bootable copy from. Starting with Windows 10 1703, the ESD is now split up into smaller files requiring the use of third-party tools to source and compile them into a single usable ESD file. This is partly due to the need to make Windows 10 smaller and easier to update to newer versions. 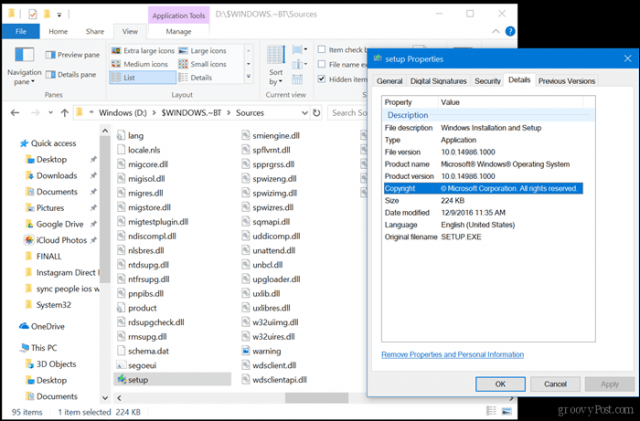 An important folder within $WINDOWS~BT is the Panther folder, which keeps a black box recording of what happens during setup. If your computer experiences an unsuccessful installation then setup rolls back, you should check the setup error located there. This log can give you clues as to what the blocker might be and how you can overcome it. In a future article, we will show you how to read and understand it to help you overcome problems when upgrading. 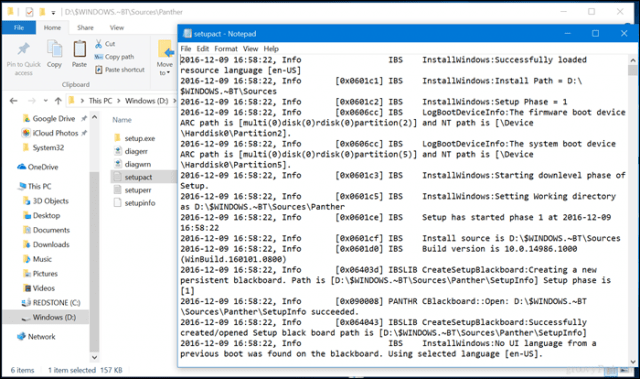 In theory, the $WINDOWS~BT folder can be used to restart setup; however, I have tried it a few times and it doesn’t work. So, don’t count on it as a convenient way to resume from a failed setup. That said, keeping the folder has no actual benefit other than occupying space on your hard disk. There are several ways to delete it, which includes using Disk clean up or Storage Sense or manually deleting the folder. If you do experience a failed installation, deleting the $WINDOWS~BT folder can help; since Windows Update will download a new copy again and reattempt the installation. 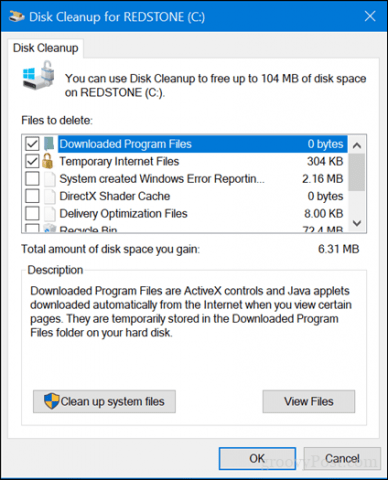 Users should not confuse the  $Windows~BT folder with the Windows.old folder, which keeps an archive of your previous Windows version or earlier release of Windows 10. Windows.old is used by functions in Windows 10 such as Rollback if you are not happy with a new version of Windows or something is not working right. Also, a major difference between Windows.old and $Windows~BT is it is deleted after 10 days.

Did you know about the $Windows~BT folder? Tell us what you’ve used it for in the comments.