In previous versions of Windows, you can take a screenshot by pressing PrtScn on your keyboard. This copies it to the Clipboard and then you need to paste it into Word or an image editing program to save it. 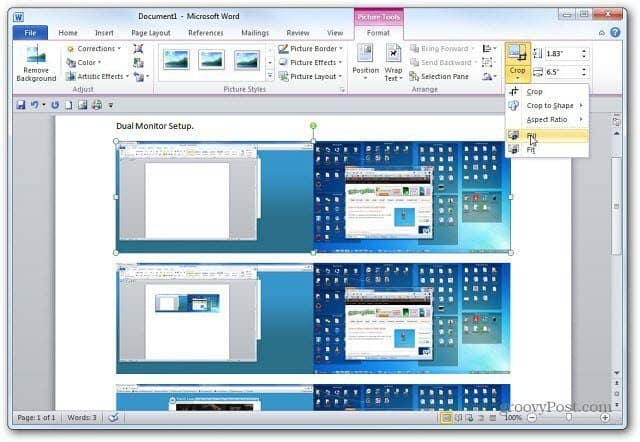 In Windows 8, press Windows Key + PrtScn on your keyboard. This takes a screenshot and saves it as a PNG file in the default Pictures folder.

Windows 8 gives each shot a generic name of Screenshot, followed by a number in the order you take the shots. It works on the Metro Start screen and desktop too. This keyboard shortcut will take a screenshot of the full desktop.

Note: If you want an individual window, you can still use Alt + PrtScn — but that copies it to the Clipboard and you’ll still need to copy it into Word or other image editors. 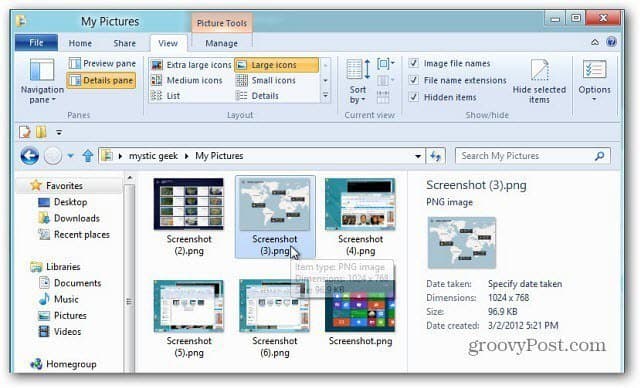 This is handy if you want to take a shot of your screen to show an error to an IT pro. Or if the tech needs more data, the Steps Recorder feature is still in Windows 8. 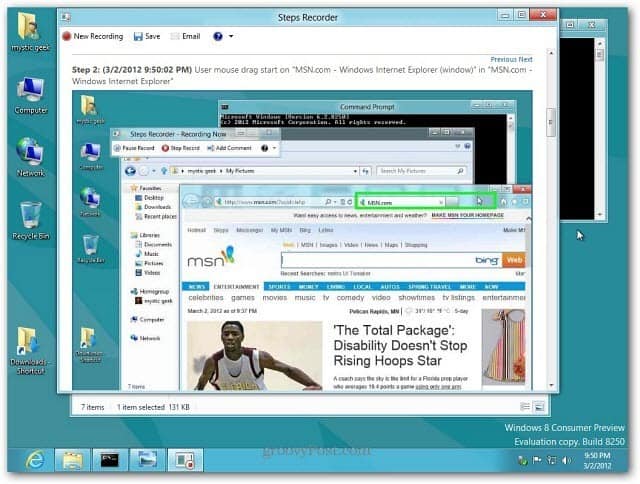 Being a tech writer, I still prefer to use third-party tools like SnagIt. But if you’re only occasionally taking screenshots, this windows keyboard shortcut is a nice hidden gem.