The metro-interface in Windows 8 displays a totally new look for its Control Panel. Accessing the traditional Control Panel you’re accustomed to is easy.

The metro/modern interface in Windows 8 displays a totally new look for its Control Panel. Accessing the traditional Control Panel you’re accustomed to is easy. Here’s a couple of ways on how to get to it.

Note: This article has been updated from the Developer Preview version of Windows 8 to show the final version currently on the market.

See how much different Control Panel is in Metro? It’s actually called PC Settings but is essentially the Control Panel for the modern / metro-style interface. It’s fine, controlling that aspect of Windows 8 for tablets or other touchscreen devices. But on the desktop, I still like to use the traditional-style. 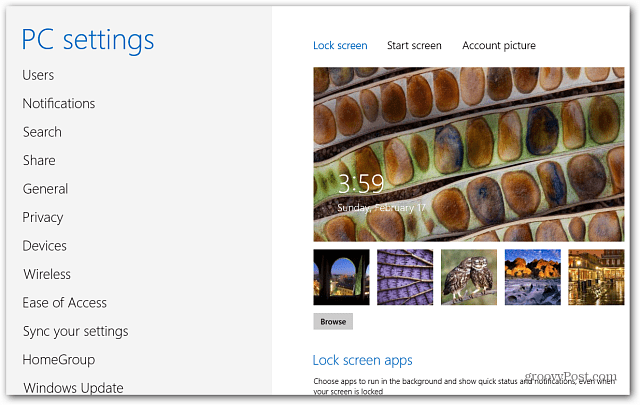 From the Desktop or the Windows Start Screen, use the keyboard shortcut Windows Key + X to bring up the so-called power user menu. Select Control Panel.

Control Panel opens on the Desktop in Category view. To make it easier to find what you need, you might want to change the view to Large icons. 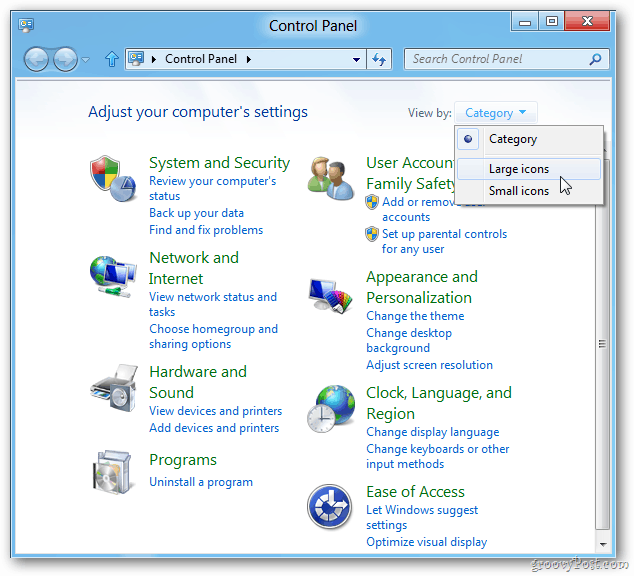 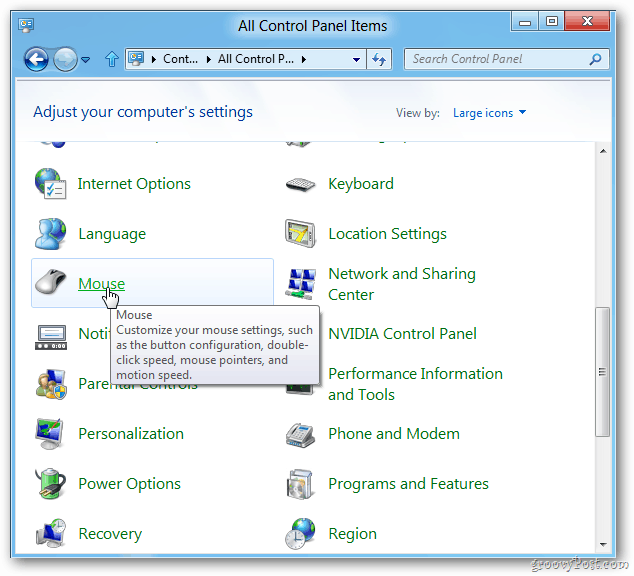 Another way to open the Control Panel is to use the Run line by hitting Windows Key + R and type: control panel and hit enter or click OK. 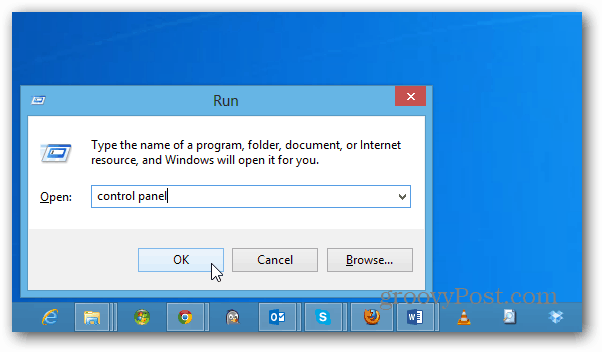 Or, another way to get to it while on the Desktop, is to use the keyboard shortcut Windows Key+ I to bring up the Settings sidebar and select Control Panel. 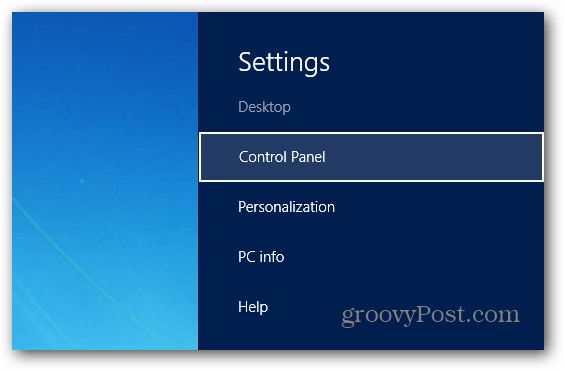 Either way opens Control Panel in the view you left it at. 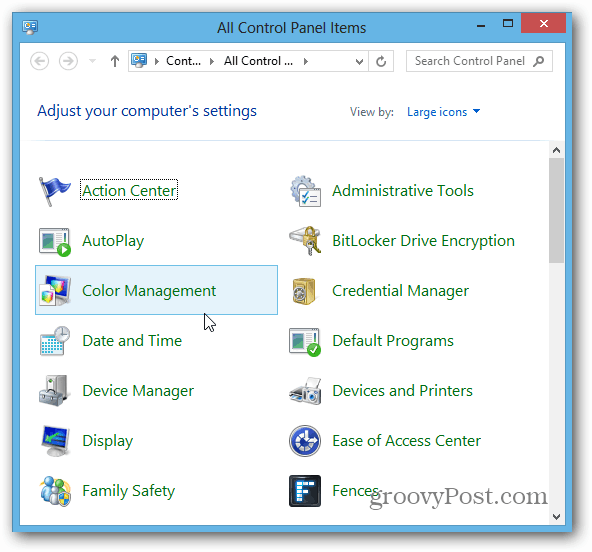