Edge browser in Windows 10, is still a work in progress, but is gaining new features on a regular basis. Here we’ll look at a couple recently added.

Windows 10 includes its new Cortana digital assistant on the PC as well as Windows Phone. In fact, Cortana launched with Windows Phone and migrated to the PC OS. And the Microsoft Edge browser, while still a work in progress, is gaining new features on a regular basis. Here we’ll look at a couple that Microsoft recently added.

But Microsoft is bringing a big update, code named: Threshold 2 to the Windows 10. Previously it was slated for an October release, but lately it’s looking more and more like it will happen in November.

Windows Insiders are slowly getting updated preview builds of Threshold 2. For example, in August Microsoft rolled out Preview Build 10532 which is the latest build at the time of this writing.

But I digress, here’s a look at some cool things you can do with Cortana and the Microsoft Edge browser now.

One of the neat features is the ability to look up items in web pages – all without leaving the page. For example, if you find a word or phrase you’d like to know more about, highlight it, and select Ask Cortana. 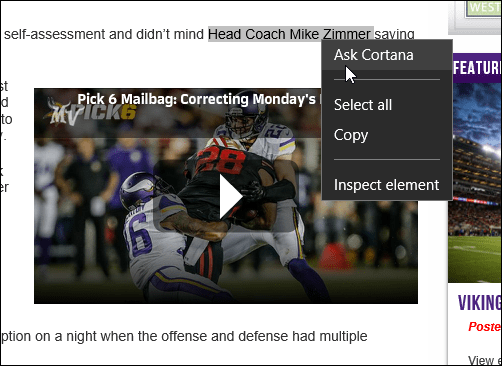 That brings up a pane on the right side with the results (powered by Bing). Like in this example where it pulled up details from Wikipedia. 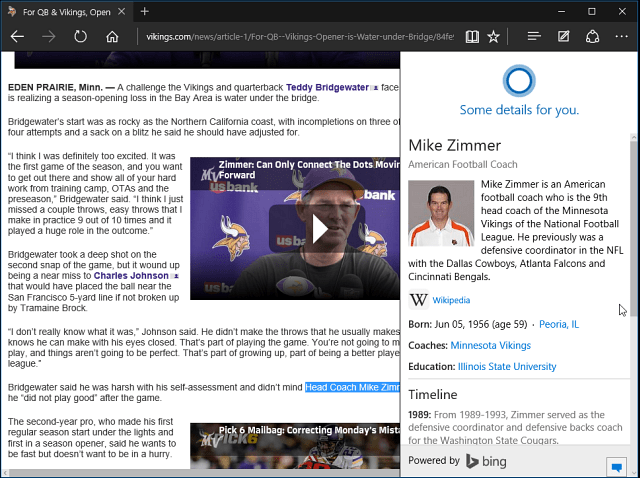 Here’s another example of using Ask Cortana to find more information about the US Geological Survey. 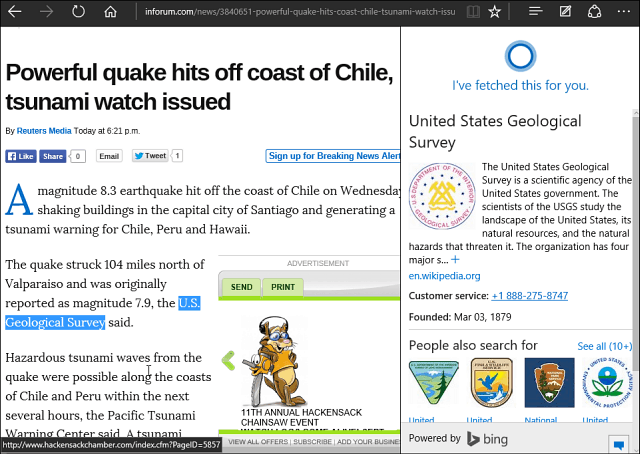 It handles things like definitions, places, celebs and other famous people fairly well. It doesn’t just display results from Wikipedia or give you word definitions either. It’s like doing a full Bing search, and it gives you photos, maps, and more. If you’re looking for something more in-depth, you still get results but will be directed to the particular page to find out more. I would like to see the results stay in the right-pane…future update maybe?

A couple of other features Microsoft has added to the Bing and Edge browser partnership was announced on the Blogging Windows site.

It can give you directions to a restaurant, hours it’s open, the menu, reviews from Yelp, and even instant access to reservations. In the example below, if the site supports it, you will see the Cortana icon in the address bar.

Select that and you will get the side-pane with directions, reviews, hours, and other information. 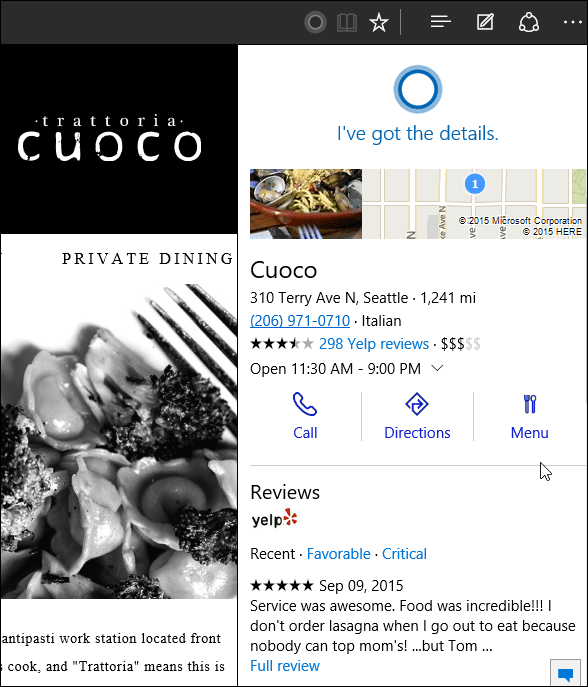 Microsoft also announced a new feature that allows you to find coupons while you’re shopping online.According to Microsoft, this is a pilot feature and is available in the US only, and this initial release includes coupons for retailers like Staples, Macy’s and Best Buy.

Just go to one of those sites, and you’ll see the Cortana icon, select it, and then you’ll get a list of coupons for the site. Some of them require a code that you can copy, and other you just need to click on to get the deal. 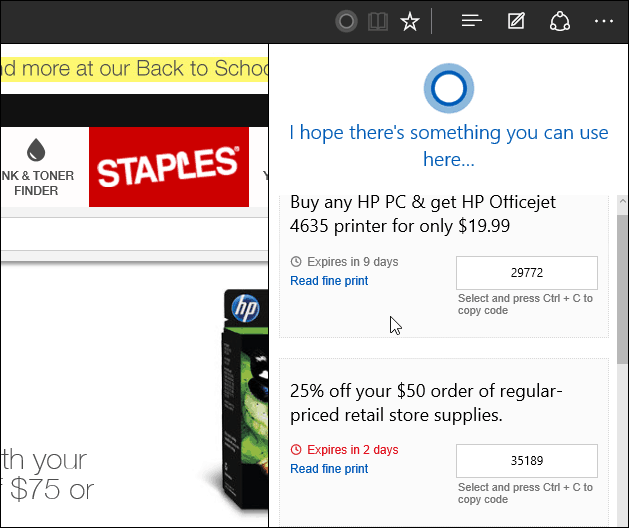 We say this all the time, but it bears repeating: Microsoft is treating Windows 10 as a service, and it will steadily be improving functionality, adding features, and getting out security patches faster. So expect to see more improvements to Cortana, Edge, and Windows 10 as a whole.