In 2015, Microsoft introduced its next-generation web browser, Edge. The Native universal app built into Windows 10, and the successor to the 21-year-old Internet Explorer has come a long way since its debut. Much of the rough edges have been worked on over the past year, with new capabilities added in the 1511 update released in late 2015. Windows 10 1607 continues the software firms acceleration at making Edge the go to the web browser for your everyday needs. In this article, we do some user education about what’s new and improved in Microsoft Edge in Windows 10 Anniversary Update.

Under the hood, Edge includes a lot of performance improvements, specifically focusing on battery life. Microsoft is riding on Edge’s ability to conserve battery life better than popular rival Google Chrome. I stopped using Chrome a few years ago because it became such a resource hog. Initially, it was my go to browser back in 2008, even in beta.

I gradually started using Firefox again then switched back to Internet Explorer. Since then, I have occasionally switched between the two. I have tried to adjust to Edge, but it just left a lot wanting on the usability front. For me, it wasn’t about key features like Extensions, which is a huge addition in this release. A lot of the little things I have come to appreciate in Internet Explorer since version 8 on Windows 7 are missing in Edge such as Live Tile Previews, Favicons, right click Jump List/InPrivate Mode.

Although Edge includes some similar functionality in the browser itself, it’s not quite the same. Apart from these nit-picks, there is a lot to like. On the surface, Edge pretty much looks the same as its previous revisions, 1507 and 1511. The first welcome addition is in the area of tab management.

In the latest version, users can pin tabs, which makes them smaller, providing accommodation for additional tabs. Just like Firefox, functions such as keeping tabs open, even when you close the web browser is supported. Pinning a tab is as easy right clicking on it then click pin tab. When a tab is pinned, it is automatically moved to the left of the window. 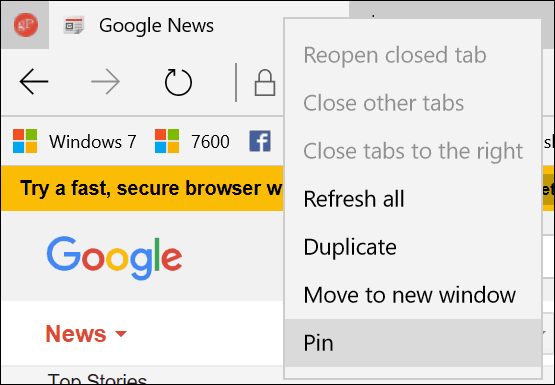 You can now perform paste and search in the Address Bar, removing one extra thing to do. 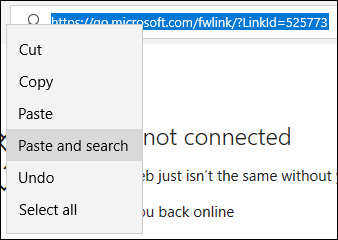 The biggest improvement to Edge in Windows 10 1607 is support for Extensions. We looked at this in detail; including recommendations for some of the best Extensions to try out. 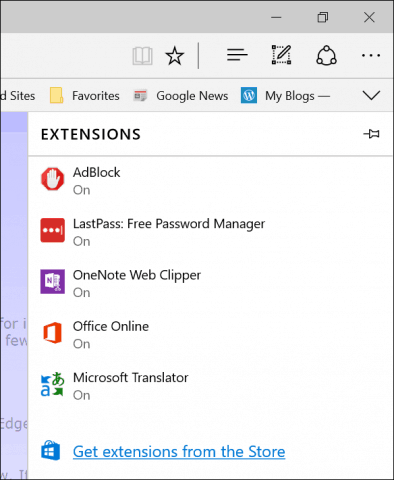 The Favorites pane has changed from a flat list with a navigation menu to a tree view, which makes organization much easier. 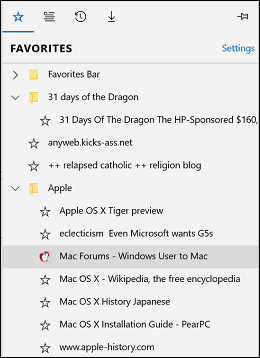 Right clicking the Back button now provides access to a history of previously visited web pages and quick access to the Edge Browser History. 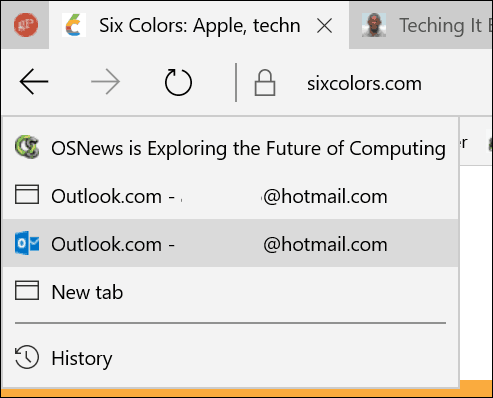 If you are using Edge on a touchscreen device such as the Surface Pro; you can now switch between web pages using the swipe to left or right gesture. 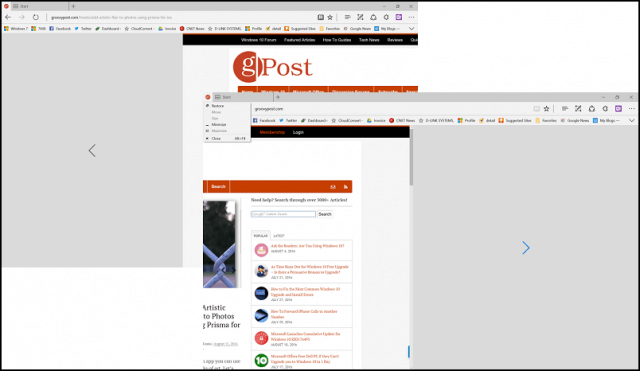 If you like accessing the Hub menu regularly, you can keep it pinned; the Hub will remain open when you close and launch the browser.

Managing downloads in Edge has been a constant sore point since its release. Windows 10 refines this important area with welcome improvements. A new download prompt has been added notifying users whether they want to run or save a file from its current location. Edge now informs users when downloads are in progress before exiting the browser

Resizing Edge window into a narrow space consolidates buttons on the action menu into icons instead of worded text.

Previously, Edge was limited to importing browser favorites from Internet Explorer, in 1607, Edge now supports Firefox. Chrome support remains missing, but hopefully, that will come before the next major revision. 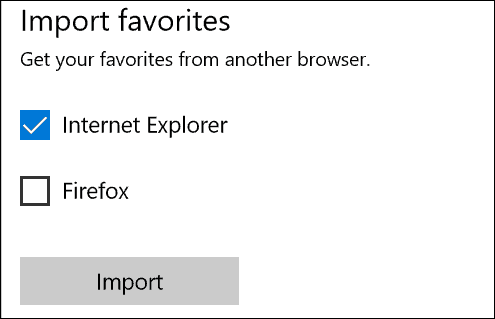 The default location for downloads can now be changed. 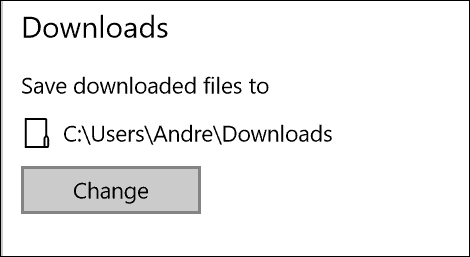 Icon view can now be enabled for Favorites, and duplicate Favorites can be saved, but not in the same folder.

Certainly, all of these are welcome improvements that will surely entice users to give Edge a try. There is more to be done to make it an everyday web browser for many. The continued investment in making it a speedy browser with support for innovations like Cortana and Inking support, definitely give it an edge over rivals like Chrome and Firefox. Since upgrading to Windows 10 Anniversary Update, I am finding less reasons to keep using Internet Explorer. Sure, there are some areas that are missing such as Jump List, Favicons, Live Thumbnail Preview; which are all minor, those will come in time; for now, Internet Explorer users do have a solid choice.