Previously when you deleted a file or folder in SkyDrive on the web it was gone forever. Microsoft added a Recycle Bin to the SkyDrive service this week so you can recover files easily, without complication.

Previously when you deleted a file or folder in SkyDrive on the web it was gone forever. If you were using the desktop version and deleted a file you could recover it from the Recycle Bin on your system, or via File History in Windows 8, or Previous Versions in Windows 7.

That was a convoluted way to get files back, and not everyone you’re collaborating on documents with has that set up. Microsoft added a Recycle Bin to the SkyDrive service this week so you can recover files easily, without complication.

Here I’m going to delete one of the folders in my SkyDrive via the web interface called Apps. To delete a file or folder, right click and select Delete. 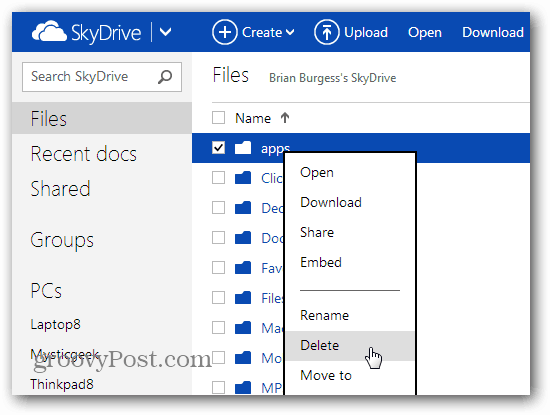 If you want to get the deleted file or folder back, click on Recycle Bin located in the lower left corner of the screen. 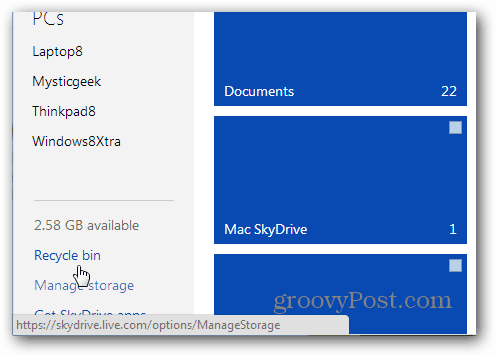 Another cool feature is when you delete something from SkyDrive.com, a screen pops up in the lower right corner giving you the option to Undo the delete. This will help prevent accidental deletions and a user can undo the action right away. 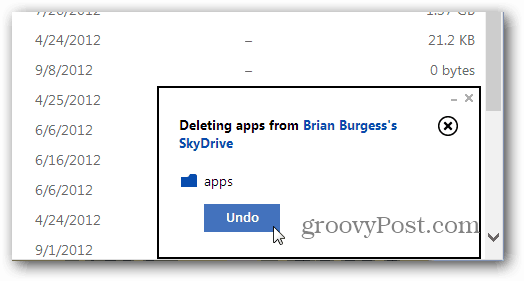 What’s even better is it doesn’t matter which platform you delete a file from in SkyDrive, it still goes to the Recycle Bin. For instance here I’m deleting a video file from the iOS version. I do get a message saying it will be permanently deleted, but I’ll be able to recover it. 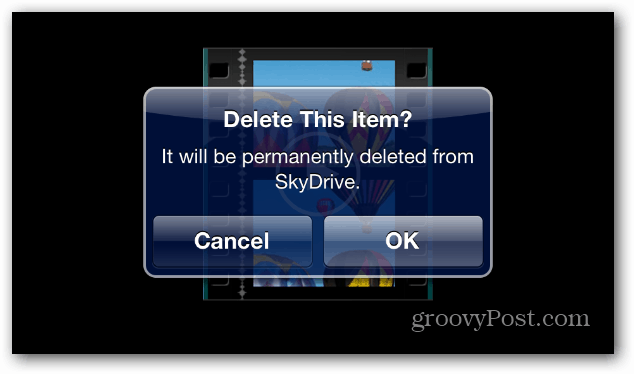 At the time of this writing, you can only restore deleted files from SkyDrive on the Web. The Android and IOS apps don’t give you access to it yet. But according to the Inside SkyDrive blog, it will be added to other platforms in the future. 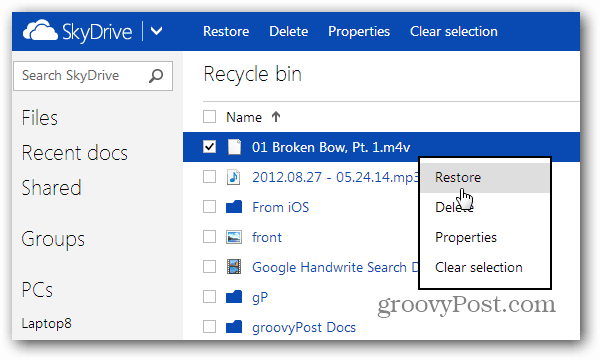 Be careful when deleting items from the Recycle Bin. Just like on your desktop, if you delete a file from the SkyDrive Recycle Bin it will be deleted permanently. 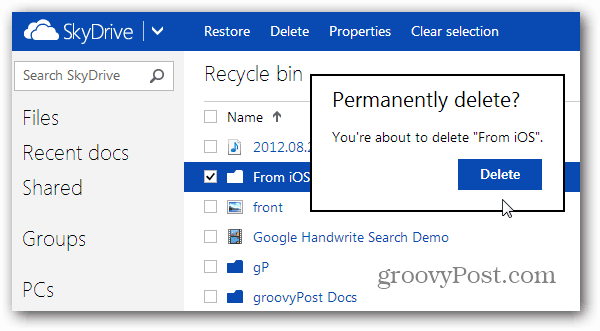