If you want a hands-free way to control your Xbox One, here’s how using the Harman Kardon Invoke or another Cortana-enabled device or app.

Microsoft recently updated Xbox One software to allow you to connect a Cortana or Alexa-enabled device to control it. We already showed you how to use Alexa on an Echo to control Xbox One. And here we’ll take a look at using Microsoft’s own digital assistant, Cortana to do the same.

Note: In this example I’m using Cortana on the Harman Kardon Invoke smart speaker. Before getting started, make sure your console it up-to-date. Currently, using Cortana or Alexa is only available in the U.S., also your Cortana device and Xbox One need to be on the same network.

Use Cortana with Xbox One 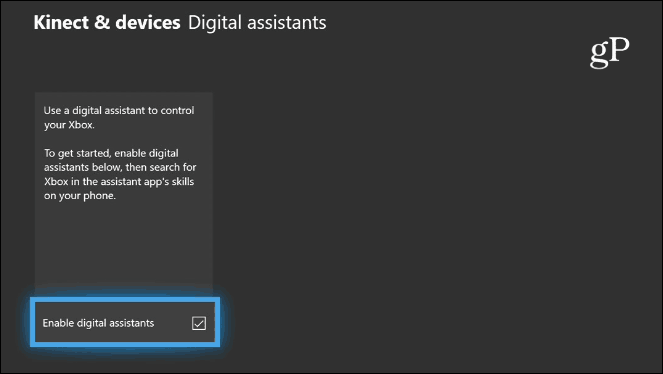 If you’re using the Harman Kardon speaker, make sure you have the Invoke set up before getting started. Once you have it set up, it’s really just a matter of starting to use commands. For example, you can say: “Hey Cortana, turn on/off Xbox” to power the console on or off. Or “Hey Cortana, launch app/game on Xbox.” Cortana will let you know the command is executing, and a message will appear in the upper-right corner of the TV screen.

If you don’t have the Invoke, you can use Cortana on your Windows 10 PC; or even Cortana on Android or iOS. First, you need to install the Cortana Xbox Skill and log in with your Microsoft account. Cortana will find your Xbox and you need to give permission to access the console. 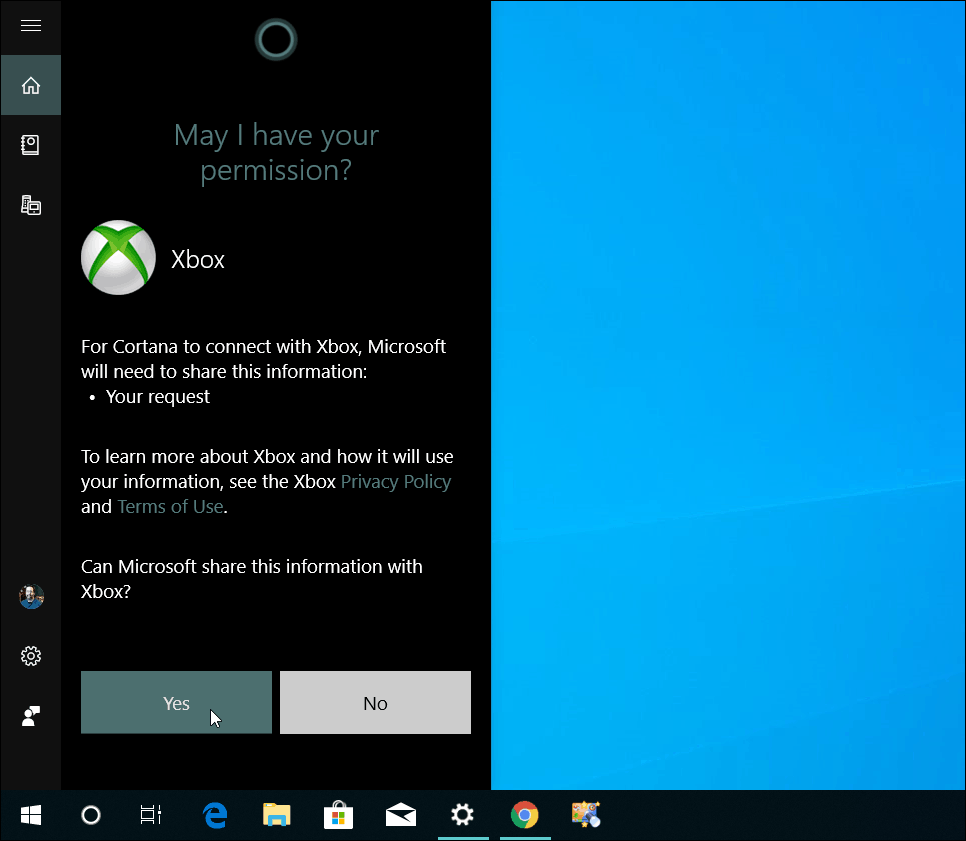 While you can do it, controlling your Xbox with Cortana on a PC (or Cortana app on iOS or Android) is more clunky. The voice commands aren’t as fluid as using an Invoke. For example, you need to say: “Hey Cortana, tell Xbox to launch app/game” or “Hey Cortana, Tell Xbox to turn off” – you summon Cortana, and then tell it what you want the Xbox to do. For more on what commands, check out Microsoft’s Cortana voice commands for Xbox One page. Or, just ask: “Hey Cortana, What can I say?”

When it comes to using voice commands for Xbox, it seems that Microsoft could have released an Xbox controller with Cortana built-in to make things easier. But overall, this isn’t something people use very much, but it can be done from the Cortana-enabled Invoke, your PC, or mobile device using the Cortana app. If you aren’t invested in Cortana but would like voice control, check out how to control your Xbox One with Alexa.