One of the things that came out of the Apple news last week was an update for iOS to version 5.1. This is an incremental update with some cool new features and security updates for your iDevice.

In this example I am updating my iPod touch. Also make sure you have one gigabyte of space available on your device. 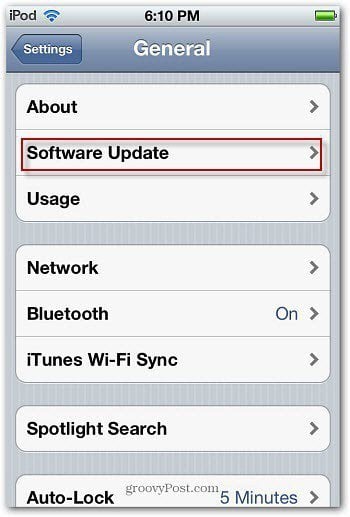 You’ll see that iOS 5.1 is available. Tap Download and Install to begin the process. 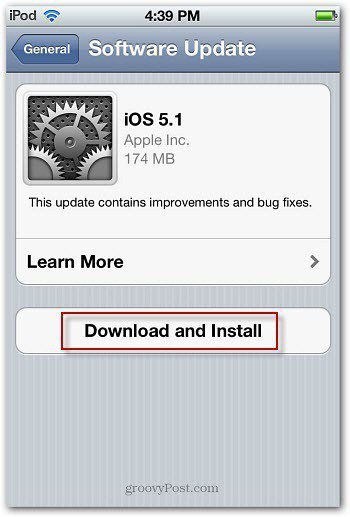 A message comes up advising you should connect your device to a power source, but you don’t have to, it’s recommended because the update process will drain the battery a great deal. Tap OK.

Note: I tested the update with an iPod touch unplugged from a power source — and an iPad plugged in to a wall charger. Both updates were successful. 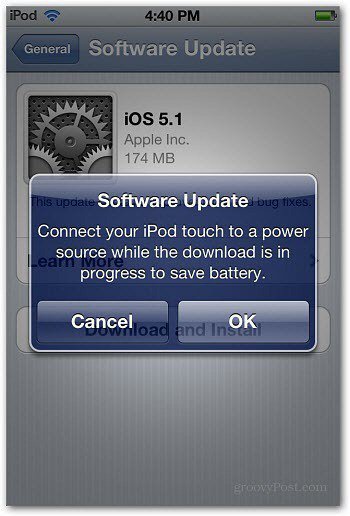 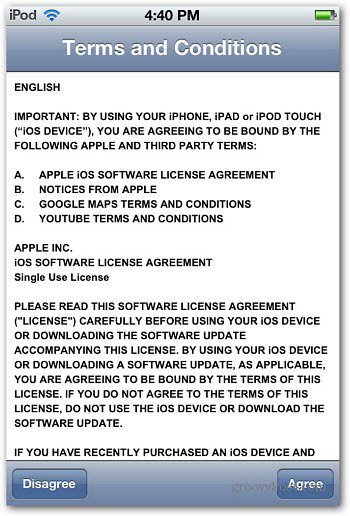 While the update is being downloaded, tap Learn More to see what the update includes. You can see a full list on Apple’s Site. 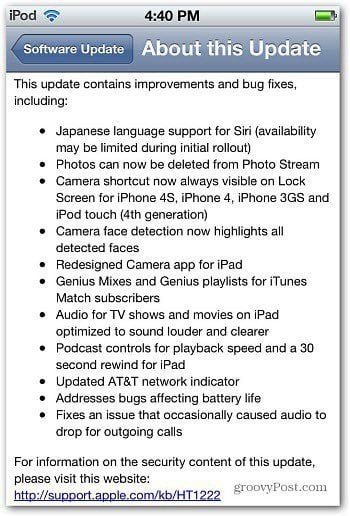 While the update is downloaded and installed, your device will restart a couple of times. 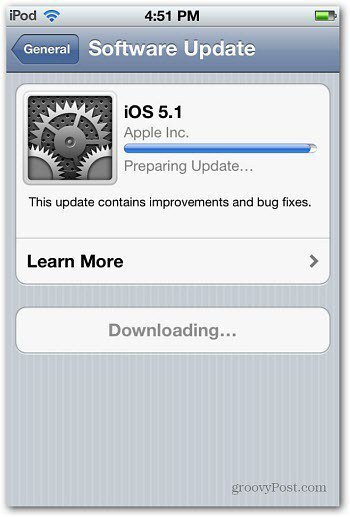 After a couple restarts of your device, the update will be verified. 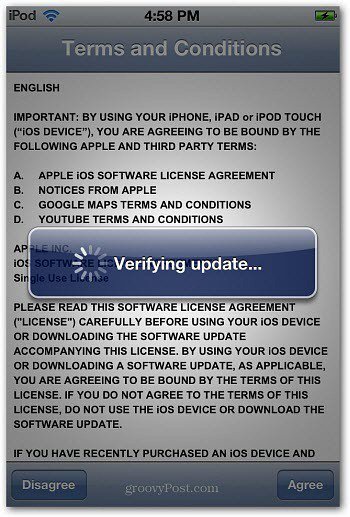 You’re done! On the Lock Screen you’ll see the new camera icon included in the 5.1 update. 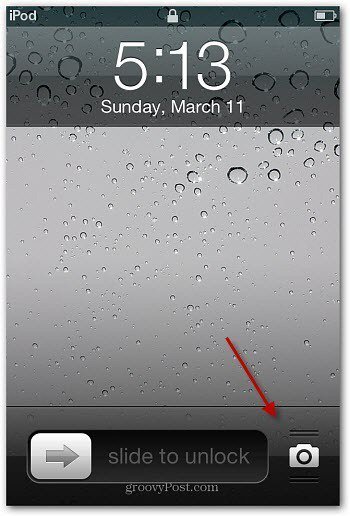 One of the cool features of the update for the iPhone and iPod touch (4th generation) is taking a picture by swiping the icon up on the screen. This lets you take pictures and video faster than navigating through the interface. 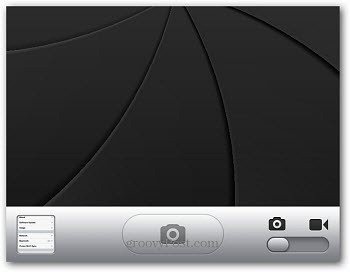 It’s best to plug your device into a power source. Here I started with a full battery, then after the update it’s just under half. 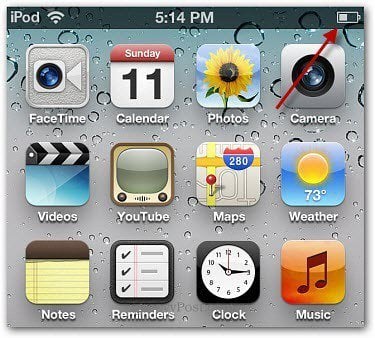 At lease you don’t have to use iTunes to update your Apple iOS devices anymore.