It has been a long wait for Sprint customers who have been expectant of the update since last September.  For most, they were assured that the phone’s Android update would be rolling out within the only a month or two; which seemed entirely plausible considering HTC’s Evo 4G was already running version 2.2 of Android since Summer, 2010.  The wait is finally over, as over the past few days Sprint has been rolling out Over the Air (OTA) updates containing the prized Froyo, Android 2.2.1.

Incase you aren’t in the loop with it, Froyo brings a surfeit of features and bug fixes that anyone owning a high end Android phone should have had to begin with.  The fact that Galaxy users had to wait this long for the upgrade is a bit ridiculous, but that will be soon forgotten now that it is here.  So what all is included in the Android update?  Here’s just a few highlights:

The one disappointing thing that they’ve missed however, is no added support for taking screenshots from the device.  Sure, you can root your newly Froyo’d phone and use a 3rd party app for screenshots –but I was hoping for some built-in support on this from Samsung, and it doesn’t look like that is going to happen.  With that said, everything looks good and here are a few screenshots of the 2.2.1 in action on the Galaxy Epic 4G: 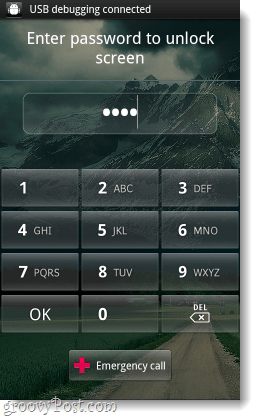 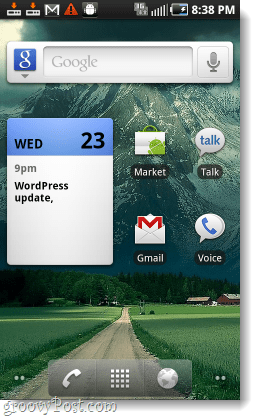 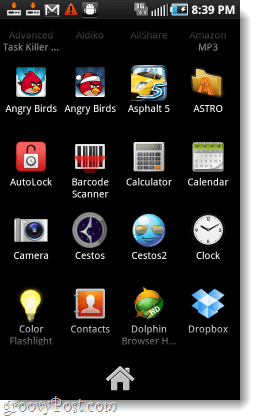 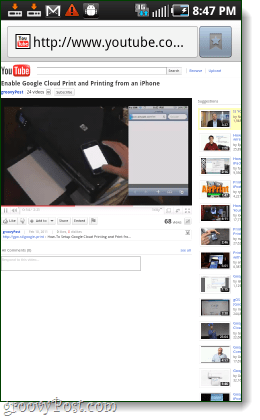 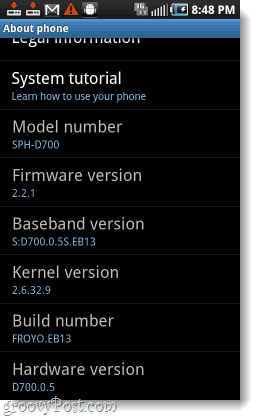 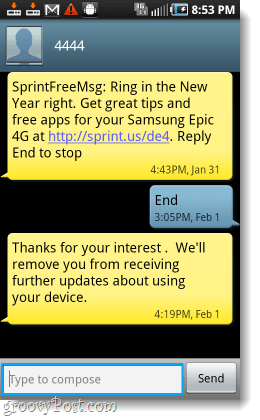 Can’t wait any longer? Bypass Sprint and update it yourself!

I just got off the phone with a Sprint technical support rep who said and I quote “The only way to update is to wait for the over-the-air upgrade to show up on your phone.”

Well, proving once again that “Technical Support” minions usually never know what they are doing – here is how you can upgrade your Samsung Galaxy Epic 4G to Froyo in just a few simple steps.

Note: Some people have voiced concerns about their data.  This method will not erase your data.  I repeat, your data, pictures, texts – everything is safe.  This is exactly the same as the OTA update that Sprint automatically does.

Warning: Sprint and Samsung have recalled this update, almost everything on it works fine – but it might cause your video camera to malfunction.  Some users have reported connection problems, but I personally have not seen any of those.

.  This update package comes directly from Samsung’s official website. (It’s listed as a Mac tool, but that is just silly…)

UPDATE: Samsung recalled the update so the file is no longer available on the official website.  You can still download a copy of it from this mirror.

Copy the freshly downloaded update.zip to the top folder of your phone’s SD card.* This can be done by plugging in your Galaxy Epic 4G to your computer via the USB charging cord that came with it.

*Depending on what Android web browser you are using, you could probably just download it using your phone with the link from Step 1…

This will boot your phone up into Recovery mode. 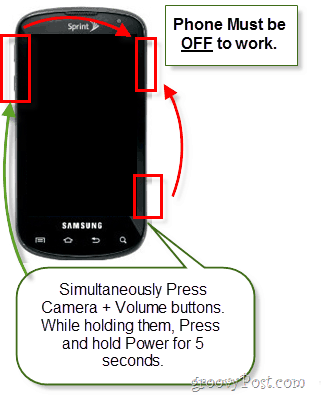 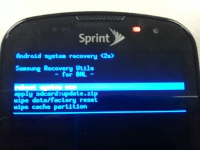 Wait… about 3-5 minutes. The update is installing. 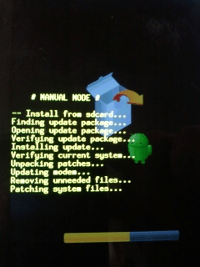 That was easy eh?  Now your Samsung Epic 4G is running Froyo, aka Android 2.2.1.  Performance is top notch, and a whole lot of problems are solved.  I talked to Beyond_Life about this earlier and he mentioned that since it was an upgrade directly to 2.2.1 there is no need to try to Lag fix the device.  Enjoy your Froyo!