Updating hardware drivers on your Windows computer is an important part of PC maintenance, but few of us do it regularly. DriveTheLife makes it easy.

Updating hardware drivers on your Windows computer is an important part of PC maintenance, but few of us do it regularly. One of the biggest reasons is because finding the right drivers for your PC’s internal hardware is a hassle, to say the least.

Sometimes Windows Update will provide you with updated drivers, but not always. DriveTheLife is a free utility that’s easy to use and will update all drivers in one fell swoop.

Editorial Update 3/2/2015: Thank you to all of you who sent us feedback about issues you were having with this software. We did some digging, contacted the company, and added additional information to this post. An official reply from the company is near the end of this post in blockquotes.

Do You Need to Update Drivers?

If you build your own PC, then yes, more than likely you will want to update your hardware drivers. And if you are building your own PC, you know how to get the drivers directly from the manufacturer and don’t need a utility like this.

If a hardware device isn’t recognized by Windows in Device Manager or isn’t working properly or at all, you’ll want to get a driver or update it. Unrecognized drivers usually happens when you install a clean version of Windows.

You might first want to try the Windows way of doing it. Open Device Manager, right-click the hardware device that isn’t recognized or needs an update, and select Update Driver Software. 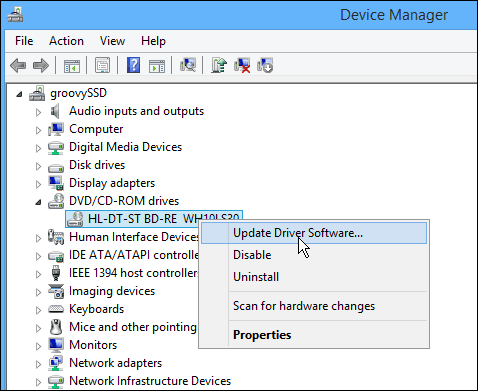 Then follow the wizard and Windows will try to find an updated driver. 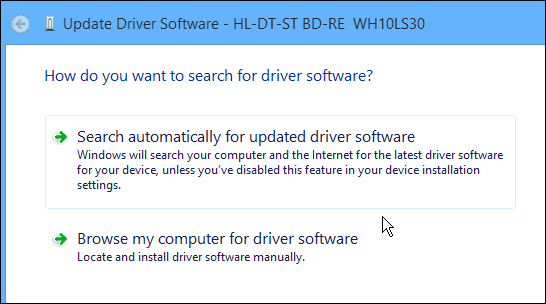 In the end, though, if everything is working fine on your computer, you can probably go without updating anything. What’s that saying…“If it ain’t broke, don’t fix it.”

Finding drivers can really be an annoying process in general, you need to go to the manufacture’s website, find your exact model, and make sure you’re downloading the correct file.

If you like to build your own PC or update its hardware,  manufacturer’s like NVIDIA for example, provide a utility that allows you to tweak settings and check for updates. 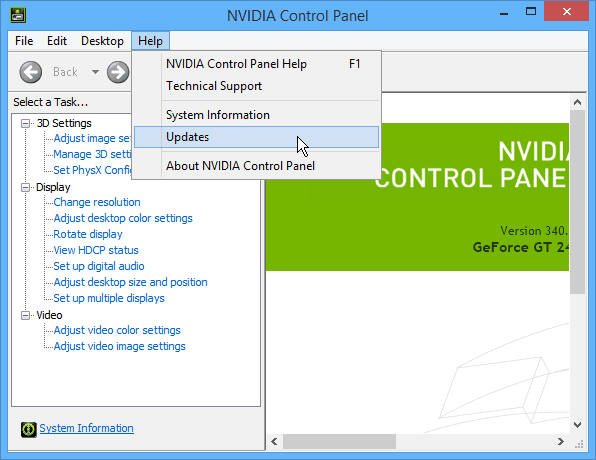 While that’s all well and good for a video card, there are a lot of other hardware components that need updating. There are other utilities that will find and update drivers out there, but I find DriveTheLife works faster and is easier to use.

Sometimes Windows Update will provide you with updated drivers, but not always. DriveTheLife is a free utility that’s easy to use and will update all drivers in one fell swoop. 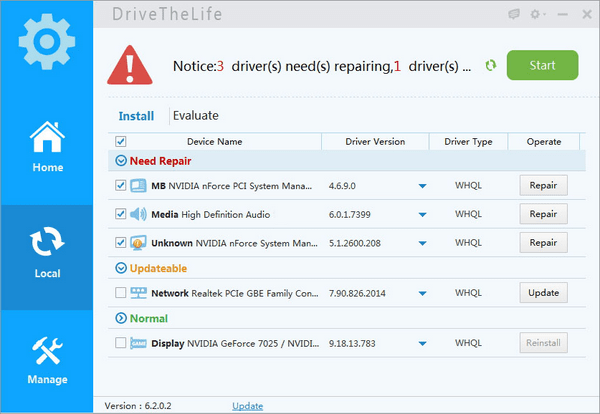 If there is a driver to be updated, just click the update button and sit back while the update is installed.

It backs up your current drivers too — in case you need to do a rollback if the updated version doesn’t work. And it will help you with the uninstall process and it repairs missing or corrupted drivers. 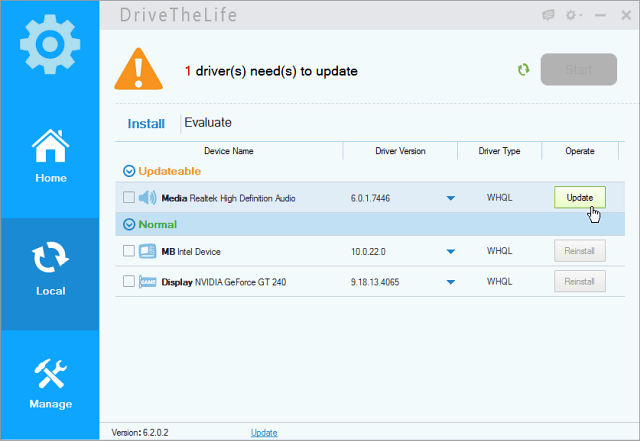 I tested it out on several of my computers and it indeed did find out of date drivers, and I was able to update them with just a click. On older hardware, though, the initial scan can take several minutes, but that’s to be expected and your mileage will vary.

It works with Windows 8, 7, Vista, and even XP if you’re still using that for some reason. I was able to use it on Windows 10 tech preview too.

Updating drivers can be a tricky affair, and sometimes the updates will break the component’s functionality. If that happens, you need to roll back the driver. The good thing about DriveTheLife is, it automatically backs up the current version of your driver, before installing the update. And if something does go awry after the update, it helps you roll back the driver through its interface.

To do that, go to Manage > Restore and check the device you want to restore the driver for. 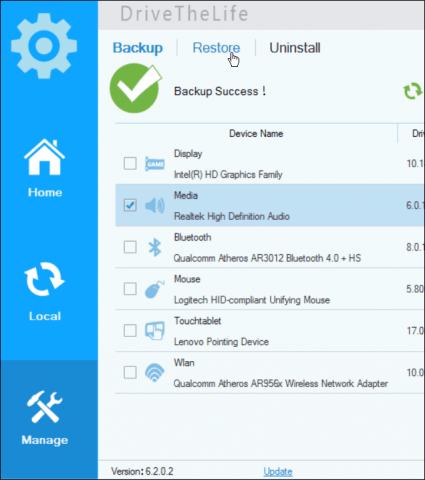 Editor Update: I’m getting feedback from a couple of readers who are telling me that this registers as malware, specifically the security utility Malwarebytes.

I have run this through VirusTotal, which scans it with over 50 different anti-malware utilities. And Malwarebytes is included in that list. No malware is found by any of the security apps — here are the scan results.

I also contacted the company and provided your feedback about the Malwarebytes issue, and this is the response we received:

Thank you and your readers’ feedback. We have noticed the problem and will fix it soon. However, it is not a serious problem as our developers said.  So just take it easy, there won’t be any malicious files in our software.
Kind regards,
Olivia Lewis
www.drivethelife.com

Unlike other sites, we would NEVER knowingly write an article about a software program or app that has malicious spyware, malware, viruses…whatever you want to call it. We do indeed scan ALL of the software we write about with VirusTotal, and test it thoroughly on multiple computers of our own.