Cortana is the digital assistant for Windows Phone and now in Windows 10 and when “Hey Cortana” is on, it’s always listening which can make it come on unintentionally.

Microsoft’s digital assistant, Cortana, first appeared on Windows Phone 8.1 and has migrated to Windows 10. The “Hey Cortana” feature allows you to activate the digital assistant by voice and use it. Here’s how to enable this feature or turn it off if you when don’t need it.

I like to use the “Hey Cortana” feature because it’s always listening, and makes it easy to launch programs, settings, create appointments and reminders…etc. However, if I’m using my laptop while listening to a podcast, music, or watching Netflix, sometimes Cortana can turn on and start launching things – which can be annoying.

Update: Microsoft has decoupled Cortana from Windows Search and a lot of its settings have changed over time. This article has been updated to reflect those changes.

Turn Windows 10 “Hey Cortana” On or Off

Since the updates, you can get Cortana to respond by saying either: “Hey, Cortana,” or simply just “Cortana.” To get started, make sure you’re signed into the Cortana app. 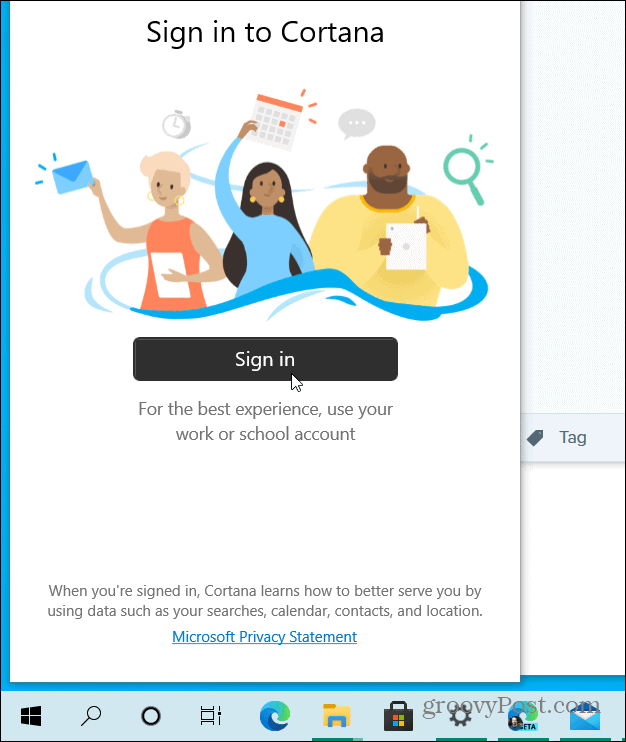 To turn it on, launch the Cortana app from your taskbar. Then click the menu button (three dots) on the left-hand side and click Settings. 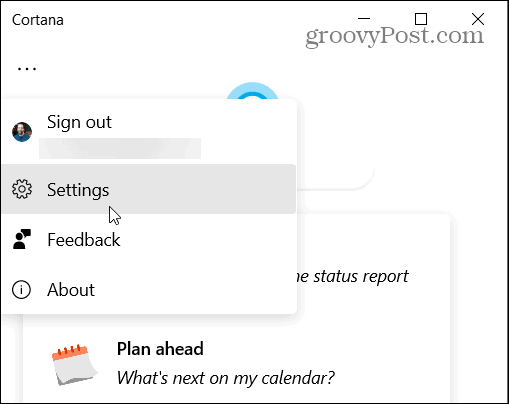 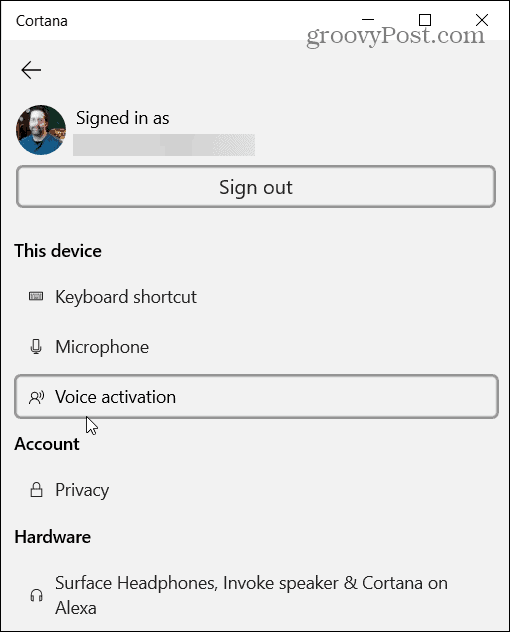 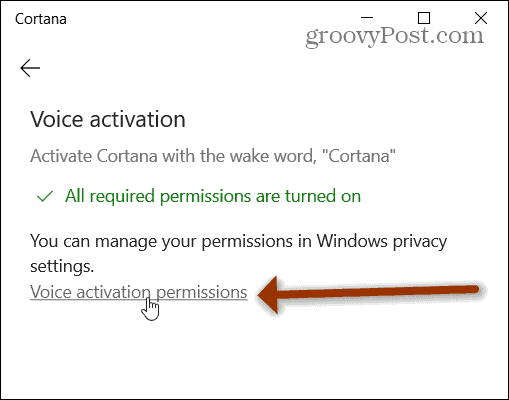 If this is the first time using Cortana to open Settings, you will need to click Yes to verify.

Now in Voice Activation Settings, you want to make sure that the “Allow apps to use voice activation” switch is enabled. 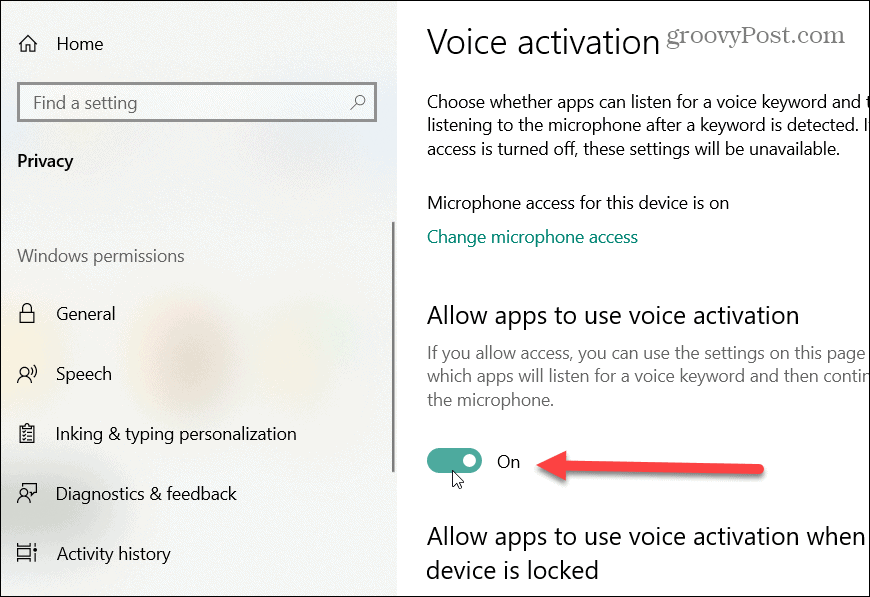 Then scroll down to the “Choose which apps can use voice activation” section and turn on the switch to let Cortana respond to the keyword. Here you can also flip the switch for Cortana to respond when your PC is locked. But that’s optional. 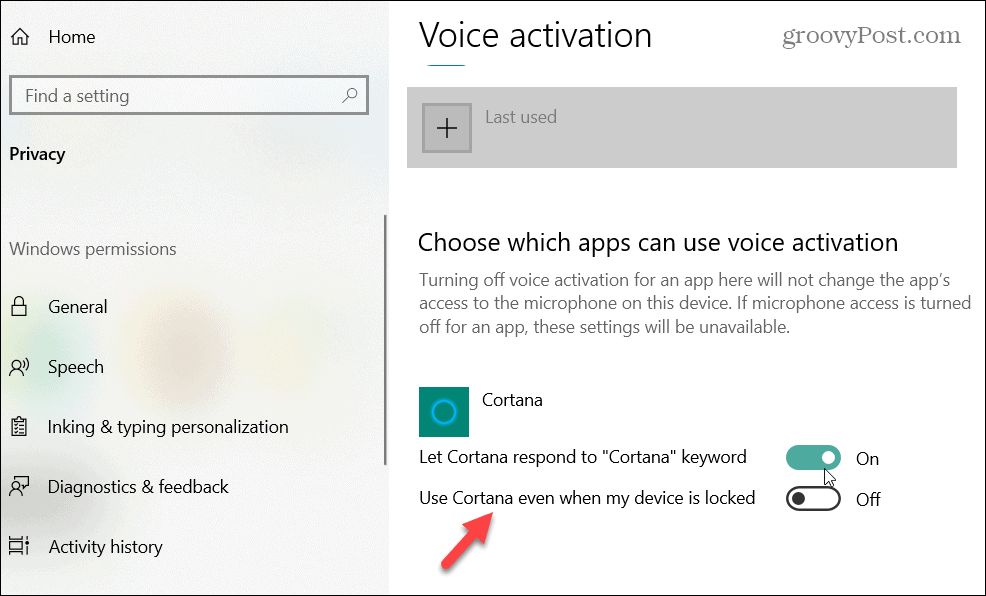 To turn Cortana’s responding to the keyword off, just go back into Settings and flip off the switches you enabled. And that’s it.

All digital assistants seem to have the problem of activating due to background noise. From Google Now to Siri and even Alexa on Amazon Echo is guilty. So if you have one of those digital assistants on your phone or other devices, you’ll want to toggle the “always listening” feature off on those.

We haven’t even touched the surface of what Cortana can do, but if you are concerned about privacy, we did show you how to erase your search content from Cortana’s database. We will have a complete guide on setting up and using it coming soon.

But, if you’re just getting started with Cortana in Windows 10, this should take care of at least one thing that might annoy you at first.

What’s your take on Cortana, and more specifically, the “Hey Cortana” feature? Leave a comment below and let us know.