If you’re an OCD Windows power user and rarely shutdown or restart your computer (like me), you might want to keep track of the reason why you’re doing it.

If you’re an OCD Windows power user and rarely shut down or restart your computer (like me), you might want to keep track of the reason why you’re doing it. It’s easy to do by enabling Shutdown Event Tracker, which allows you to input why you’re shutting down and track the reasons via Event Viewer.

Update: Shutdown Event Tracker only Applies To Windows 7, Windows Server 2008 R2; however, Windows 7 is no longer supported by Microsoft. And Windows 8.1 is reaching the end of mainstream support. This is what Microsoft says about 8.1:

Shutdown Event Tracker is a feature in Server 2003 for IT admins to keep track of why servers are rebooted. But it can also be enabled on your home version of Windows 7 and above.

To enable it, open Start in Windows 7 or Run in Windows 8.1 and type gpedit.msc to open Group Policy Editor. Once open, go to Computer Configuration > Administrative Templates > System. Then in the right panel, double-click on Display Shutdown Event Tracker. 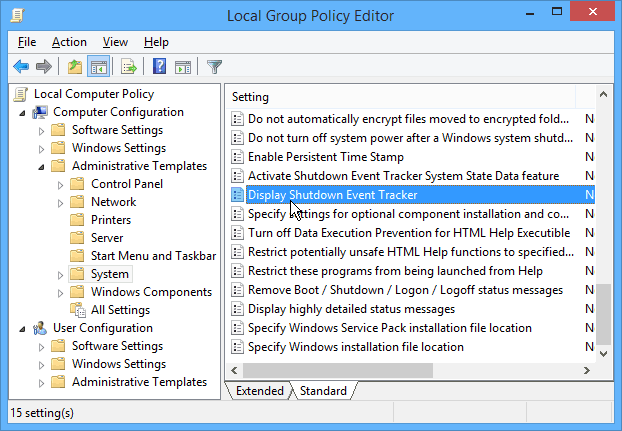 Then set it to Enabled, and under the Options section, select Always, and closeout of Group Policy Editor. 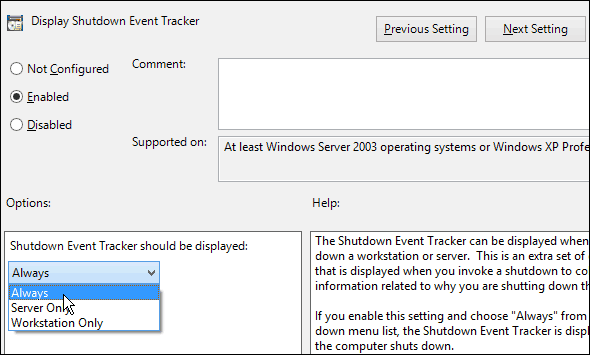 The next time you shut down your restart your Windows 7 computer, the following windows will come up. Windows 7  allows you to leave a comment on why you’re doing it. 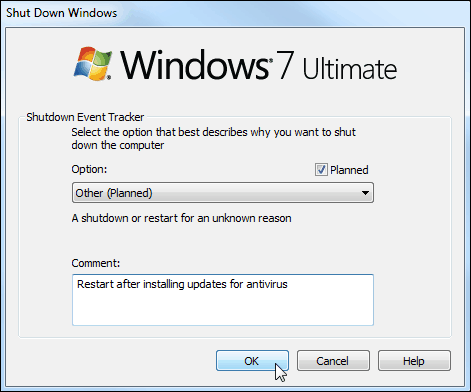 Windows 8.1 doesn’t allow you to leave a comment, but it does have several planned and unplanned reasons. 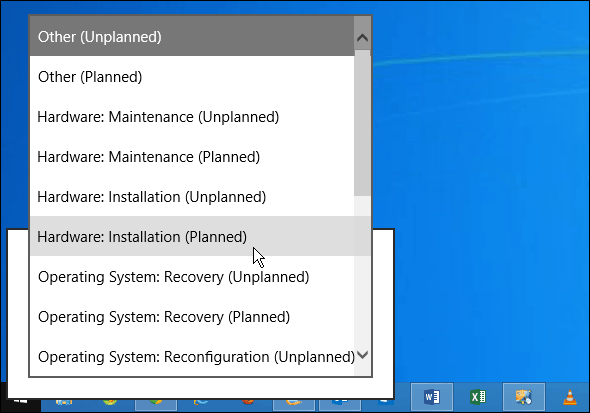 Note: Since this requires hacking the Registry, back it up first or set a Restore Point.

Open the Registry Editor and navigate to HKEY_LOCAL_MACHINE > Software > Policies > Microsoft > Windows NT > Reliability. Then double click on ShutdownReasonUI and ShutdownReasonUI and change the Value Data to 1; if you don’t see that in your registry, just create the key and values. 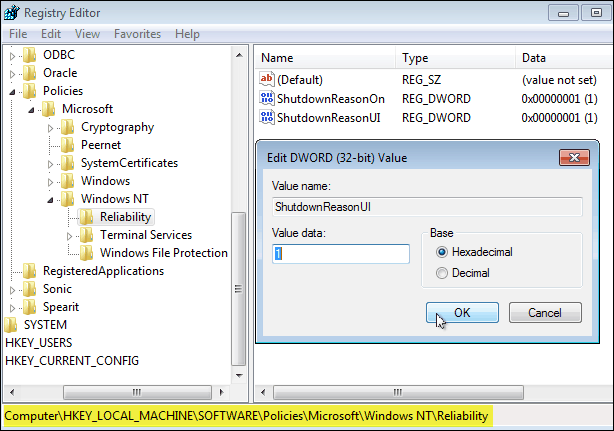 Closeout of Registry Editor – no reboot is necessary – then the next time you shut down or restart, you’ll get the same Shutdown Event Tracker shown above in professional versions of Windows. For example, in the shot below, you can see I am running Windows 7 Home Premium. 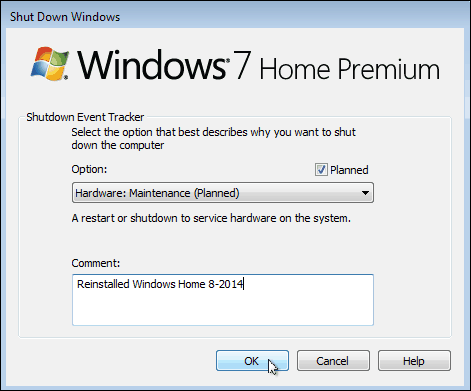