If you have a Microsoft account, you get 7GB of storage on SkyDrive for free. If you just want to sync specific files from the cloud to your computer, check out the Selective Sync feature.

Back in November of last year, Microsoft released updates for its SkyDrive desktop program. Not only does it allow for Dropbox-like sharing, but also includes a Selective Sync feature. This lets you choose only the folders you want to sync from SkyDrive.com to your computer.

Right click the SkyDrive icon on the system tray and select Settings. 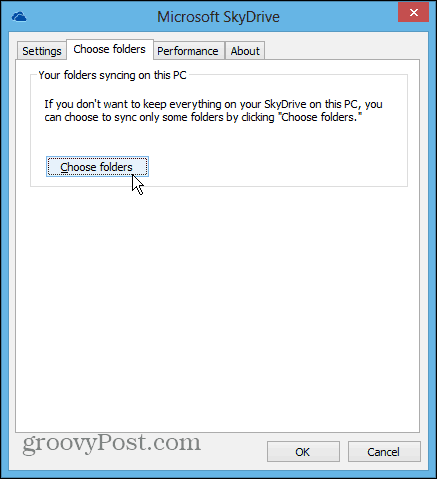 This gives you a list the folders you have on your SkyDrive. Just go through and uncheck the ones you don’t want to sync to your computer. Everything you’ve stored in SkyDrive is still there, but it will only sync what you want to your computer. 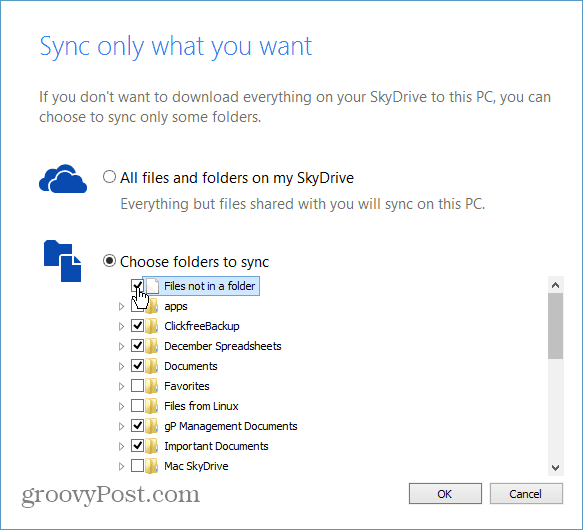 Remember that with your Microsoft account, you automatically get 7GB of space in SkyDrive. And you can access it from Android and iOS devices too – but the iOS app doesn’t work nearly as good as the Android version. The service has improved a lot over the past year, and its features rival that of Dropbox.