Star Trek: Discovery is debuting next month. The first episode is broadcasting free over-the-air, but the rest of the season is only available via stream.

If you consider yourself a Trekkie or Trekker, you should know that a new Star Trek series is joining the franchise — Star Trek: Discovery. The new series will premiere September 24th on CBS broadcast television. If you’re a cord-cutter you’ll need to have an antenna to receive the transmission over-the-air (OTA) in HD. Or, if you subscribe to a live TV streaming service such as Hulu Live, Sling TV, or PlayStation Vue, your package will need to carry a local CBS affiliate station. However, once the debut episode of Star Trek: Discovery is broadcast OTA, you’ll need to stream the rest of the 15-episode season online through its CBS All Access subscription service.

This is an obvious marketing ploy by CBS. It’s giving away the first episode to entice fans to purchase the CBS All Access service. To further tease you to do an impulse buy, the second episode goes live the same night on the streaming service following the OTA broadcast. CBS isn’t going to dump the entire 15 seasons at once either. The first eight episodes will run through November 5th and the second half of the season won’t launch until January of next year. Since they are staggering the rollout, it throws a wrench into plans of just buying one month to binge on the show and then cancel – unless you want to wait. 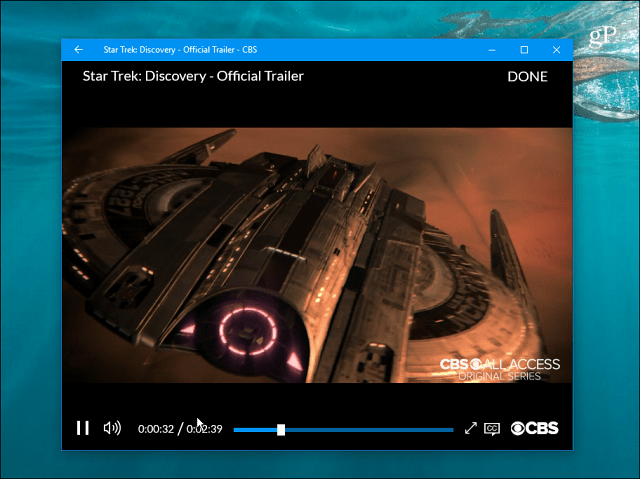 CBS All Access offers new subscribers a seven-day free trial. After that, plans start at $5.99/month or $59.99/year and includes commercials. If you want your viewing experience to be commercial-free it will cost you $9.99/month or $99.99 for the annual subscription. A CBS All Access subscription gives you more than just the new Star Trek Discover series. You get live CBS programming as well as its entire library of current and classic shows on-demand. Yes, that includes the full Star Trek series, too (TOS, TNG, DS9, Voyager, Enterprise and the animated series).

You can watch CBS All Access via a browser from your Mac or PC. It’s also available for most of the major set-top boxes including Roku, Apple TV, Chromecast, Amazon Fire TV, PlayStation 4, and Xbox One. It also works through the CBS app for from iOS, Android, Windows 10, or Amazon’s Fire OS.

Are you excited about the new Star Trek series? Will you pony up the five bucks a month to watch it on CBS All Access? Leave a comment below and let us know your thoughts.