It’s great that Microsoft has a system set up to hear from users directly, but sometimes you don’t want to be bothered when trying to get things done.

Microsoft wants to hear directly from its users about Windows 10 features and ease of use. However, you might find that it becomes annoying when it’s asking you too much. Here’s how to limit how often you’re asked for feedback or turn it off entirely. 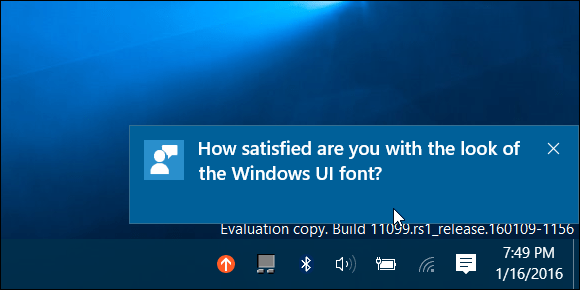 Example of Windows 10 notification asking for your feedback

The Windows Feedback feature was introduced in the preview builds of Windows 10 for Insiders but has made its way to the final stable versions for consumers. It provides a good way to let Microsoft know what you like or don’t like about the new OS. You can also see what other users are saying and vote up their requests and comments in different categories. 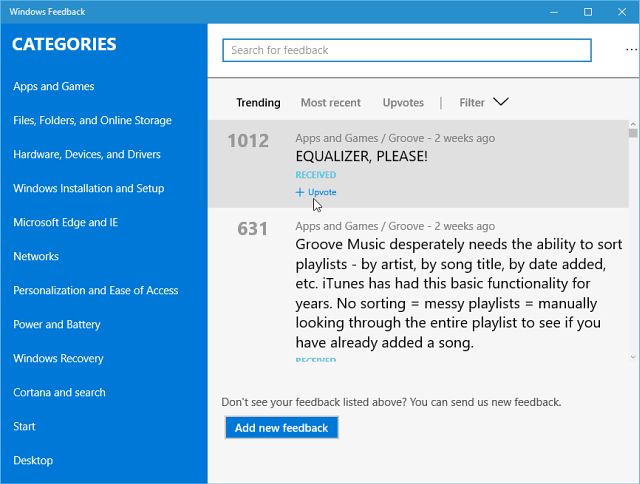 To take control of how often Windows 10 asks for your comments, open Settings, and select Privacy. 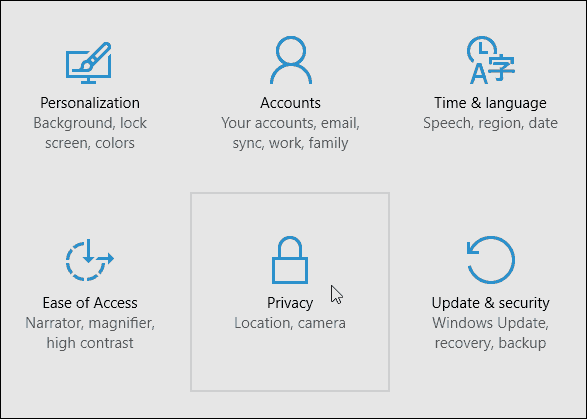 On the Privacy screen, select Feedback & diagnostics. Then on the right, under Feedback frequency, use the dropdown to choose how often Windows 10 asks for your feedback. 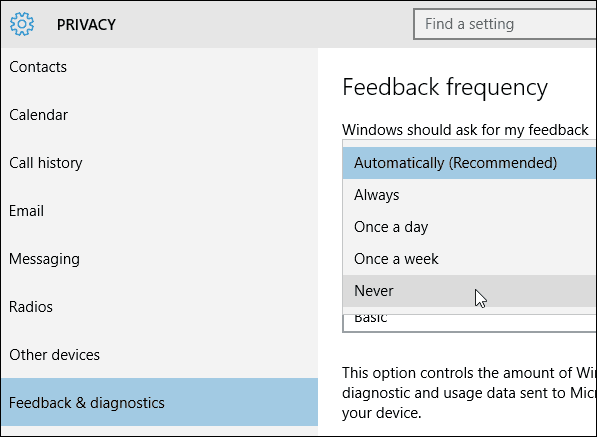 Of course, Automatically is selected by default, but you can change it to anything from Always to Never. If you want to provide feedback, occasionally choose one of the options in-between.

It’s great that Microsoft has a system set up to hear from users directly about Windows 10, but sometimes you don’t want to be bothered with requests, especially when trying to get things done.

Also, if you do turn off the feedback frequency, you can always access the Windows Feedback app at any time.

What do you think about Microsoft’s feedback feature? Leave a comment below and let us know your thoughts.