Something trendy or fashionable online a few years ago doesn’t mean you need to keep using it. Here are some online alternatives to consider switching to.

Websites, software, and apps all come and go, with new ones being added all the time. This means that something online which was once fashionable may now actually be obsolete with something better which has come along.

This means it would be an excellent idea for you to take a look at your current installations and website choices. Then decide if it is still the best site or app for the job. If not, you may want to consider these online alternatives instead.

Don’t get me wrong. If something old still appeals to you, then, by all means, keep using it. I am not criticizing people for using old software. I mean, you’re talking to the guy who refused to give up Winamp for a long time after it was gone. Google Picasa too.

Loyalty to a product is good, but if there is something cheaper and better that serves your needs more efficiently, you owe it to yourself to at least look into it. 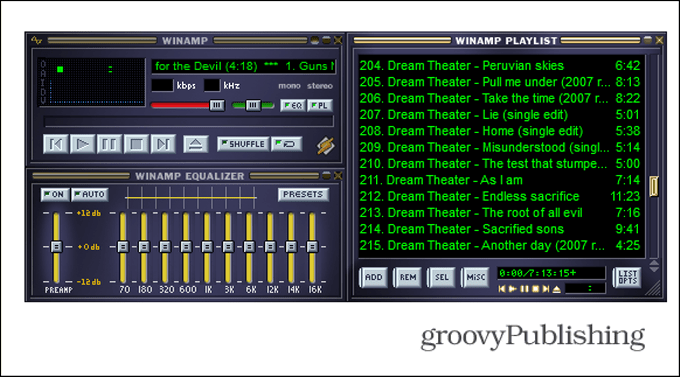 I never thought I would ever see myself saying this, but it looks as if Paypal and I might be parting ways at some point soon. They have blundered one thing after another with me during the past 6 months, and my patience with them is almost over.

Valid bank accounts have been declared fraudulent and disconnected from Paypal, money was frozen due to “suspected money laundering,” and valid payment disputes have been rejected….you seriously couldn’t make this stuff up.

That is why I have started using Revolut, hoping to persuade my work clients to set up accounts. With Revolut, you can set up local bank accounts in the US, UK, European Union, Australia, and more. Money deposited there goes straight into your Revolut account at the actual exchange rate (not Paypal’s outrageously high rate). Or you can transfer from one Revolut account to another instantly.

Fees are low to the point of being virtually non-existent, and the smartphone app makes it easy to check your balance. You also get a Mastercard debit card for paying in shops and withdrawing from ATMs. You can get virtual cards for one-off online purchases. You can convert to and pay in cryptocurrency, and stock trading with your balance is coming.

The only downside is that Revolut does not yet support Apple Pay. But they promise it’s coming. However, it is compatible with Google Wallet, and users have reported connecting it to online services such as iTunes and Spotify.

Another alternative to Paypal and Revolut is Transferwise which I am also trying out.

Again, I am a bit disheartened to be saying this about a service I have long loved, but Skype is no longer on my favorites list. I used to be a huge enthusiast, but then Microsoft got their grubby mitts on it. The Redmond virus is slowly degrading what was once a magnificent product that totally revolutionized the telecom industry.

The current macOS version, in particular, is a travesty. Don’t even get me started on it. As far as Windows is concerned, the day they scrapped the standalone desktop version in favor of the Windows 10 store app was the day I used bad words very liberally.

So what are the alternatives? Thankfully, you do have a lot of options when it comes to VOIP and video conferencing. I can’t believe I’m saying this, but Facebook Messenger is actually quite good. So is Signal, and if you are an iOS user, Facetime kicks butt.

But my all-time favorite now is Zoom, which is earning rave reviews and plaudits from users. High-quality audio and video rarely dropped calls, and group chat is just a few of its great things. There is a browser extension and, of course, smartphone apps.

I remember the glory days of Google Reader and RSS feeds. But then Google shut down Reader in 2013, and RSS started its long slow decline. For those of you who never used RSS or are too young to really remember, RSS was when you were saved the laborious and tedious task of checking your favorite sites every day. Instead, you could subscribe to the site’s RSS “feed,” which sent new articles to a “feed reader” (such as Google Reader).

Despite what many people say, RSS is not dead. I still use it in a scaled-back form using Bazqux. Others use readers, such as Feedly. Digg Reader was a good one until Digg recently shuttered it. As a tech journalist, RSS is invaluable to me to keep up with various story sources. It is free from social media algorithms that think they can decide what I should and should not see. 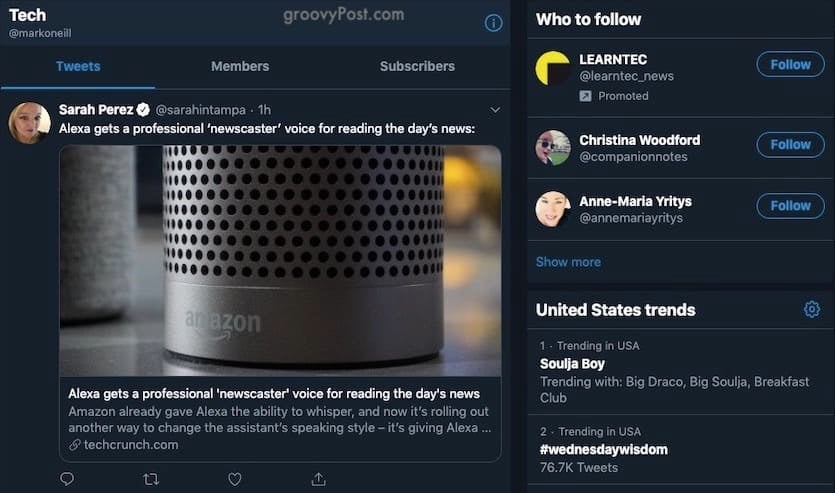 But despite that, many of my freelance colleagues are now turning to social media, particularly Twitter. There are two ways to go about it. One is to set up curated lists on Twitter with the Twitter feed for each site (so a “tech” list for all the tech feeds, etc.).

The alternative (and my preference) is to set up a whole new Twitter account. This would be completely private and not used for interacting with people. Instead, it would only be used to run my feeds through. The benefit here would be easier social sharing. The downside? The increased risk of missing something if your feed is constantly updating.

Since email was invented, people have been complaining about how many emails they get. Whole cultures have been formed around Inbox Zero, and recently someone even suggested Inbox Zero should be sent to a retirement home in the cloud.

I’ve never understood people with unread email counts of 10,000 or 20,000….to me, that is a symptom of no organizational discipline rather than a dysfunction around email itself. Have these people never heard of bulk filters and the spam button? 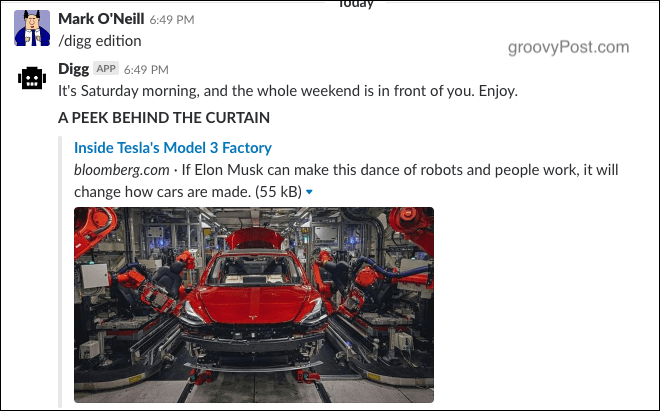 I am not normally a big fan of chat rooms, but Slack seems to be the antidote to people suffering from “email-alitis.” Quick queries can be sent to your team via Slack, and companies can use Slack to fulfill support tickets, amongst other things.

I wrote a Slack guide not long ago, but abandoning email for Slack is only really an option for business teams. If you want to keep in touch with your mother, maybe a phone call?

Google has always been, is, and will continue to be “The” search engine online. I don’t foresee any possible realistic scenario where someone is going to topple them from the throne. But that doesn’t mean you automatically have to drink their Kool-Aid. In fact, you should not be using them from a privacy point of view. 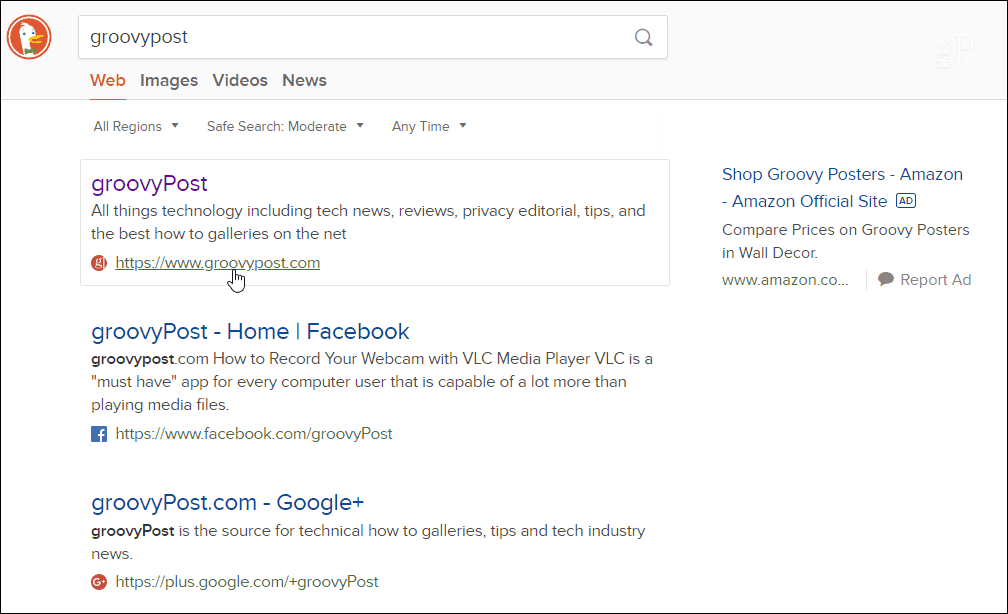 Instead, use DuckDuckGo. There are many other similar privacy-focused search engines, but I like DuckDuckGo (despite the silly name). The ironic thing about people who adamantly declare that they will never stop using Google is that they don’t realize that DDG uses Google’s search index. The only difference is that DDG strips out all the tracking first before delivering the results to you.

So, in other words, you’re getting the same results but no adverts based on what you’ve just searched for. How is that a bad thing?

You might think this is odd, considering that Chrome and Firefox have browser sync features. So your bookmarks can follow you around from one computer to the next. But I have found Pocket to be just as good, if not better.

For a start, the bookmarks are merely a list of titles in a browser. In Pocket, you also get the article’s first image, so it is easier to find what you are looking for when scrolling. Pocket also supports bookmarking of videos, so you can do away with that “Watch Later” list on YouTube. 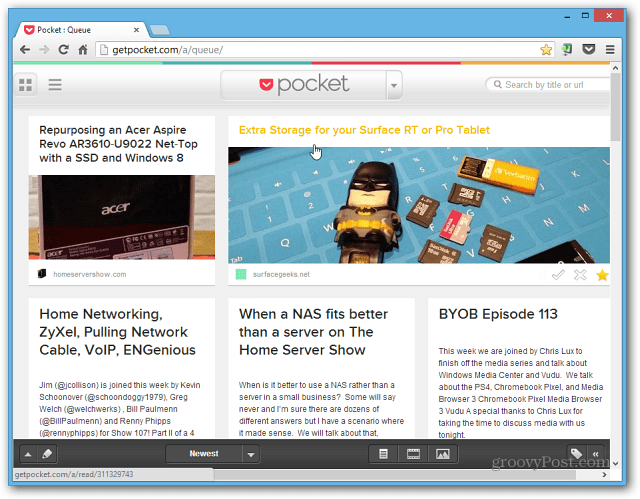 Searching for particular links on Pocket is easier, and the paid version downloads a copy of the article, so if the page is subsequently pulled, you still have your copy. You can also have articles read to you.

I’m sure some other websites and services have better options now. Or maybe you disagree with some of my replacement suggestions? In this case, the comments section below is the place to set me right. Go for it.