If you want to impress your friends and co-workers, check out how to shut down your Windows PC with just your voice using Cortana and a shortcut.

The digital assistant in Windows 10, Cortana, has several cool abilities and Microsoft is increasing its abilities on a continual basis. In fact, we just reported on a new ability – Cortana suggested reminders that are triggered by email.

While you can use it to open apps with your voice, you can’t close them or do other system functions like restarting or shutting down your PC.

If you like to use voice commands with your Windows 10 device, this trick will let you restart or power it down with your voice. Plus, your friends and co-workers will be impressed and wonder how you did it!

Shutdown or Restart Windows 10 with Cortana

First, hit the keyboard shortcut Windows Key + R to open the Run dialog box and type in the following path: 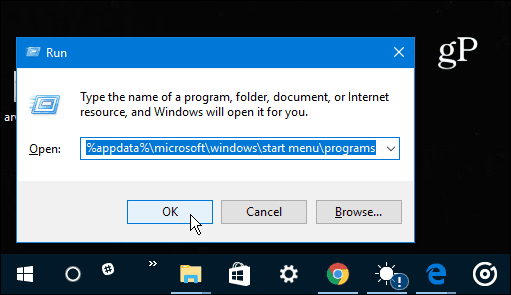 Either you get there, you’ll see the following screen in File Explorer. Right-click and select New > Shortcut. 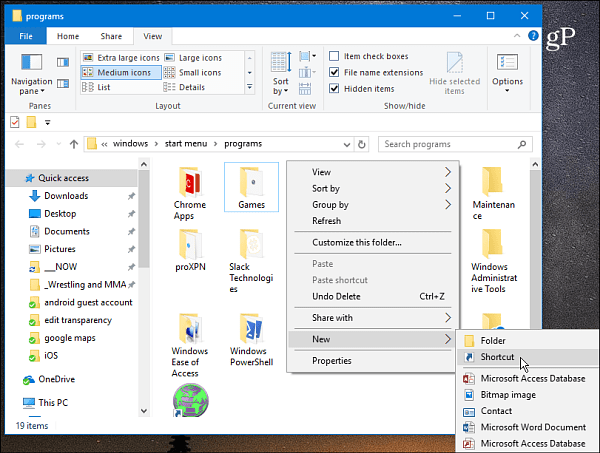 The Create Shortcut wizard will start. In the location field type: shutdown.exe -s -t 60 and hit Enter or click Next. Then name the shortcut Shutdown. 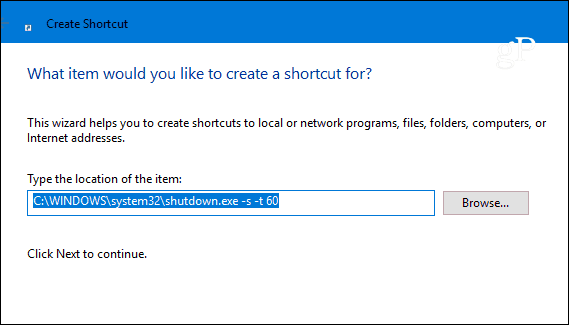 Now you can open Cortana and click or tap the microphone button and say “Open shutdown dot exe”. Or, if you have the Hey Cortana feature enabled you would say “Hey Cortana. Open shut down dot exe”. You’ll see Cortana is executing the command. 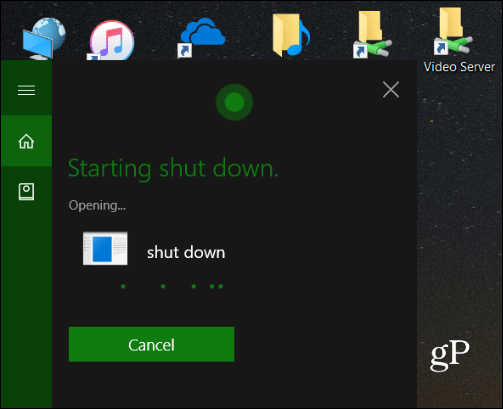 Then you’ll see the following message notifying you that your computer is about to shut down.

If you want to use your voice to restart your Windows 10 device, go through the same steps above for creating a shortcut, but type: -r -t 60 (you’re just swapping out the ‘-s’ with ‘-r’ and give it the name Restart).

It’s also worth mentioning that you can change the value after ‘-t’ to whatever you want. The numerical value is the number of minutes that pass before it executes. For example, I set my restart shortcut to ‘-r -t 30’ because I prefer a restart to happen faster. You can change that delay any time you want, just right-click the shortcut and select Properties. Open the Shortcut tab and change the time value in the Targe field. 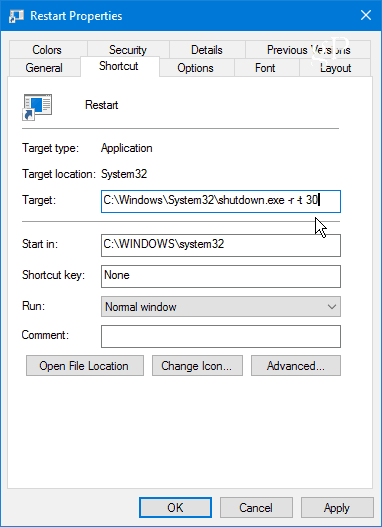 In my testing, Cortana can be finicky and not always do what you want. For instance, sometimes it would pop up what I said in the Edge browser with Bing results. Also, sometimes I can say “Launch shut down dot exe” instead of “open shut down dot exe” and sometimes I didn’t need to say “dot”. So, just keep in mind that your mileage with this trick may vary depending on your PC or device setup.

Do you use Cortana on your Windows 10 PC or mobile device? Let us know in the comment section below. And for more on how to use it, check out our archive of Cortana tips and tricks.