Signal is a messaging app with end-to-end encryption for your phone that also includes features like disappearing messages. Here’s how to use it.

Disappearing messages are a Signal feature that can help you keep your communication even more private. You can even decide the duration after which they will be gone. Here’s how you can use it.

Ever since the WhatsApp privacy policy change, a lot of people have decided to move to Signal, as there are many good reasons for doing so. Signal is easy to set up, as you can see here. It also has a lot of features and offers secure communication, without compromising your privacy.

Now, while Signal may encrypt all of your messages, you still might want an additional layer of security added to your communication. Maybe you want a more Snapchat-like experience, where messages simply disappear after a specific amount of time.

Signal offers this and the great part is that the interval after which they disappear is up to you. Just as long as it’s between five seconds and one week, it can be whatever you want. WhatsApp also has a similar feature, but messages can only disappear after a fixed period of one week.

Of course, if the other person wants to screenshot the message (or take a picture), nothing is stopping them.

Note: the screenshots below are taken in the Android version of the Signal app. However, the process in the iOS app is very similar.

Set Up Disappearing Messages on Signal

The process of setting the feature up really couldn’t be easier. After opening the Signal app, open the conversation that you want to enable the Disappearing messages feature for. It is important to remember that this is a feature that both parties can control. Therefore, if you decide to enable it and your conversation partner decides against it, they can always disable it quite easily. For the sake of this example, we’ll assume that it is not the case.

Once you’ve opened the conversation, tap the three dots – menu button on the top right side of the screen. A menu will appear. In the said menu, tap Disappearing messages. 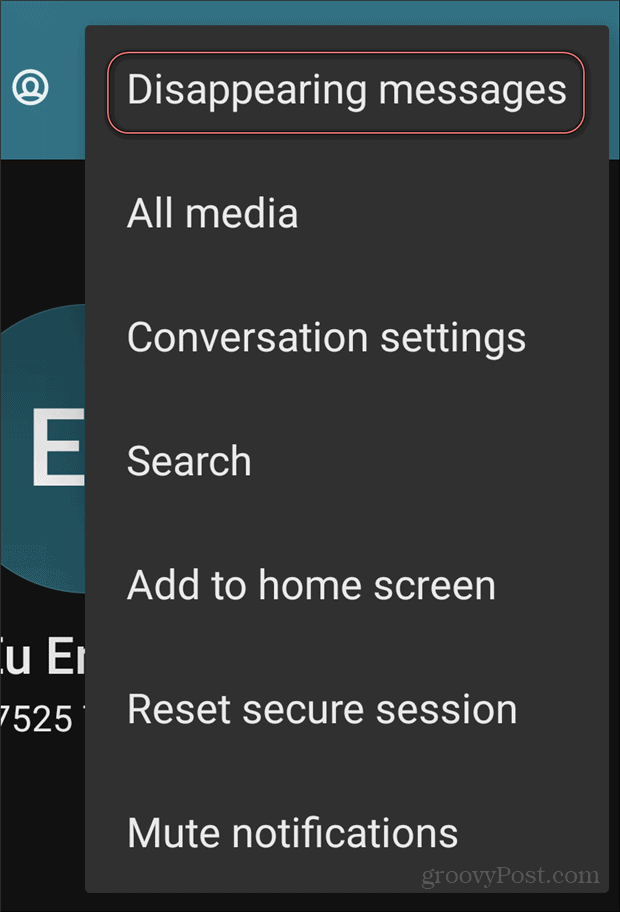 This will open a screen overlay, in which you will be able to set the amount of time until the message disappears. Select whatever you think is suitable for your conversation.

It could be as little as 5 seconds — if you want messages to go away almost immediately. At the opposite end of the spectrum, you can set the time up to a week. This gives you privacy, but also the ability to revert to the communication history. 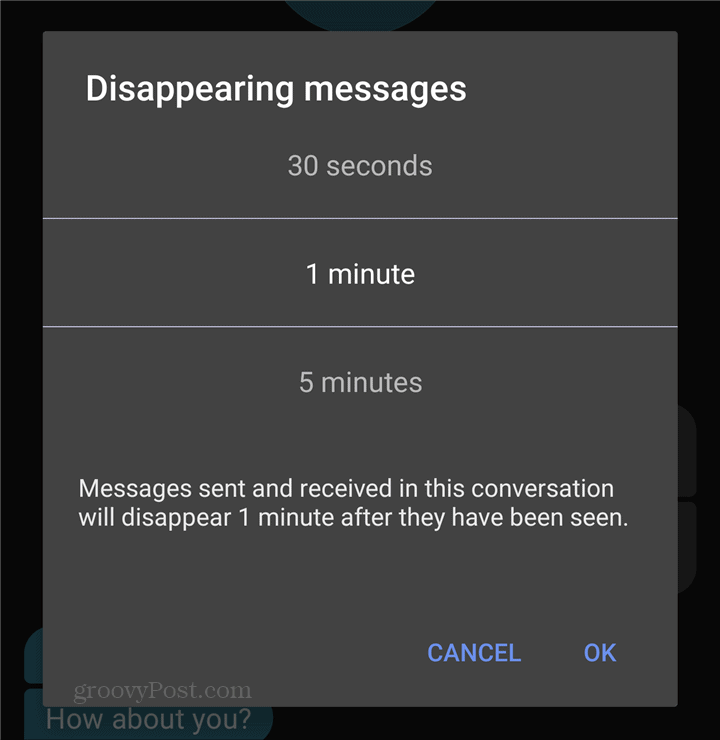 On iOS, it’s a question of tapping the contact’s name and switching the feature on. Then, you can select the interval.

Once you’ve made your selection, these messages will have a timer icon (shown below) next to them. That lets you know the message is in the process of expiring. 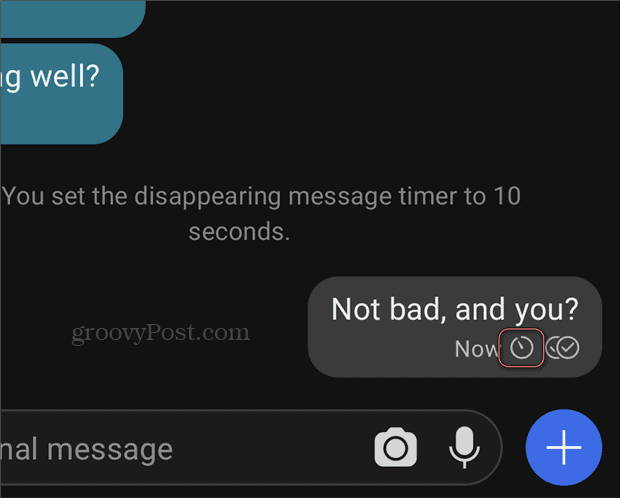 When does the countdown start, though? For the sender, the timer starts when the message is sent. For the receiver, it starts the moment it has been read.

If you want to switch the feature off for the current conversation, you can by selecting Off. If you’re on an iPhone, you’ll just need to tap the name of the contact and switch off the feature.

Disappearing messages are a great feature to have, offering you more privacy in the Signal app.