If you use Facebook for iOS and like to upload videos to Facebook, it’s not set to record at the greatest quality. Change it to HD quality recording for the popular social network.

If you use Facebook for iOS, congratulations for putting up with it! It’s always randomly quitting on me, which can get quite annoying. You may also notice that it doesn’t default to HD recording.

That’s okay, but uploaded video is compressed anyway. This means that you are compressing video that already isn’t at top quality. So here’s how to change it and get better quality recording up on the popular social network.

It’s pretty easy to set up. Here I’m using my iPhone, but it’s the same on iPad and iPod touch as well. You must first go into your settings on your device and scroll down until you find your Facebook app settings. Then under Settings, tap on the Facebook app. 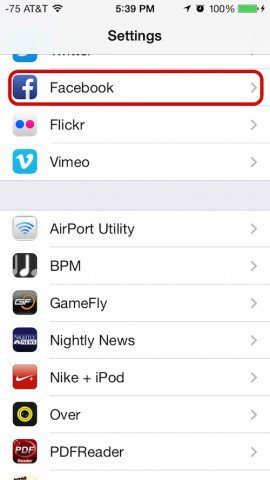 Next tap on the app’s individual Settings. 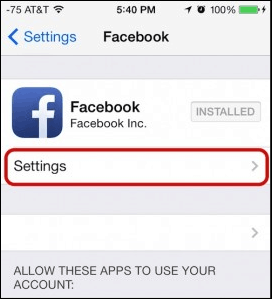 Scroll down and you’ll see the option to Record HD Video under Photo and Video. Tap it to turn it on. In iOS 6 it will say “On.” In iOS 7, it will show up green. Know that the process is exactly the same in both operating systems. 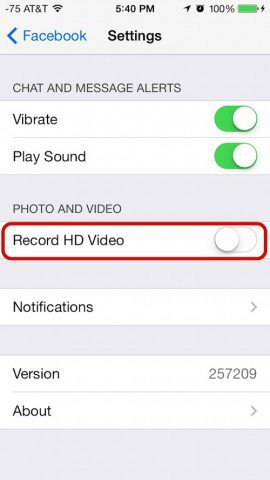