If you want to send feedback to Microsoft about the newly revamped Outlook.com you can easily do it from within the web app. Here’s how to do it.

There is no doubt the new revamped Outlook.com has received good response from internet users. Not only can you rename your @hotmail account to Outlook.com account, but you can add other email services to Outlook.com as well. You can even create aliases if you want to conceal your original email address for privacy purposes.

But sometimes you might find bugs in the new email service. And the best way to let Microsoft know is by sending feedback to the company. It doesn’t have to be about bugs or problems either, you can also send suggestions to improve the service, or what you like about it. 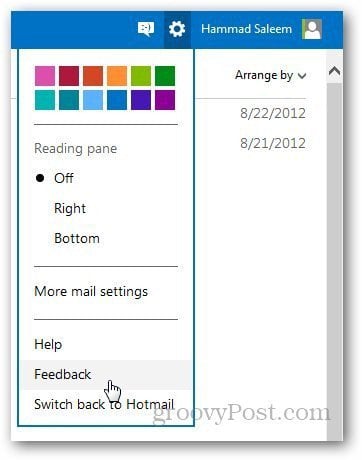 It will load the form and present you with three options to choose from: What you like, if there’s bugs and ways to improve the service. Select what you want to tell tell the company and click Next. 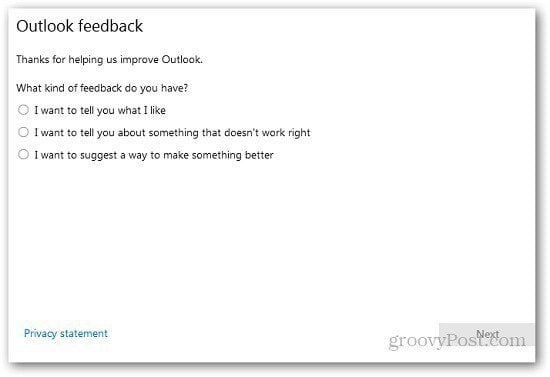 Here I selected to tell them what I like about the service. Just add your comments, enter the email address where you want Microsoft to contact you regarding your feedback and click Submit. 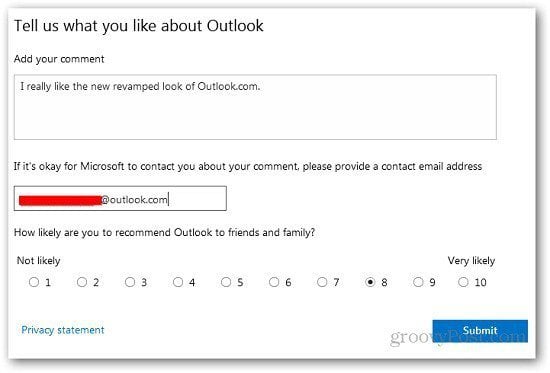 And it will show you a confirmation message once the feedback is sent.