Windows Defender doesn’t have an option to schedule it to run on a schedule of your own in Windows 8.1. But with Task Scheduler, it’s easy to set up.

Windows 8 integrated Microsoft’s Antivirus utility Microsoft Security Essentials (MSE) into Windows Defender. It’s the same in Windows 8.1 but one omission is the lack of scheduled scans. While it does offer real-time protection, and you can run it manually, you might want to run it on a regular schedule for extra peace of mind? Well, using Task Scheduler, it’s possible following these steps.

In previous versions of Microsoft Security Essentials, the option to schedule it to run on a schedule is included. 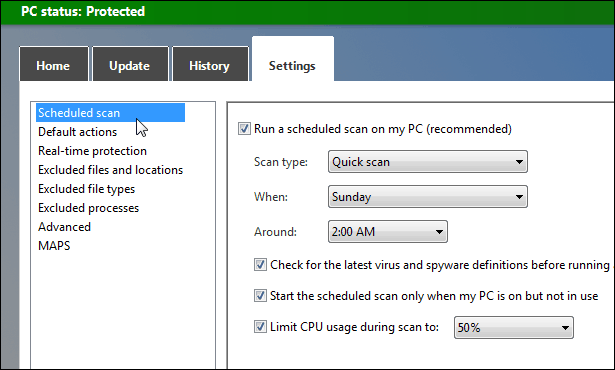 However, in Windows 8 and 8.1 it isn’t an option in Windows Defender Settings. 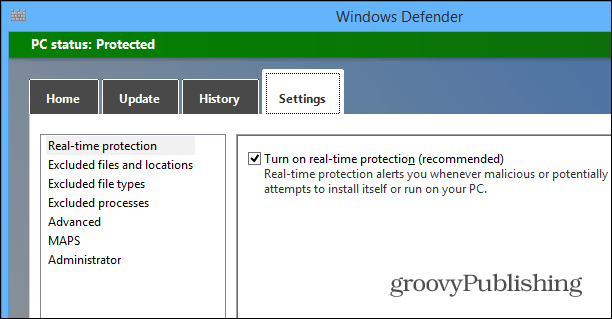 To set it up, open Windows Task Scheduler. In Windows 8.1 use the keyboard shortcut Windows Key + W to bring up the Search settings field and type: schedule tasks. 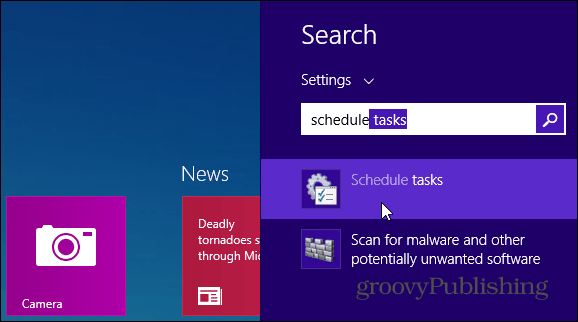 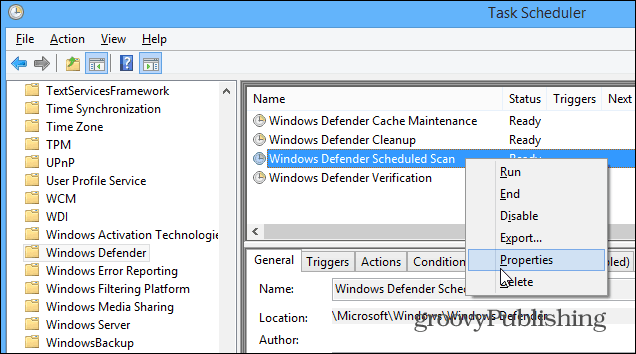 In the next dialog that comes up, select the Triggers tab, then the New button. 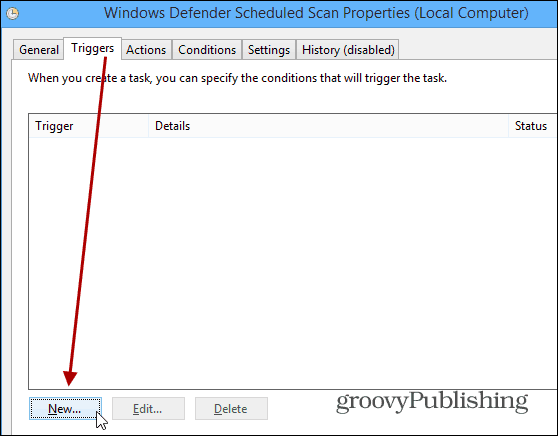 Now here is where you schedule how often a Windows Defender scan runs. Choose between daily, weekly, or monthly, the time you want it to start, and how often it occurs. There’s also some advanced settings you can tweak if you want to. But since this is such a basic task, you can probably just leave them as the defaults.

After making your schedule, click OK twice and you’re done! Windows Defender will scan your system according to the schedule you picked automatically on a regular basis. 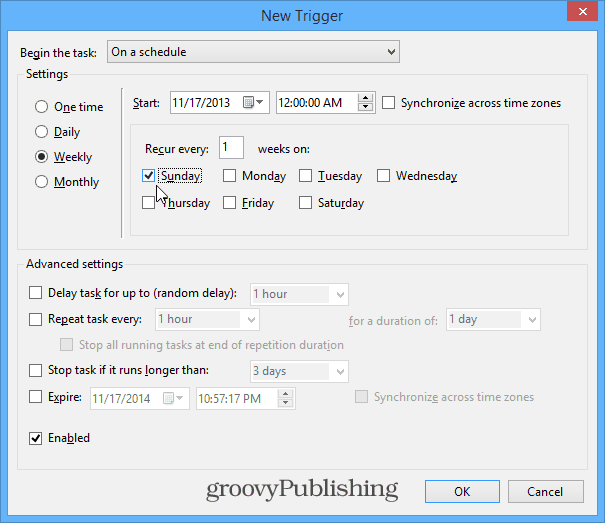 Windows Defender — which is built in to Windows 8 — does a pretty good job for most geeky and responsible users. However, there have been reports that suggest it isn’t the greatest for stopping all malware. We still use it here on our machines, but if you want extra piece of mind, you might want to supplement it with a security program like MalwareBytes. Or, if you’re the tech support for your friends and family, have them shell out a subscription for a commercial antivirus solution.