RIOT or the “Radical Image Optimization Tool” is a groovy little tool for making quick changes to photos.

At groovyPost were always keep an eye out for free products we think you might find useful. Recently that led me to a new tool (for me) called RIOT. RIOT or the “Radical Image Optimization Tool” is a groovy little tool for making quick changes to photos. Although nothing close to what Photoshop offers, RIOT does have a place in a photographer’s toolbox if you want to quickly edit the brightness or contrast of a Photo or even a large Batch of photos. Let’s take a look at some of the features.

Simply drop a photo on RIOT and a small dialog box will open with the resample options including size by Pixels, Percent, and resampling filter. 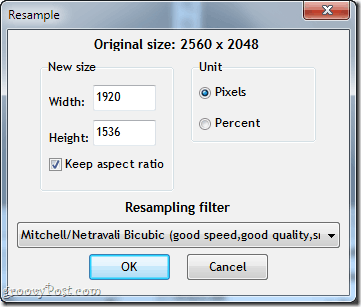 In terms of image compression, you’ll find RIOT to be quite amazing. Once having imported your image, you can reduce quality and even change the Chroma subsampling proportion. It’s nice that there are different options for each of the three formats (JPEG, GIF, and PNG) and we were impressed by the high-quality end image although the high compression levels.

Metadata removal is another great thing in RIOT that deserves applause. This is a great feature for the Security Tin-Foil hat-wearing types… So if you find yourself in that situation where you want to remove the Date/Time/GPO EXIF and ICC profile data from a single photo or batches of photos, RIOT is a great tool you can turn to.

Along with the resize features already mentioned, RIOT also has the ability to easily adjust Brightness, Contrast, Gamma, and even make a negative out of the image. I would have really loved it a Brush tool was included to make minor touch-ups but oh well. That being said, one thing that impressed me while reviewing RIOT was their cool “1:1” button that lets you compare the images while zoomed in side-by-side. 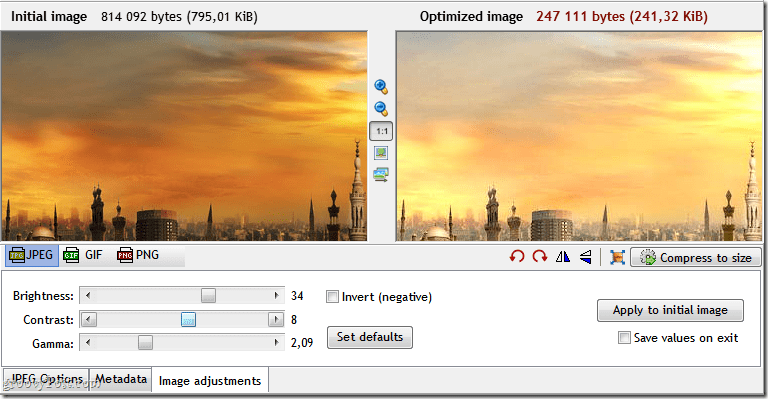 Optimizing Photos in a batch is a super simple exercise with RIOT as mentioned above. Just choose your images, options and go. 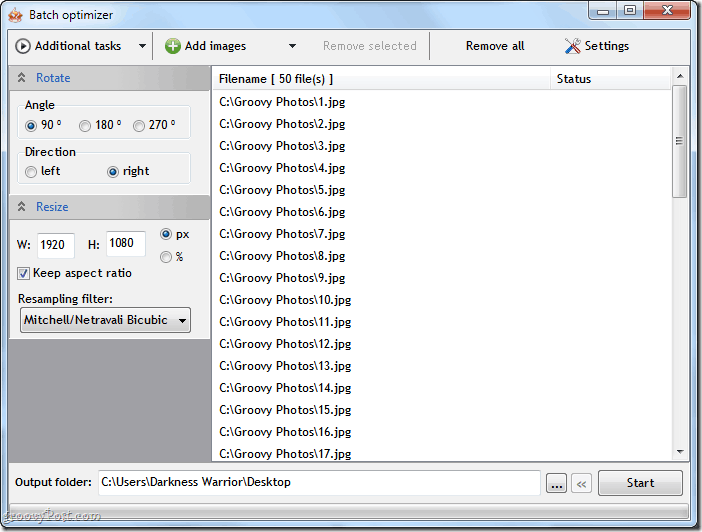 RIOT is a great image optimizer that definitely impresses with rich compression features, a simplified and easy-to-use interface, and great batch tools to make the long and tedious jobs simple, and at the price, it’s hard to beat at the tasks it’s designed for.