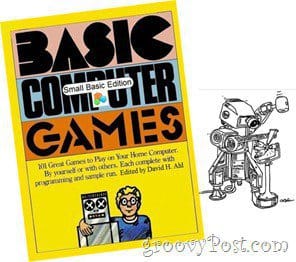 Back in July of 1973, David Ahl changed the programming world by publishing his landmark BASIC programming book for DEC called  “101 Basic Computer Games Book“.  Five years later David re-published the work as BASIC Computer Games – The Microcomputer Edition. Unlike today, back then you couldn’t just load up steam and download a few games so for many of us old programmers, that meant staying up all night typing in the BASIC games listed out in each of his wonderful books.  Oh the joy when everything actually worked!

Unfortunately, the microcomputers in the 1970s really didn’t know how to dance and sing because the programs were all character-based and the computers could only beep at us in monotone.  Fortunately, David Ahl included some really cool looking robot illustrations by George Beker that helped my imagination on what computers could do perhaps in the not so distant future. 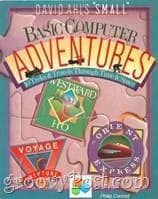 For those of “old timers” like me who want to re-experience some of the oldies, you no longer need to dust off your old BASIC programming manual and re-type these classic games into your own computer by yourself. You can just “cut and paste” the new Microsoft Small Basic source code right out of the new Small Basic Computer Games E-Book published by the site ComputerScienceforKids.com.  The new E-Book is currently on sale for $12.50 if you grab it over the next few weeks. 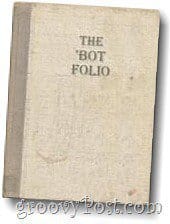 If you never want to program a line of BASIC code again you can still purchase George Beker’s BOT FOLIO E-Book which contains all of George Beker’s iconic robot illustrations from the 1970s Basic Computer Games book and the More Basic Computer Games books. George also added 5 never before seen robot illustrations to the new ‘BOT Folio. These are the first ‘Bot illustrations in over four decades.  The ‘BOT Folio includes Beker’s comments on his original ‘BOT drawings and technology in general.  It’s clear that Beker remains firmly stuck in a long-gone, alternate world with absolutely no connection to modern technology.

I’ve been enjoying going through the old series, these books and Small basic is a great introduction to the world of programming for kids.  Small Basic is a great stepping stone for kids who later want to jump into  http://www.ComputerScienceForKids.com‘s full blown Microsoft Visual Basic programming tutorial.   You never know, maybe one of your kids may end up writing the next blockbuster video game!”