Way way back in November 2008, I talked about the Microsoft Announcement that they would be giving away a free anti-virus client code-named Morrow. Well, it’s almost a year later, and Microsoft has been busy.  On ~June 23rd, 2009 Microsoft announced the product name would be – Microsoft Security Essentials and released the product in Beta with free sign-up for anyone interested in trying out the Beta.

The reviews for the beta version were pretty good, so I signed up (of course), but until now I’ve not had time to get it installed.  So, when my new Windows 7 RTM install reminded me that I needed an Anti-Virus product I figured it was time to try it out.  Here are a few shots:

After the Install, a prompt asked if I wanted to allow it to download the latest AV/Malware Signatures, and perform a quick scan of my system.  Sure, why not: 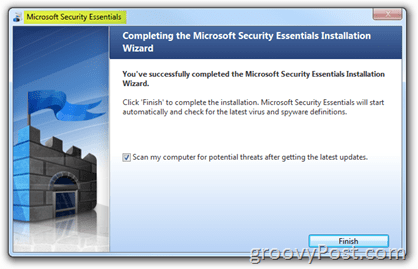 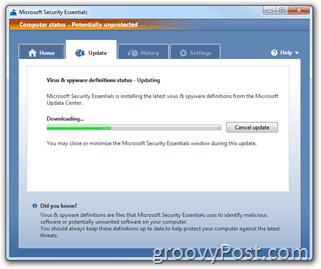 The scan took about 5 minutes and was unobtrusive.  This process was useful since most of my users at work are always complaining about McAfee taking up to much CPU during system scans.

After the scan, I poked around a bit however there were very few customizations which I needed to set.  Here’s a look at each of the tabs: 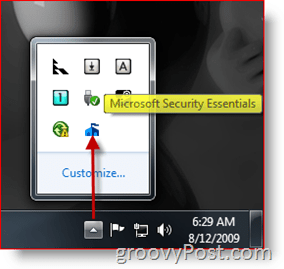 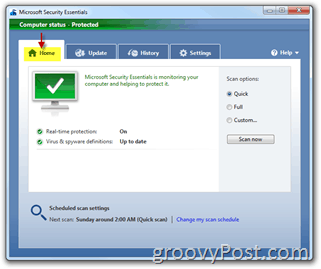 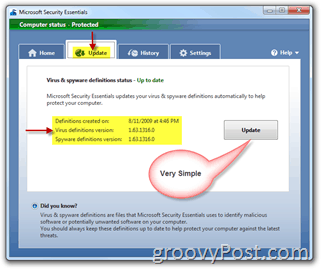 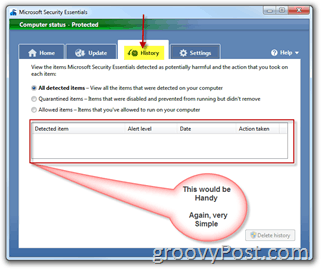 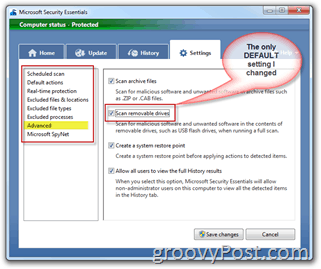 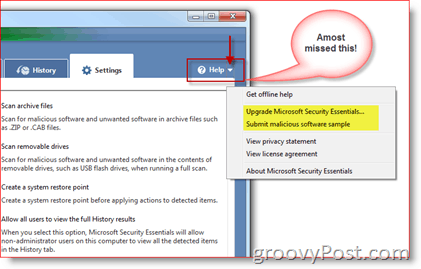 Build Information for Screenshots Above:

As I mentioned in my screenshots, the settings are all VERY simple which is what I would expect for a Home product.  I left almost all of the settings at their defaults, so that was nice as well since chances are, most inexperienced computer users will never tinker with them.

As I get more experience with the tool I’ll be sure to let everyone know.  Hopefully however I won’t NEED the Software to clean any Virus infected nastiness.  :)