Some people like to send Twitter status updates every 2 minutes about everything from what they just ate, wrote, read or pooped.  (ick!  Sorry, couldn’t resist).  Well, what if you want to tweet something like a press release or some groovyNews but you want to schedule it rather than send it immediately?  LaterBro has ya covered!

LaterBro is an online webapp that allows you to plan your tweets ahead of time.  You can pre-write a tweet, and then schedule it to be sent out whenever you like.  LaterBro isn’t the only web service to offer this feature, but it is dead simple and that’s why I like it. 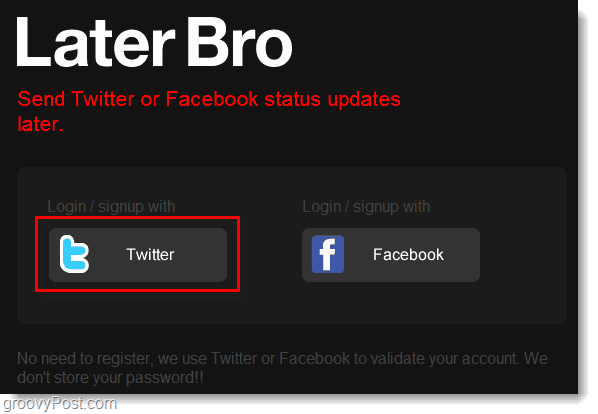 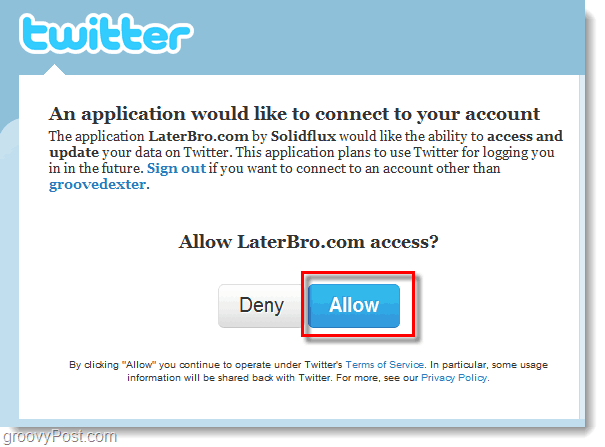 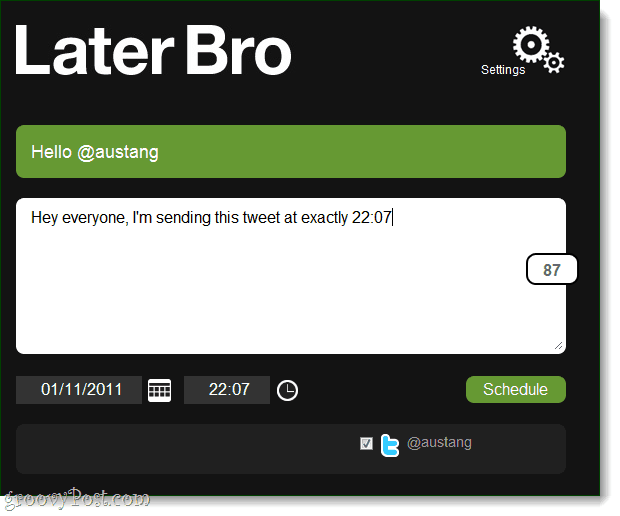 You’ll see a confirmation box appear briefly that says “Your message has been saved“.  When you see this, you’ll know it’s a done deal.  The tweet is now scheduled and will show up in your Twitter stream at the exact time you specified.  It’s that simple.

It’s okay to mess up

If you didn’t like a tweet you scheduled, don’t worry, you can delete them.  Just Scroll down below the writing area and there you can reschedule, edit the contents, or simply delete all of your un-twittered tweets.  Once a tweet publishes to Twitter, it will disappear from your LaterBro interface, but you can still go to your twitter.com account and delete it. 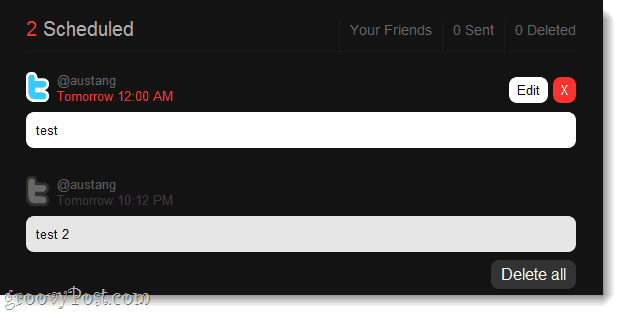 I’ve noticed a few instances where the LaterBro service isn’t working.  When this happens, you’ll see a message similar to the screenshot below.  Fortunately, the developer of LaterBro will send server status updates to his Twitter account @gumbah to keep you posted.  Usually, though it isn’t LaterBro that is down… 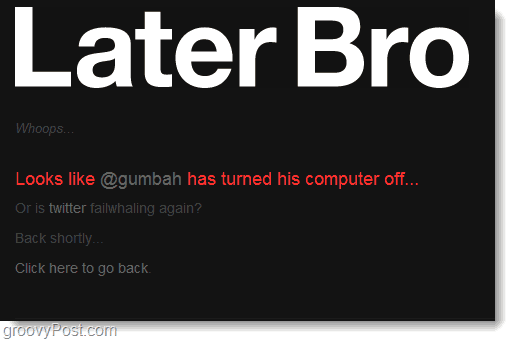 I see my share of Twitter’s fail whale a lot more than I’d like, and if LaterBro isn’t working it is likely because Twitter.com isn’t working either. 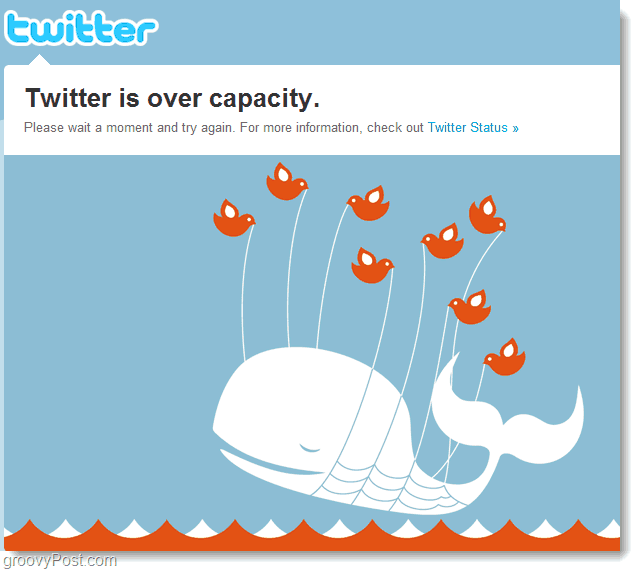