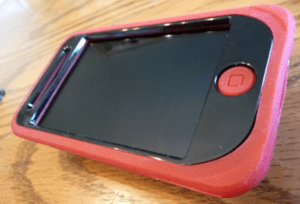 This could very well be the best case I’ve ever had for my iPod Touch so far.  I’ve had an iPod Touch since the very first was released, then upgraded to the 2nd gen, 3rd gen, and now the 4G.  Through the course of my iPod history, I’ve tried out a half dozen different cases –but none of them quite cut it.  Today, after much fuss with ordering through amazon, I received my touch Duo 4G case.

Well, unboxing was easy, and sure a lot easier than ordering it on Amazon’s site was.  Amazon had it inaccurately listed in-stock from two different sellers, which resulted in my order being canceled twice.  To make up for it they issued me a credit and paid for expedited shipping.

Alright, back to the case! The packaging is simple and it doesn’t take much effort to get it ready to put on your iPod Touch.  The box is clean and looks like something Apple would have made. 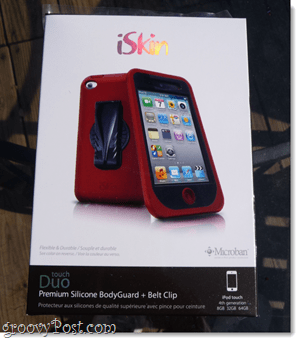 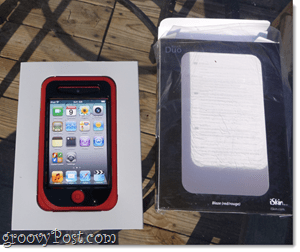 What’s in the box?

The box has almost everything you need, with a few extras such as a cleaning cloth and towellete.  My only complaint is that with past versions of iSkin cases I’ve purchased they all came with an anti-glare LCD screen protector, but this time it was a no-go. 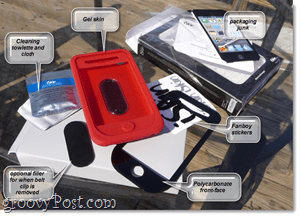 Not in the box: a LCD screen protector.

Putting the iPod into the case is easy enough, but it is a two-step process.  First you have to wrap the gel skin around the Touch.  Then comes the polycarbonate face plate which inserts into the gel skin.

The case is thick, but it isn’t so big that it won’t fit in your pocket; though I suggest removing the belt clip if you want your iPod Touch to be a pocket dweller. 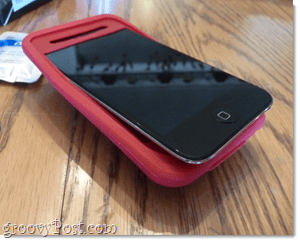 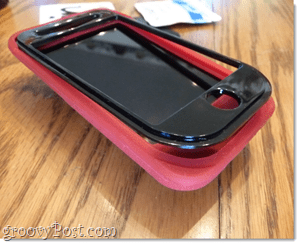 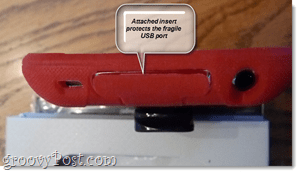 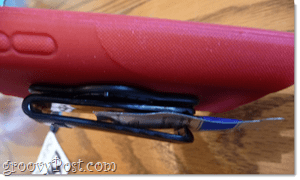 I wasn’t a fan of the belt-clip and planned on removing it, until I realized one thing:  The belt clip doubles as a stand!  When I was looking at cases one of the things that almost made me go for another was the lack of a stand.  Looking back at the iSkin website, it does mention the clip can be used as a stand –but they don’t make the feature stand out at all.  The stand makes watching movies easy, whether it be on an airplane, in class, or at my favorite cheeseburger joint. 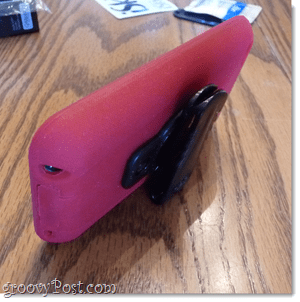 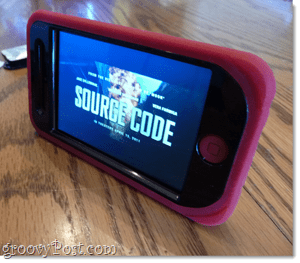 The iSkin touch Duo case for the iPod Touch 4G is the best case I’ve ever had.  The case protects the iPod from drops and dings, while also looking stylish. Taking the iPod along to the gym was a hassle because previously I was worried about damaging it.  Now, pending I don’t set any weights on it or drop it in the pool, the iPod Touch is near indestructible with this new case on it.  As said, the clip might get in the way, so below I’ve included the instructions to remove it –but don’t forget, it also works as a stand!

How to Remove the Belt Clip

The belt clip might be useful, but if you primarily keep your iPod in your pocket then it just adds more bulk for you to bear.  Removing the clip might seem a bit tricky at first, but just follow the instructions below and you’ll see how easy it really is. 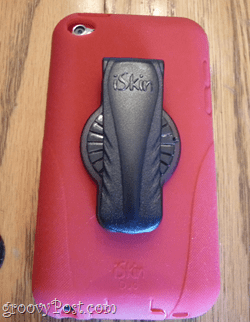 Rotate the belt clip 90 degrees so that it is perpendicular to the case. 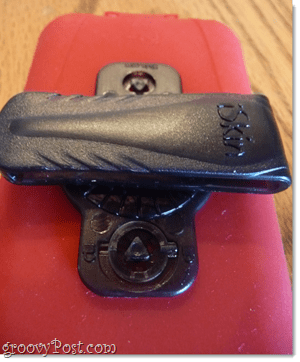 Using your fingernail or a pointed object, Turn the circle lock on the top triangle anchor to the unlocked position. 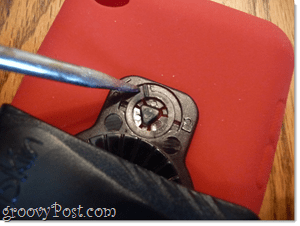 Now all you need to do is rotate the clip and the bottom piece will come off.  The only problem now is that the two triangle mounts are still sticking out. 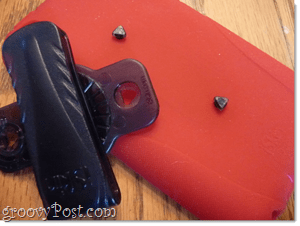 Remove the insert attached to the triangle base, and replace it with the gel filler piece. 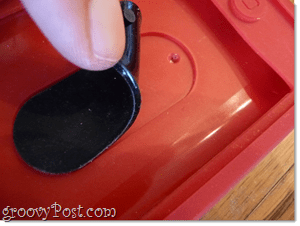 That belt clip is gone, and the hole in the back is filled.  Now all that is left to do is put your iPod/iPhone back in and you’re good to go! 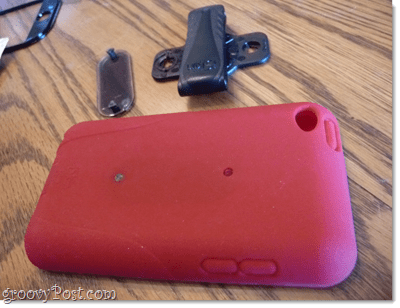