We’ve talked about the Google Plus experience on the desktop and the iPhone. So how could we pass it up on Android?  <spoiler> Blurting out my first impression…  when you stack up the Android version of Google+ against the iPhone web version, the Android app comes off matching the online experience amazingly well.  It’s not even a contest honestly.  Not a surprise really, Native App vs. Hacked mobile site.

Anyway, ready to take a stroll through the Google+ app for Android?  Let’s take a look but first, here’s the official Google Vid reviewing some of the features I’ll be talking about below.

Setting up Google+ on my Android phone was easy, and I say that only because I can’t think of a better word.  Just download Google+ from the market and presto, you’re done.  If your Android phone is already logged into your Google account it will automatically sign-in.

Something that caught my eye during installation is that Enable Instant Upload is checked by default.  This means that if you leave it at the default setting, your phone will upload captured photos directly to a private Google Plus Picasa album automatically.  I personally don’t think this is a very good idea as I don’t want Google to have a copy of every picture I take.  Do you?  I don’t know perhaps you do. Google seems to think so anyways.

Anyway, just something to note.  You don’t have to decide right away if you want to disable or enable this feature since you can flip it any time from within Google Plus (just push the menu button on your phone from the main Plus overview screen).  Just something to be aware of since this default setting can eat up a lot of data on your data plan if you’re not on Wi-Fi.  Oh, and if your Paris Hilton, this could get you into a lot of trouble… 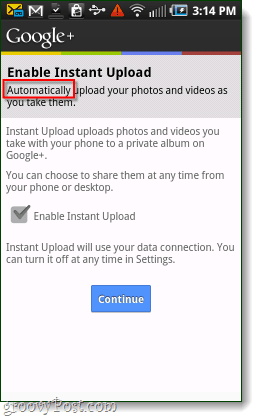 Ah, onto the main menu.  This is the first thing you will see each time you launch the Google+ Android App. The menu is simple, straight-forward, and easy on the eyes.  It also doubles as a flashlight app thanks to the white background. 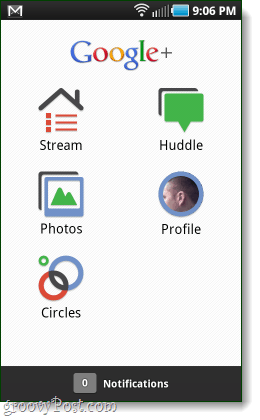 The stream lets you view all of the incoming posts, pretty typical.  But, at the top it has a few other useful buttons.  You can write a post of your own, add some photos.  It’s kind of like Twitter and Facebook merged but… not really.

The Nearby menu is really groovy, and it will filter out posts so you only see what people local to you are saying.  Though unfortunately, you can’t use this function unless you enable the GPS on your phone.  There is no way to manually set a location, so if you don’t want to set up GPS, or don’t have it, you’re outta luck…  And with that said, Google+ allows you to do “Check-ins” on your phone, but the same GPS rules apply. 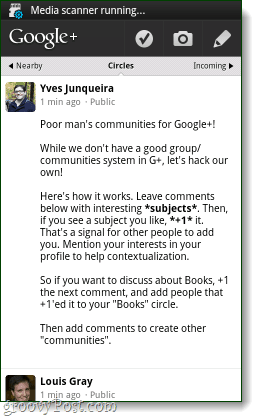 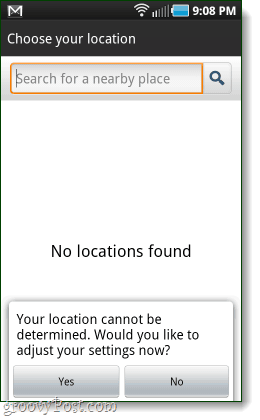 On your Android phone the Circles menu resembles the sidebar from the desktop browser experience.  At the bottom of the menu are two tabs, the default Circles, and the People tab.  Circles are just like groups, except better.  Why?  Well, Google+ forces you to choose a circle for contacts when you add them.  This makes certain that contacts will be at least somewhat organized, and the benefits of keeping them organized are truly worth it; especially for the Privacy minded.

On the people tab you’ll see a list of your contacts, but there are also the oh-so-groovy Suggestions.  The suggestions work just like the ones on Facebook, except without all of the fine print and Captcha’s. 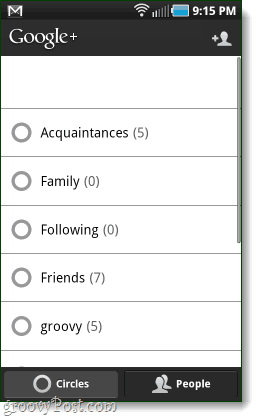 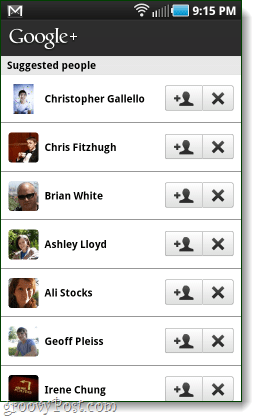 I almost missed talking about this one.  To access notifications you have to Click actual button at the bottom of the main menu.  The notifications are non-intrusive and non-annoying, too very important qualities for them.  Due to the simplification, I’m finding that I like the Android notifications better than the ones on the desktop browser. 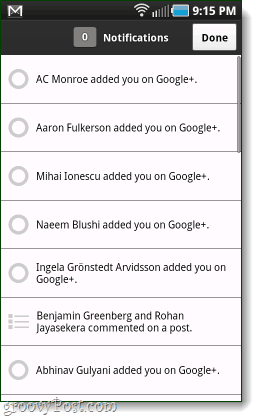 The Google+ Android app doesn’t have “Hangouts”, but what it does have is a Huddle.  A Huddle is basically a mini-chat-room, but it doesn’t appear that it works for talking with other people unless they are on their Android app also.  This would be great if your meeting a group and everyone is using the app.  Biggest show-stopper here is you first need to get everyone using it. 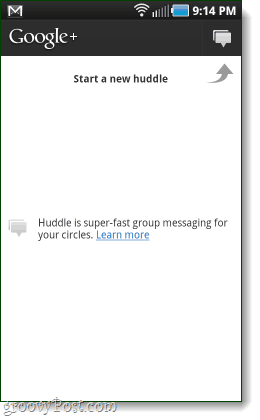 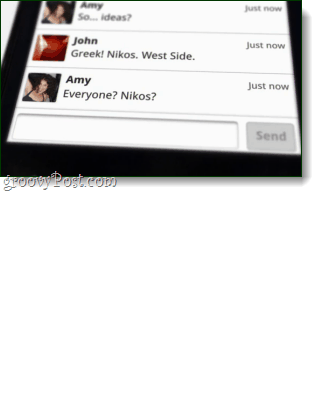 Alright, we’ve looked through all of the different windows on the Google+ Android  app.  What do you think about the service on Android?  Although Google+ is still in “Technical Preview” or “beta”, I’m happy to see they launched with Mobile support and a native Android App.  I hope the iPhone App is released soon so we can see how Google+ works with more people in the service.  That is if Google opens up invites again…

The big one it’s missing is Hangouts. I’m thinking Google probably went with a Huddle vs. a Hangout due to the large amounts of bandwidth needed for video.  I’m sure it’s just a matter of time that being said.  And if/when that does finally happen, Microsoft needs to be ready for a mass exodus of Skype users.  iPad 2 + Google+ Hangouts…  Wow, that just gives me the shivers.