The new Firefox 4 Beta stands miles apart from the last official release, Firefox 3.6.  Recently they just acquired the Jägermonkey team’s JavaScript engine and it has given them a serious speed boost, not to mention some of the other improvements that they’ve incorporated.

Last week Mozilla posted the latest benchmarks for Firefox 4 Beta, and they are smoking fast.  When compared to the old 3.6 version of Firefox we’re looking at speeds up to 5 times faster.

This made me curious, so I pulled up the benchmarks for each modern browser.  If you though Chrome was fast, well it still is!  Firefox isn’t far behind though, and David Mandelin, Firefox Engineer, stated that it is going to get even faster before they release the official version 4. 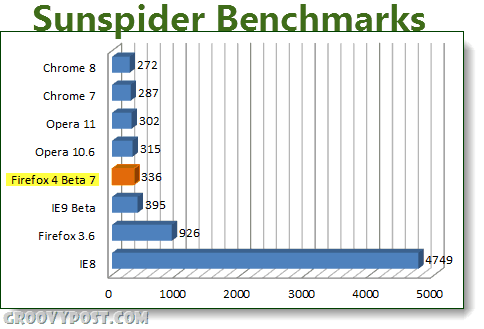 Speed isn’t the only new thing in beta 7 though, according to Mozilla they’ve made a few other improvements; the full Bug and Fix list can be found here.

WebGL is enabled by default on Windows and Mac OS X. WebGL support requires an OpenGL-capable graphics card. Support for other graphics cards on Windows (specifically Intel GPUs) and Linux will be coming in a future beta

Have you seen the new interface for Firefox 4 beta?  It looks a lot like IE9, except done correctly.  They’ve minimized the amount of space used up by the toolbars, and done away with the status bar at the bottom entirely.  They made a smart move by moving the bookmarks menu to a single Star button, it’s simple and small, but it’s there if you need it.  At one point I was in love with the minimalism of Chrome, but this latest version of Firefox does a great job. 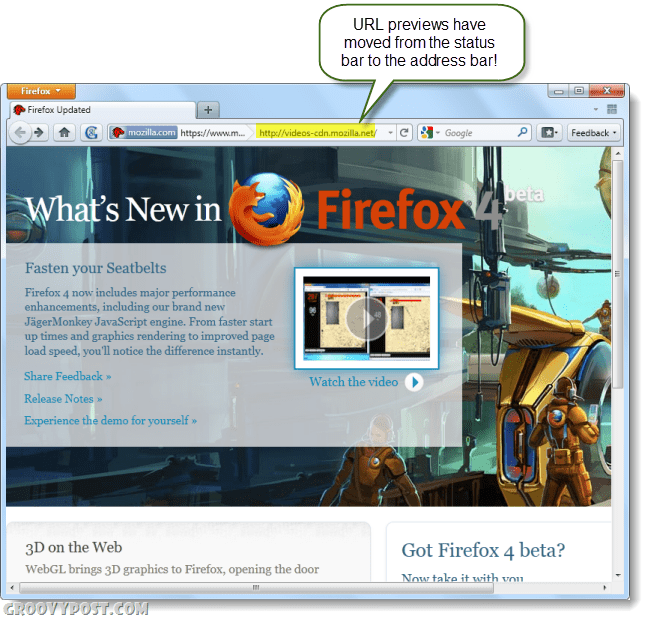 Have you tried the latest version of Firefox beta?  What do you think, let us know in the comments below!