Here at groovyPost we like keeping our data safe. From basic methods of protection, like a password, key, or a hidden directory, to heavy encryption methods and professional solutions to keep our data away from the wrong hands. Today we’ll review an incredibly easy to use encryption software, called BoxCryptor.

Note from groovinJackman: This groovyReview has been in our hopper for some time, but I thought I’d push it up in the queue in light of the recent major Dropbox security SNAFU, where accounts were left wide open for as long as four hours due to an authentication bug. Dropbox and the blogosphere is now recommending adding an additional layer of security to Dropbox and other cloud services by using TrueCrypt, a groovy open source encryption software that we reviewed earlier (How to Encrypt Your Dropbox Folder). But if there’s one major drag about TrueCrypt, it’s that you have to keep everything in volumes/containers that have to be mounted in order to get at your stuff. If that bugs you, then you should check out this TrueCrypter alternative: BoxCryptor, which uses file-by-file encryption.

You can quickly grab a copy of BoxCryptor from the official BoxCryptor download page and check out this amazing software for yourself. It offers three different versions for you to pick from – a Free version, with up to 2 GB of encrypted directory size and limitations to one computer. The Unlimited Personal and Unlimited Business, however, offer Unlimited encryption directory size and up to 4 installs on different computers. The only difference between Personal and Business is the fact that Business allows commercial usage, but personal doesn’t. 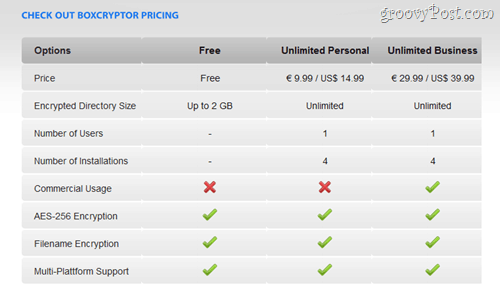 As you know, our entire groovyPost team uses Dropbox for whatever files, documents, spreadsheets and video tutorials we need to share and host on the cloud. Well no doubts in saying that we were nicely surprised by the first message BoxCryptor gave us after the install:

Do we? Of course we do! The nice integration with Dropbox in BoxCryptor definitely saved us some time that we would have otherwise had to dedicate to configuring. Anyway, after pressing yes on the dialog you are left with the following window, from which you can also pick your BoxCryptor drive letter. I decided to use K – kind of like a groovy Internet slang – Kryptor. 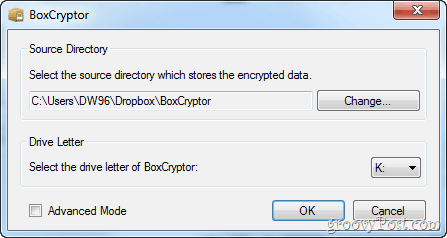 You can also reach some more advanced settings, by checking Advanced Mode. When you enable it, you’ll get a brief warning:

Nicely said. Well, anyway, we’re pretty confident that we know what we’re doing so we’ll go ahead and Enable Advanced Mode with a big Yes. With advanced mode, you can enable or disable key and write validation, disable automatic updating and change the label for your BoxCryptor drive. Not that much additional options, but just enough to give us a bit more customization flexibility. 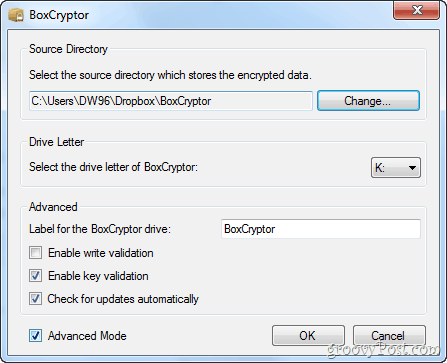 After choosing your desired location and configuring any additional preferences, you can move on. BoxCryptor will have you choose a password which you will use to access your encrypted documents. Do not lose your password—currently, there’s no way to recover your BoxCryptor password.

If you want to, you can choose an encryption algorithm, block size and whether or not you  want to encrypt filenames as well.  If you don’t know what this means, leave the first two options at their default settings. You may want to disable filename encryption, as it makes it a bit easier to keep track of individual files when sharing them publically or with another Dropbox user. 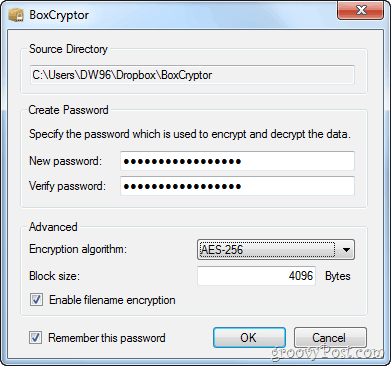 Encrypting Your Dropbox Folder with BoxCryptor 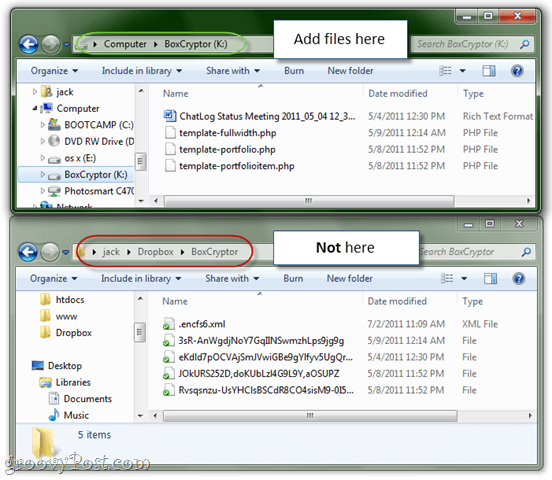 When you put files in the mounted BoxCryptor volume (K:\), the encrypted version will automatically be placed in your Dropbox folder. Resultant filenames will look like this: 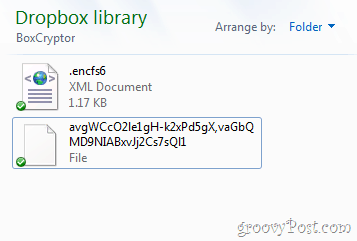 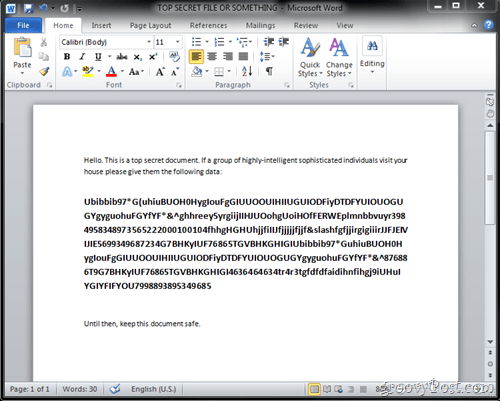 And here is a side-by-side comparison of what files look like when encrypted (left) and what they would normally look like to you (right): 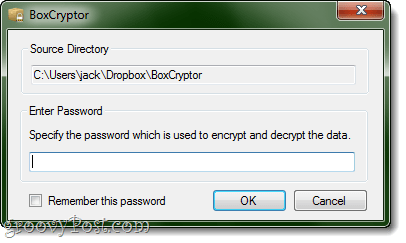 If you want to access your encrypted files on a guest machine or another infrequently used computer, you can use the BoxCryptor Portable version. It’s a simple .exe that you can run on your desktop to load encrypted directories without installing the full version of BoxCryptor. This is also handy if you want to share encrypted files via email or public links—just give them the password separately, e.g. over phone or in person and then feel free to send them the encrypted files, which they can decrypt on-the-fly.

The best way to do this is to send entire zipped directories, because BoxCryptor gets a little finicky if you take an encrypted file out of its original folder. Because of this limitation, I guess it’s not a whole lot different from mounting volumes. 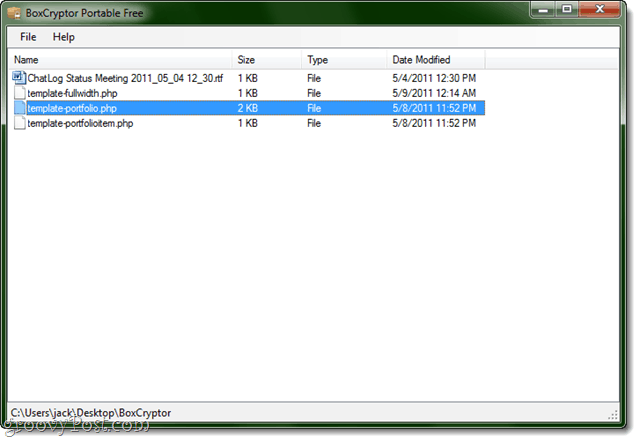 You can also save BoxCryptor Portable onto a thumbdrive or in your Dropbox folder so you’ll always have it with you. Just remember to keep your password secure!

If you want to share encrypted files with Mac or Linux users, have them set up EncFS, which can decrypt BoxCryptor folders.

There’s also a BoxCryptor Android app in the works, which will be the first of its kind. Can’t wait to check it out.

While TrueCrypt is probably the cloud encryption tool of choice for most users, it’s not exactly optimized for things like Dropbox and SugarSync. BoxCryptor gives a nice variation on the theme by attempting to offer a more file-by-file approach. There’s room for improvement, but so far, the software is slick and promising. It’s integration with Dropbox is already smooth and it’s great to know that the developer is placing a priority on cloud-based encryption. Definitely worth a download.