Update: This article was written for Legacy Edge. That version is no longer supported and has been removed from Windows 10. Instead, there is a new Chromium-based version of Edge. It is cross-platform and works with Windows, macOS, Linux, Android, and iOS. It can be installed like any other browser like Google Chrome or Mozilla Firefox. You can even install Google Chrome extensions on the new Edge. 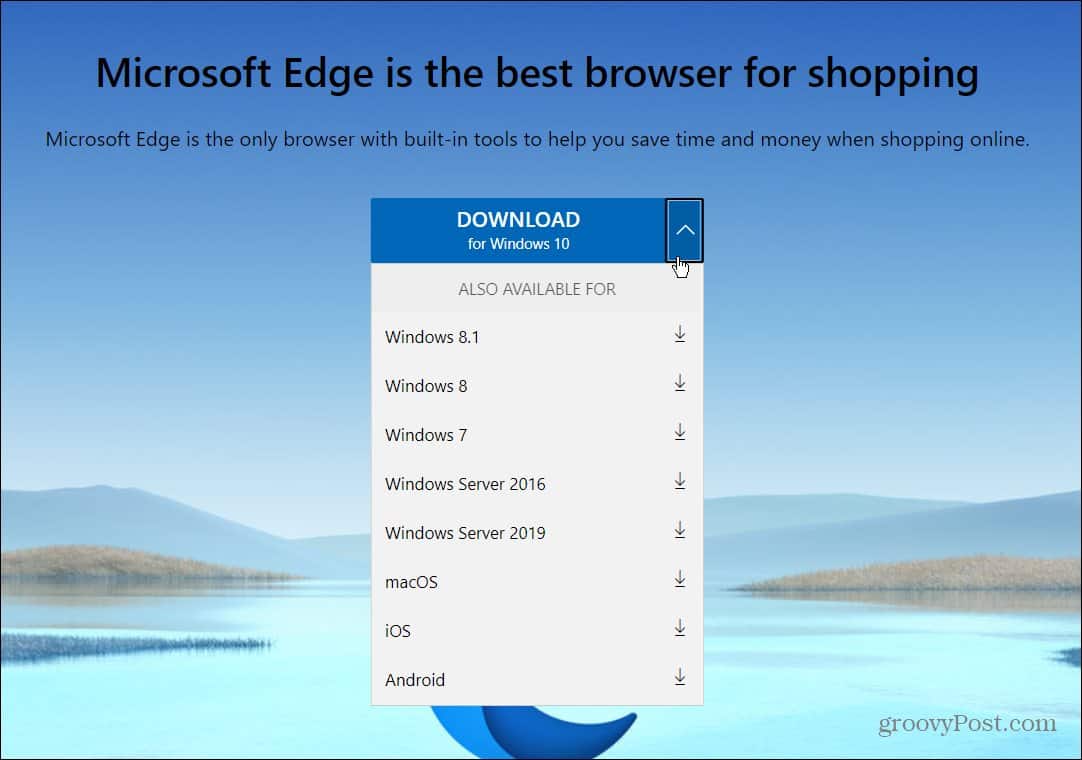 The following is the old article and is related to Legacy Edge only:

Microsoft introduced its current flagship web browser, Edge, with the launch of Windows 10 in 2015. Edge focuses on speed, security, and compatibility with web standards. That said, Edge is still a maturing platform, but the rapid pace of development continues to give it a fighting chance in a market that’s pretty much dominated by the likes of Chrome and Firefox.

Since its release, though, there have been some issues with Edge and fixing them ain’t easy. If Edge becomes corrupted, won’t launch, or has performance issues, there’s usually a little indication of what’s gone awry under the hood. Most times, users have to resort to resetting Edge in PowerShell, which seems incredibly user-unfriendly for a supposedly modern universal app. Even Internet Explorer includes an Advanced Reset option. However, starting with Windows 10 Fall Creators Update, it’s much easier now. Read on to learn how to fix Edge the easy way.

Previously, this is what you had to do to reset Microsoft Edge…

We previously showed you how to use the reset function for other apps in Windows 10—now you can do it for Edge too. 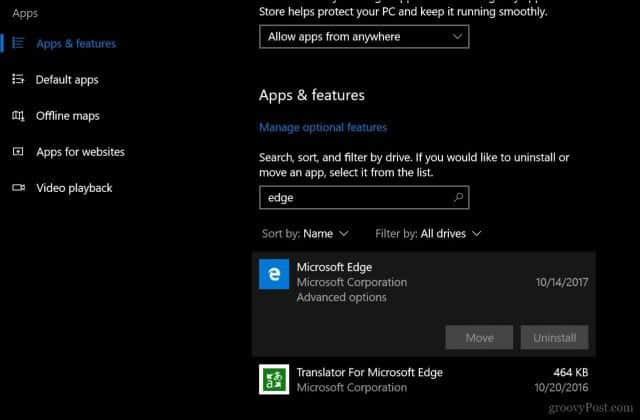 This will show you the Repair and Reset options. First, try Repair to see if that fixes Edge. Then, use the Reset option as the last resort since this deletes browsing history, cookies, and settings, but it saves your favorites. 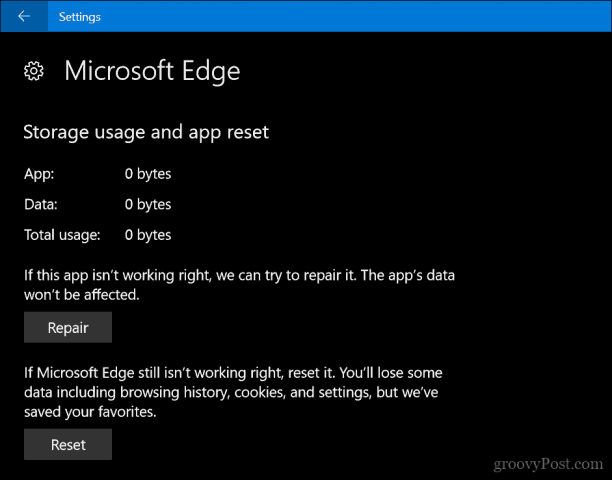 And that’s it—no more mucking around command lines or repairing your Windows 10 installation to get Edge working again. It took five versions to add it finally, but it’s finally here. If you still want to use the PowerShell option, it still works, but there is now an easier option for those of us who aren’t comfortable with PowerShell. Remember to check out our others articles for resolving issues with Windows Store and desktop applications in Windows 10.

Oh, by the way, are you using Edge more or less since upgrading to Windows 10? Let us know in the comments.