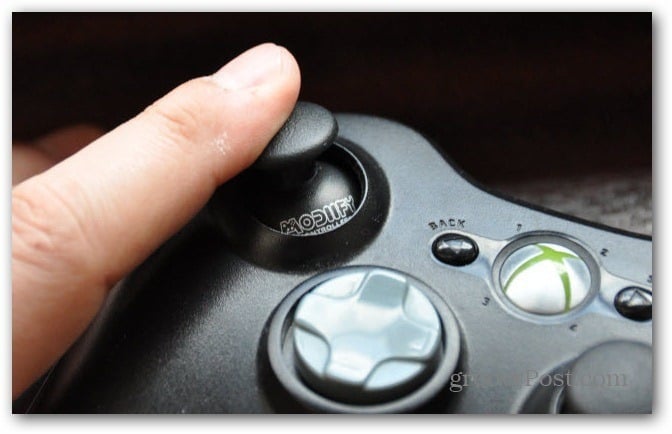 If you’re an avid Xbox 360 gamer, the analog thumbsticks on your controller can get beat up or even break. Or you might want to use custom ones. Here’s how to swap them out.

If you’re an avid Xbox 360 gamer, the analog thumbsticks on your controller can get beat up or even break. If that happens, you don’t need to buy a new controller (although this one’s quite nice), you can replace them. And replacing them is easy follow my step-by-step guide.

Important: Before getting to work, I have to warn you that this should be done ONLY if your controller’s warranty has run out. Otherwise, you’ll void its warranty. So keep this in mind, because if the controller has other issues, it won’t be covered, and you’ll need to buy a new one.

Everything else on my controller was perfect, but one of the thumbsticks ended up looking like this. I decided not to let it go without a fight. 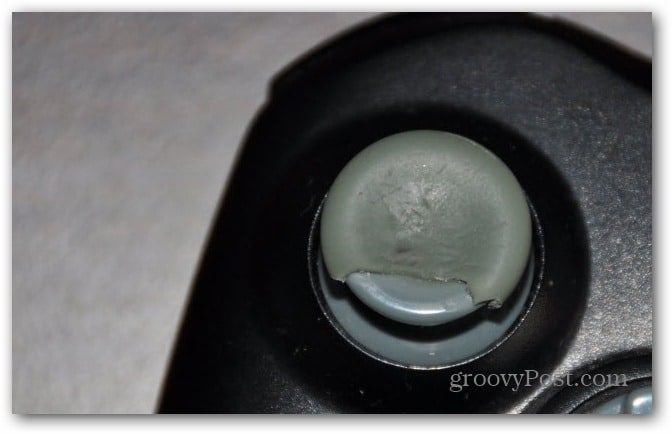 Of course, the first thing you’ll need is new analog sticks. I got mine from Modiify at 2.29 GBP a pair (around $3.50). To me, they seem to have a better grip than the original ones, so the whole process is a step in the right direction. You can find other sticks though that work best for you.

Second, you need a Torx T8 security screwdriver to open the controller’s screws. I got it from the same store and it cost me 1.09 GBP (around $1.50). You can get them without a problem on eBay too. You can see it in the image below, along with the controller and new thumbsticks, before I got to work on it. You’re also going to need a cutter, you’ll see why in the following steps. 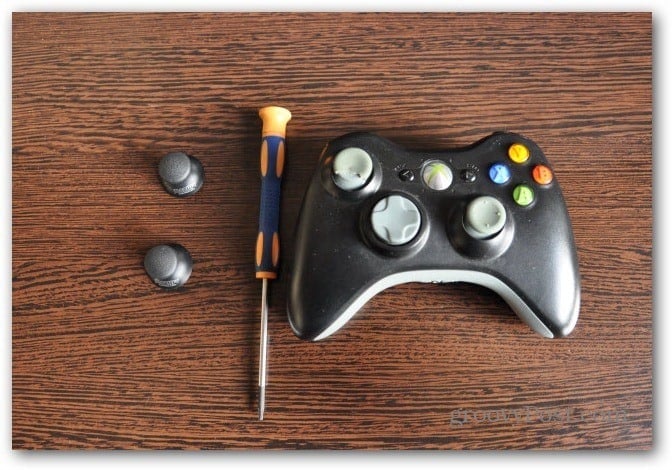 Use the screwdriver to carefully remove all of the screws on the back of the controller. There’s six of them and it shouldn’t take you long. 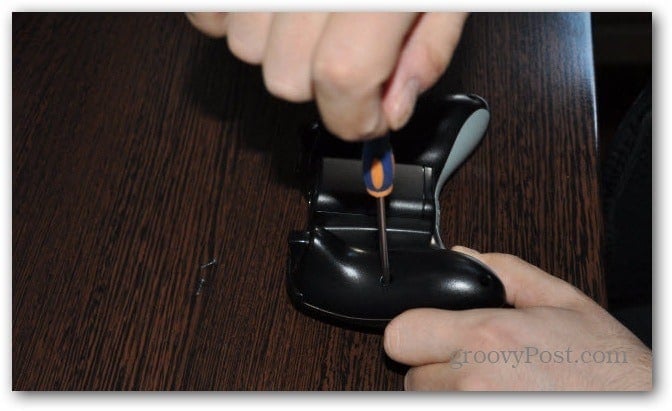 Now, remove the battery pack. Here’s when you’ll need the cutter to remove the plastic label on top of the last screw. 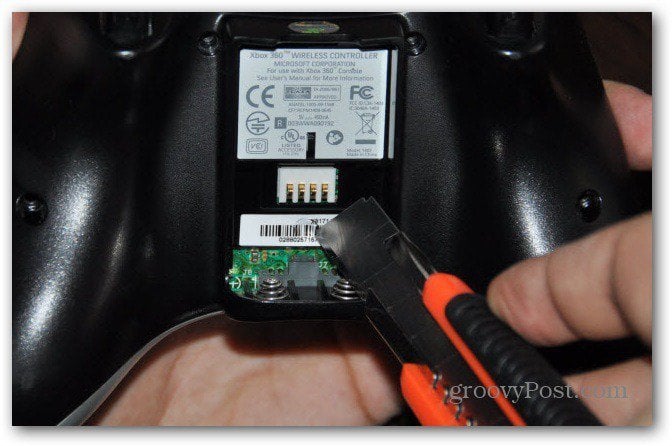 Unscrew it just like you did the rest of them and carefully start to take the controller apart by putting a flat head screwdriver between the two pieces that make up the case. 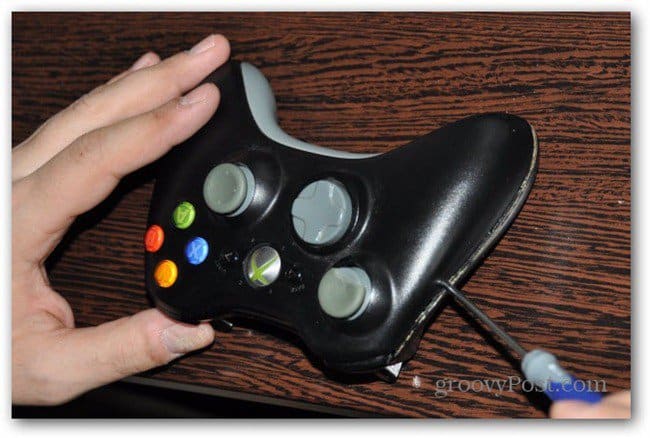 Once the pieces have been separated, put the controller face-down on the table to avoid the buttons falling off. 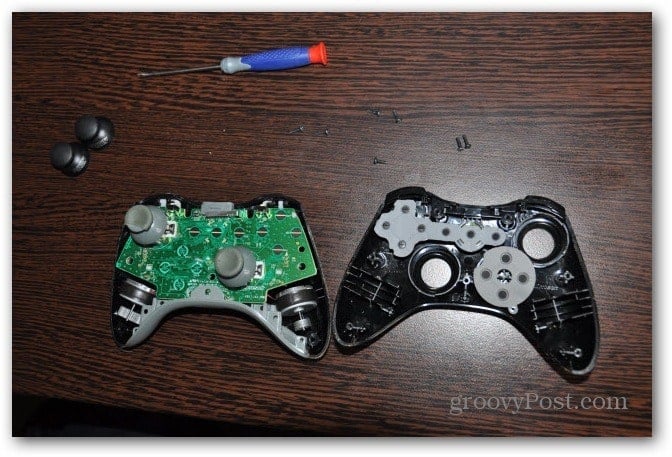 Now, take the lower side of the controller and gently pull off the old analog sticks that you want to replace. 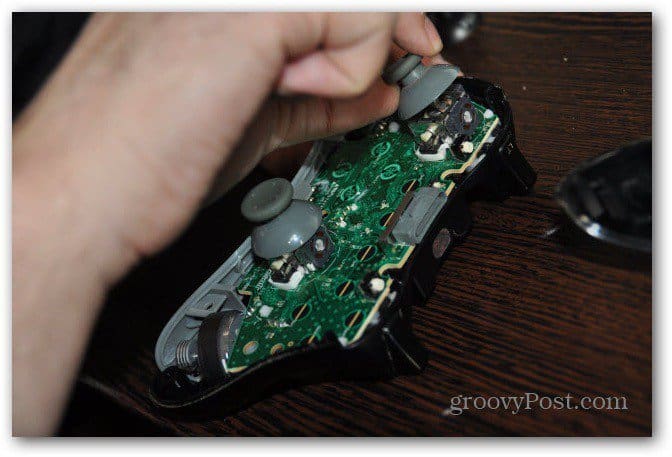 Then put the new ones in place. Make sure they go in all the way, as there are about two precise positions in which they work. 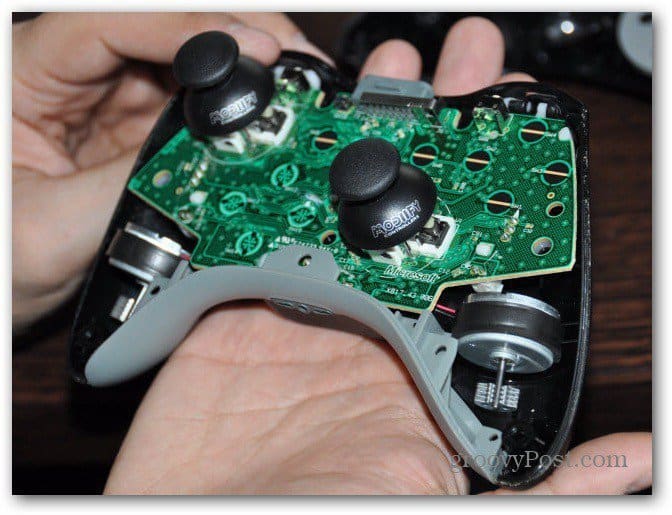 Now, put everything back together and squeeze it tight, to make sure it all fits well. 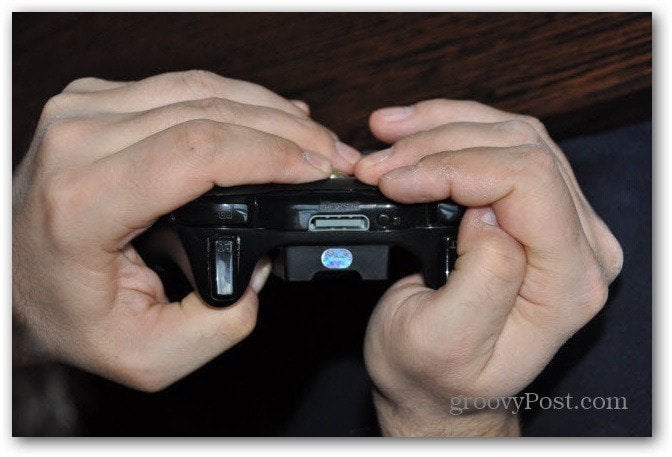 And then put the screws back in (don’t forget the one under the batteries). 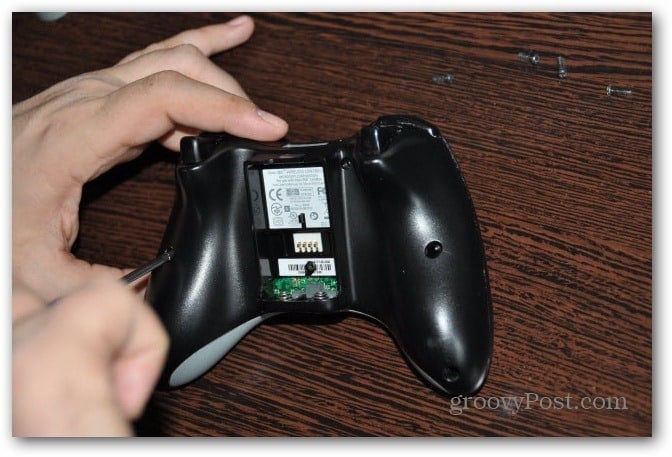 If you’ve followed all the steps and didn’t needlessly force anything, it should look good, and work just as well as it did before. 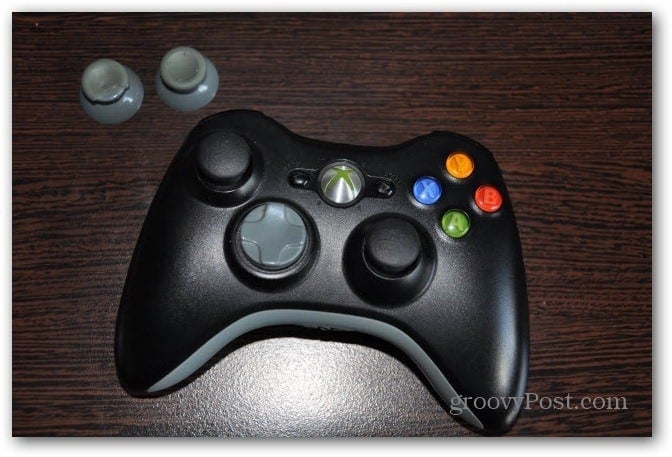 This is a pretty basic mod, compared to using bullets in your controller, but is quite useful. Fixing your controller yourself, will save you money and get you back to serious Halo 4 action in no time.