When you upgrade Windows 7 or 8.1 to Windows 10, Windows Photo Viewer comes with. However, it’s gone after a clean install. Here’s a way to replace it.

Windows 10 continues its march towards universal app dominance. The OS launched in 2015, came preinstalled with a vast collection of modern apps, ready to replace many desktop classics. One such app is the built-in Photo Viewer.

However, it’s interesting to note that Photo Viewer is no longer included in Windows 10. So, if you do a clean install, you’re not going to find Photo Viewer. The only way to keep it is to do an upgrade to Windows 10 from an existing version.

Note: If you do an upgrade from Windows 7 or 8.1 to Windows 10, the Photos app will be the default. But you can change that. For more on that, read our article: How to Set Default Apps in Windows 10. Also, after you do a major upgrade of Windows 10 like the most recent November Update, Windows may reset your default apps to the Windows 10 universal apps. To fix that, read our guide: Get Your Default Apps Back After a Windows 10 Upgrade Resets Them.

The screenshots below, both show the same version of Windows 10, one is upgraded from a previous version, and the second is a clean install. 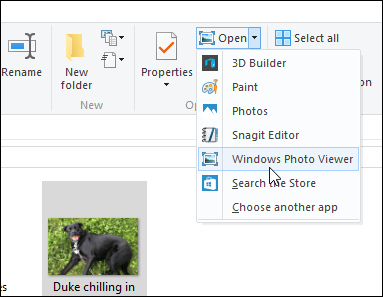 When upgrading from Windows 7 or 8.1, Windows Photo Viewer comes with to Windows 10. 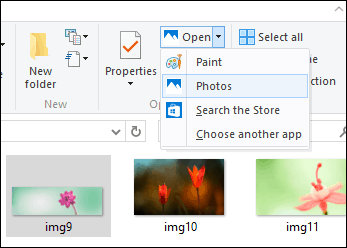 Clean install of Windows 10 doesn’t include Windows Photo Viewer, only the Photos app by default.

Photo Viewer was initially based on Microsoft’s Photo Gallery, which originally came preinstalled with Windows Vista. When Microsoft launched Windows 7, many of the bundled apps, including Photo Gallery, were moved to the free Windows Essentials suite which is available as a separate download.

So, the best way to replace Photo Viewer on a clean Windows 10 install is to install the Windows Live Photo Gallery from Windows Essentials 2012.

When you run the installer, all of the programs in the suite will be checked by default, but you can uncheck the ones you don’t want. In this case, you only want Photo Gallery. 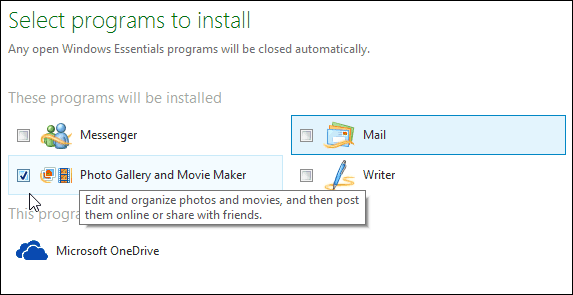 Windows Live Photo Gallery 2012 includes quick Photo Viewer mode which happens to work just the same as the built-in Photo Viewer in Windows 7 and earlier versions. There is not much difference between the two when previewing photos. They offer the same functionality such as slideshow, rotation, printing, and email. The only significant difference you will see is, the Live Photo Gallery has a nicer interface. 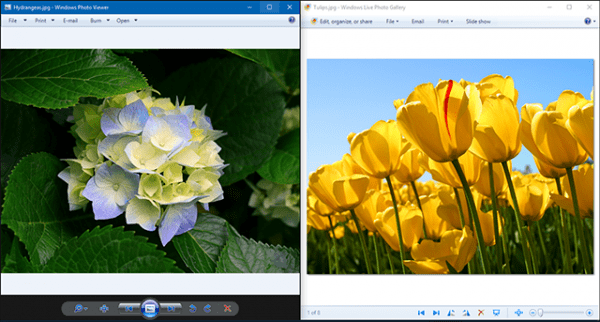 We don’t know how long Microsoft will continue to support Windows Essentials, so I would recommend getting used to the new Photos app in the meantime. It’s a little different, but it’s nice to use, and it includes a lot of tools for viewing, managing, and editing your photos.

Of course, there are other apps out there that you can use for photo’s, so what’s your take? Do you have a desktop program or app that you’ve used to replace Photo Viewer? Leave a comment below and let us know.