Sometimes your computer can get so infected with malicious code that it won’t boot into Windows. Windows Defender Offline allows you to scan your system before booting into the OS.

Malicious software, malware, viruses, spyware…whatever you call it, is getting more sophisticated these days. And for the best protection, sometimes you need to break out the big guns. Most Antivirus software will get of viruses and other malware after Windows has started. But if you have a rootkit or other malicious code that’s attacking your system before Windows even starts, it’s hard to get rid of. That’s why Microsoft has released the Windows Defender Offline Tool.

First, download the 32 or 64-bit version of the Windows Defender Offline Tool to a convenient location on your computer. If you’re not sure which version to download, check out our guide on how to tell if you’re running 32 or 64-bit Windows. 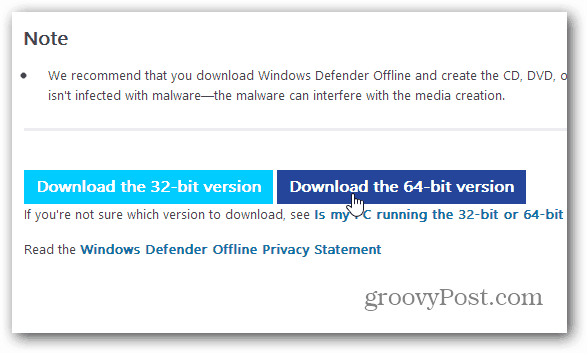 It’s a small executable file, go ahead and launch it, and you’ll get the following screen to put it on a CD, DVD, or USB flash drive. You will need a flash drive that is malware-free and has at least 250MB of space. 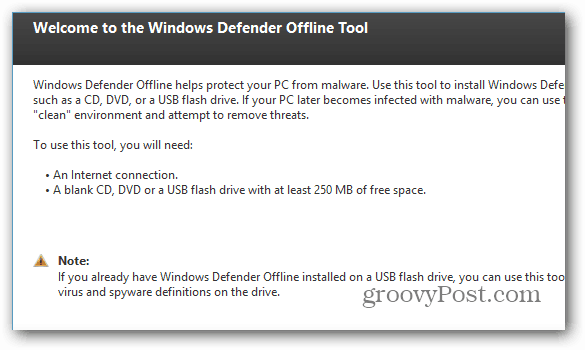 For this, I am going to use a flash drive since most modern computers allow you to boot from a USB flash drive from the BIOS. Of course, you can use a CD or DVD if you have one laying around, and a lot of times a computer’s BIOS is set to boot from a CD/DVD drive first anyway. 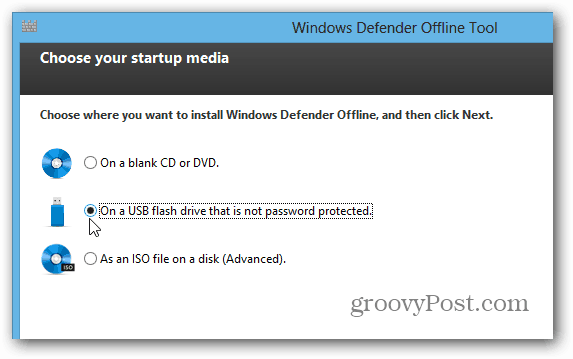 Make sure you pick the correct flash drive you want to install it on. 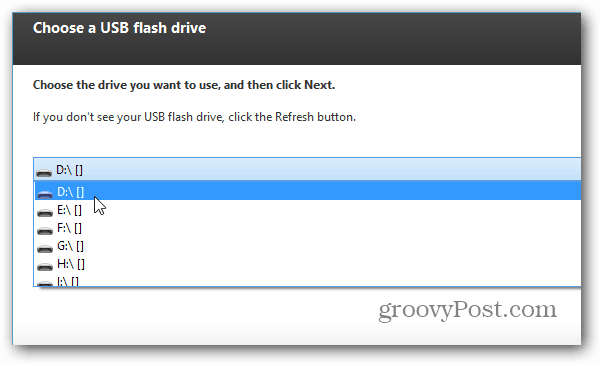 Then you’ll get a message letting you know the flash drive will be formatted and Windows Defender Offline installed. 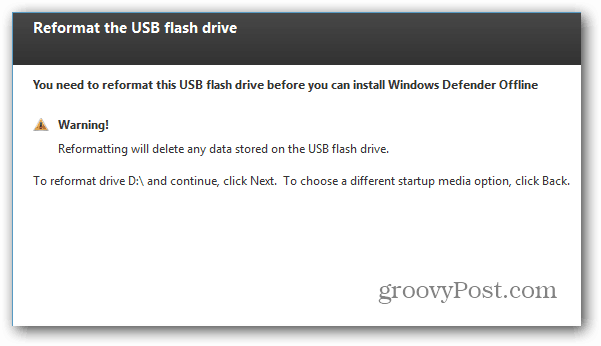 Now, wait while your drive is set up for you. The amount of time it takes to complete will vary. 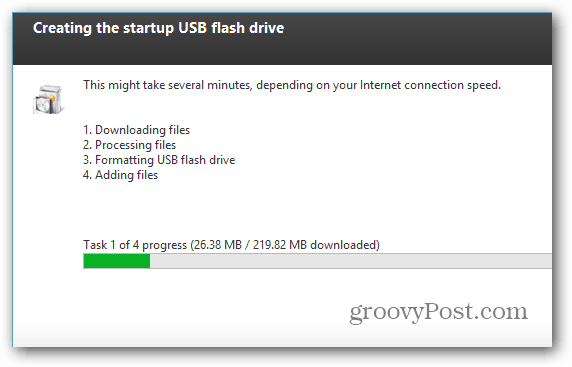 After it’s finished, insert the USB drive you just created on the computer you want to scan. Restart it or power it on and boot from the USB drive. Windows Defender Offline will start and begin scanning your system for malware. The interface looks just like Microsoft Security Essentials or Windows Defender in Windows 8 which includes MSE. 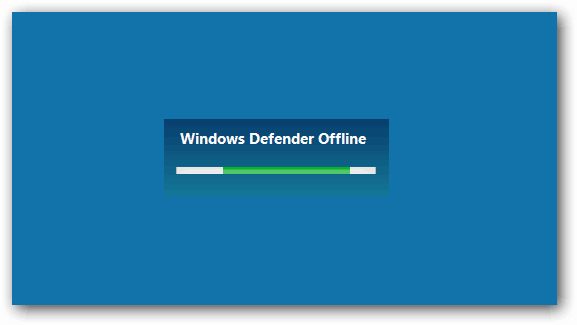