If you lose or misplace the remote for your video streaming device, it’s always good to have the remote app on your phone or tablet as a backup.

If you own a streaming box like Apple TV or Roku, having a remote app for it on your phone is a must. It’s nice to have if you misplace the box’s physical remote or prefer the mobile version compared to the one that came with it. The best part of any of these remote apps is the ability to use the on-screen keyboard to type in your login creds for various services like Netflix or Hulu Live. It’s much easier than using the “hunt and peck” on-screen keyboard with the physical remote. And, you can use the digital assistant on the box for voice searches. Here’s a look at how to remote control your set-top box from your iPhone, iPad, or Android device.

There is an official Fire TV app from Amazon for both Android and iOS. It provides basic navigation controls, an onscreen keyboard, and voice search using Alexa. You can also swipe in a screen that lets you open installed streaming apps on your Fire TV box or stick directly — it doesn’t work for games, though. You can download the Fire TV Remote app for iPhone or iPad or your Android device. 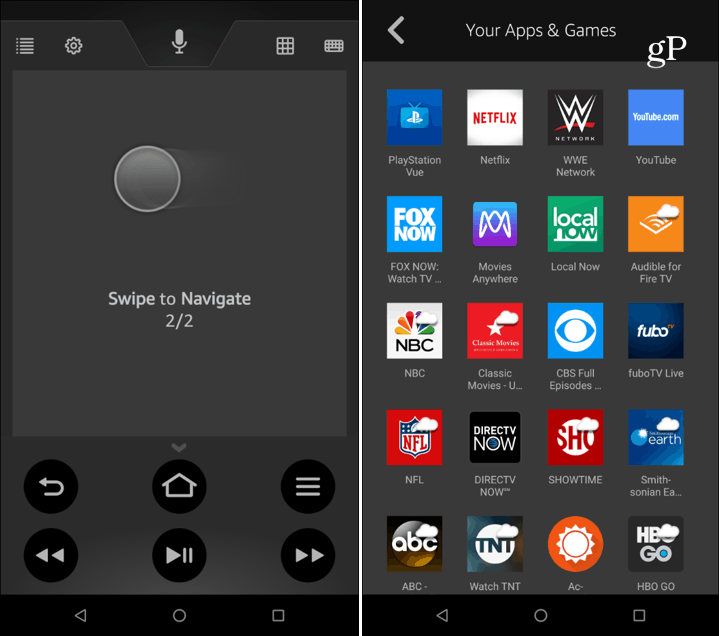 If you’re the owner of a Roku, there is an official Roku remote app for both platforms, too. The app has some similarities to the Fire TV app in that in addition to the basic controls; it lets you choose channels directly and turns your mobile device into a second-screen experience. You can download the Roku Remote app for iPhone or iPad for your Android device, and there’s a Windows 10 version as well. 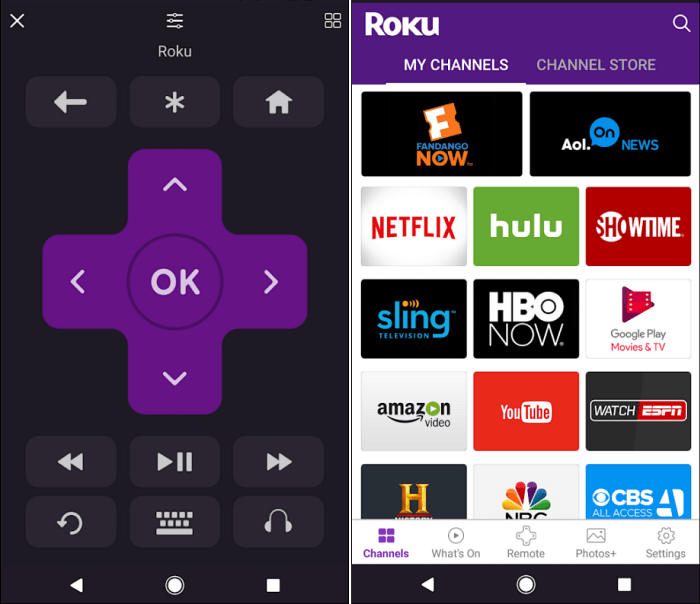 When the company released the redesigned 4th gen Apple TV in 2015, the Remote app wasn’t ready until several weeks later. And if you own the modern Apple TV, you know the Siri remote is frustrating at best. Your best option is having an iPhone or iPad and using the official Apple TV Remote app. Apple wants you to stay within its ecosystem and typically doesn’t offer its official apps on other platforms. There are third-party remote apps you can use on Android like TV (Apple) Remote Control for older phones with an IR blaster like the HTC One or LG2. Another good app is Peel – a universal-style remote app. If you have a favorite remote app for Android, let us know in the comment section. 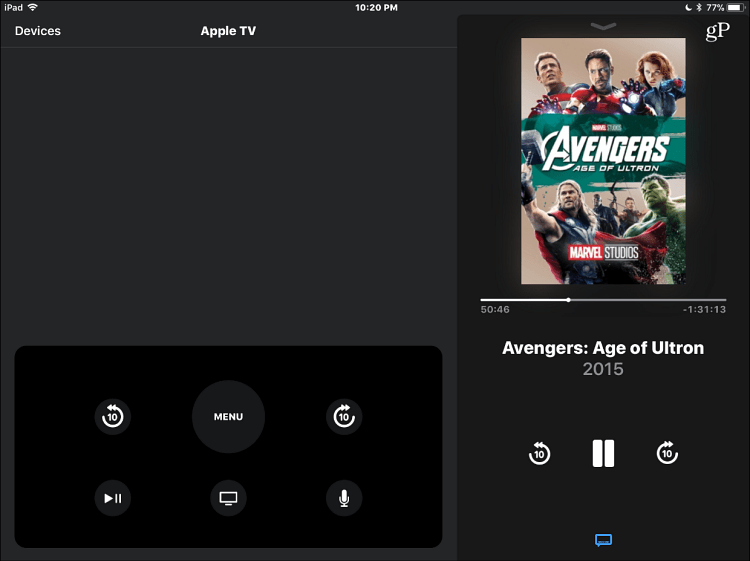 Of course, if you have a Google Chromecast, you’re already using your iOS or Android phone or tablet to stream content anyway – it doesn’t come with a physical remote. Google Cast is interesting in a lot of ways and lets you cast content from your PC, and it has the ability to cast anything from Android — even if an app doesn’t support casting like Audible.

Do you use an app on your smartphone to navigate your set-top box or the one that comes with it? Let us know your thoughts in the comment section below.