I’m a huge fan of Patch My PC. It’s a free program that runs like Ninite and it lets you batch install or update software. Here’s a look at how to use it.

If you’re running Windows, you already know you need to update your apps regularly. Even if the programs don’t prompt you to update, proper security hygiene requires proactive monitoring. The problem is that updating your computer also puts you at risk. 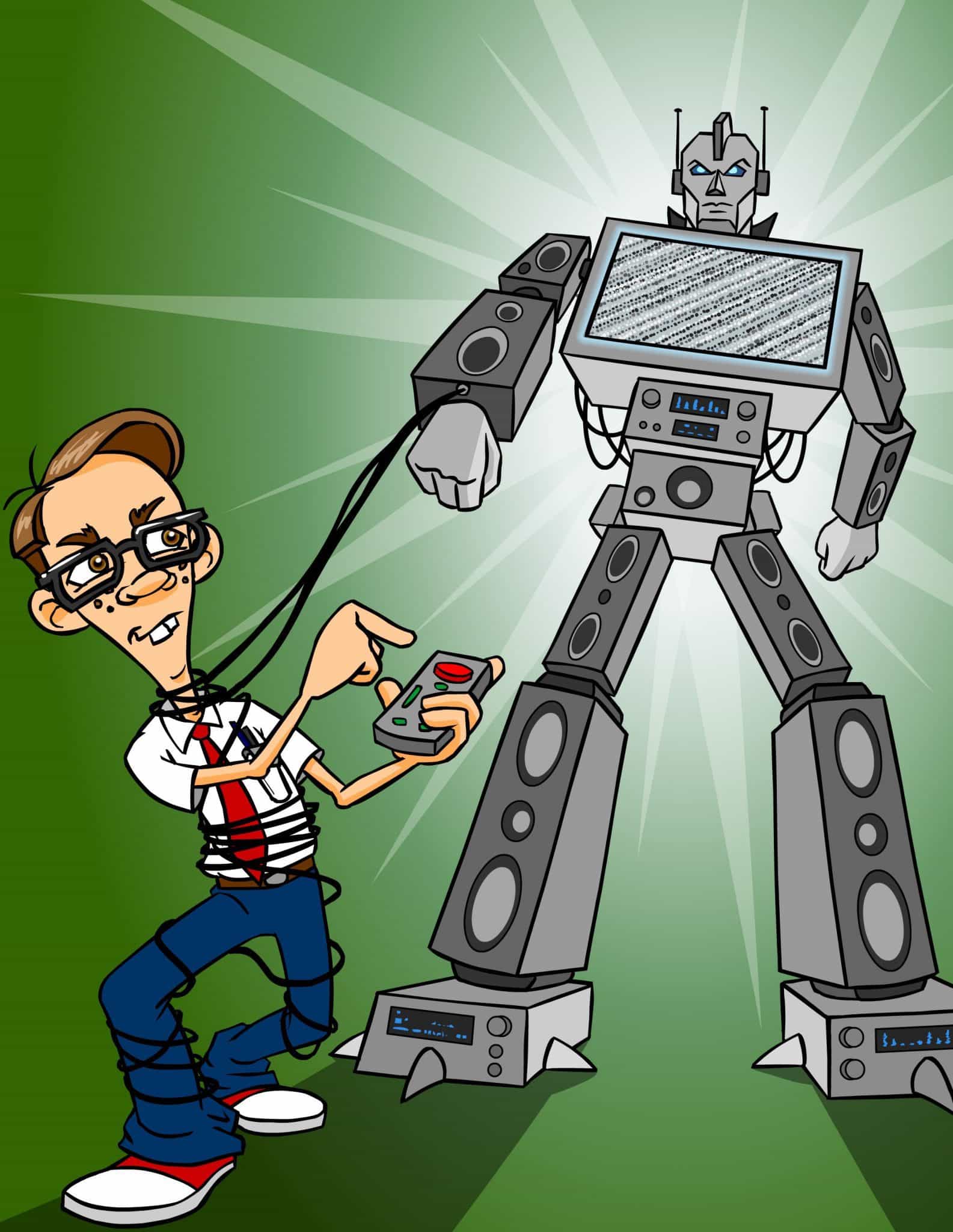 Photo by Nerds on Call

When something pops up in your system tray, you take action. If it says something like Java is out-of-date, you click it and do the update. Smart malware realizes this and puts fake updates there. Other times, you’ll be on a web page, and a fake ad warns you a plug-in is out of date. Logically, you click on that link and run the update. Both times you infected yourself.

Another risk you’ll see is trying to download new programs. Your first instinct would be to use a search engine to find it. The problem is those first few links might contain bundled software that you don’t want, commonly called foistware. It’s foisted on you without your direct knowledge. Sure, it’s in the Terms and Conditions you agree to, but most people don’t read those.

Patch My PC Solves These Problems

I’m a huge fan of Patch My PC. It’s a free program that runs like Ninite. It lets you batch install or update software. One of the reasons I like it better than Ninite is because it covers more programs. You don’t need to go to a website to run it each time. Once it’s download, Patch My PC is just like any other program. It doesn’t need to be installed, and you can run it off a flash drive.

When you install it, the program first looks for any software on your computer and suggests updates. Those show up in red. Anything showing up in green means the program is up to date. If you want to install a program from Patch My PC, checkmark it, and it will be batch installed. 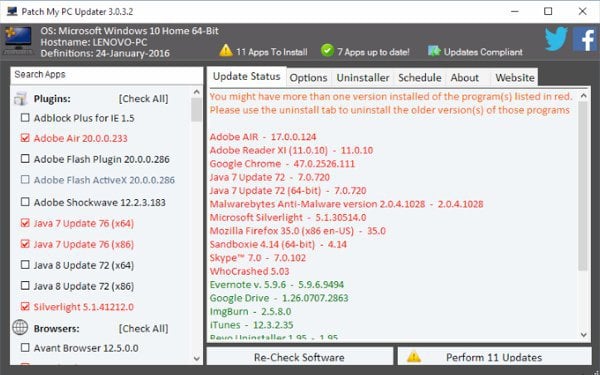 It’s that easy! I’m amazed more people don’t use it.

Best Practices with Patch My PC

Whether it’s your computer or the computer of someone you support, keep Patch My PC on your desktop. Whenever you get a message that something needs updating, don’t! The malware writers have so many tricks up their sleeves it’s nearly impossible sometimes to know what’s real.

Instead, open up Patch My PC and run some updates. If everything is showing up green, then you’re up to date. That’s the time to run a malware scan to see why a fake ad or pop-up showed up.

When you need to install software on your computer, the first place to look is Patch My PC. It has the most common free programs, including the annoying and ubiquitous Adobe Flash (something Ninite doesn’t have). One bonus with Patch My PC is malware sometimes blocks you from downloading tools from a browser; Patch My PC bypasses this.

It also offers an automatic scheduling option for updates. I think that can be a bit risky, though. Too often, a new version of a program introduces some new bugs. For instance, I won’t run a program update before I have an interview over Skype. If that Skype update causes a temporary problem, I’m out of luck. It’s worth noting that if a program refuses to update, Patch My PC has an uninstaller. 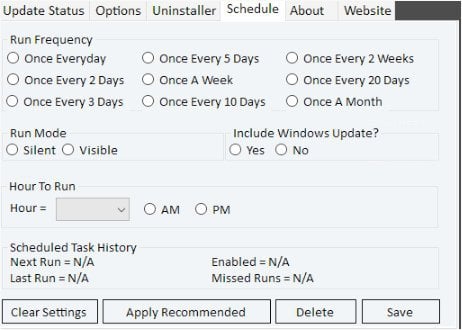 The interface has improved over the years, but it still needs some work. Since it’s doing an install, the program can’t be open at the time. It won’t always automatically close the program, even if you specify it in the options. It tells you in the main window that a program is open. It won’t skip the program nor proceed further. I’ve missed the warning a few times because it doesn’t push out a notification or another window. The progress window is too easy to miss. If the open program throws up a dialogue box, Patch My PC won’t close the program. 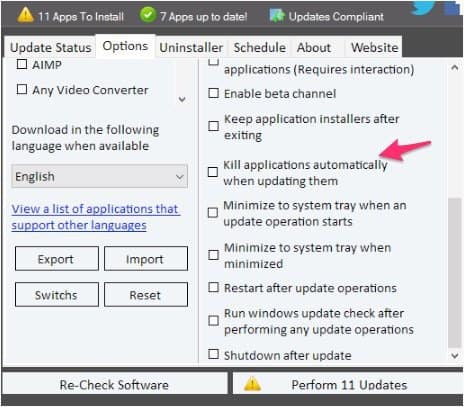 Unlike Ninite and other programs, Patch My PC doesn’t do an offline install. Your computer needs to be connected to the Internet during the entire update. It also requires .Net Framework 3.5, which you can turn on in Windows following this guide. That extra software install has trouble on some systems. Patch My PC also gives you a link to download the .NET Framework if you need it.

While Patch My PC isn’t an anti-malware program, using it to install and update software keeps your computer’s software secure. It also prevents you from accidentally downloading malware while trying to update your system.

Give Patch My PC  a try and let us know what you think about it in the comment section below.