If you have your credit card linked with the Google Play Store, it would be wise to password protect app purchases to prevent any rogue purchases on your mobile phone.

If you have your credit card linked with the Google Play Store, it would be wise to password protect app purchases as there is no way to disable them like you can on the iOS Platform. This is especially true if your phone is used all the time children. If that’s the case, you can also filter apps that are not suitable for young children. Here’s a guide to help you filter your apps and password protect new purchases so no one can make any purchases using your credit card.

Open Google Play store, tap on the menu button and tap on Settings. 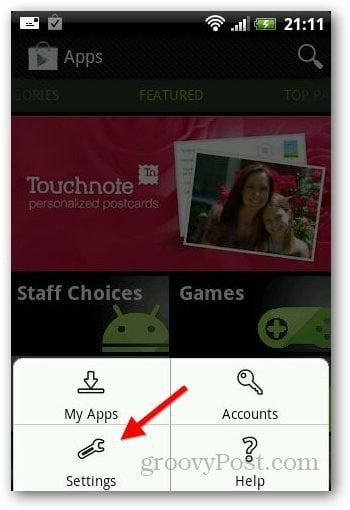 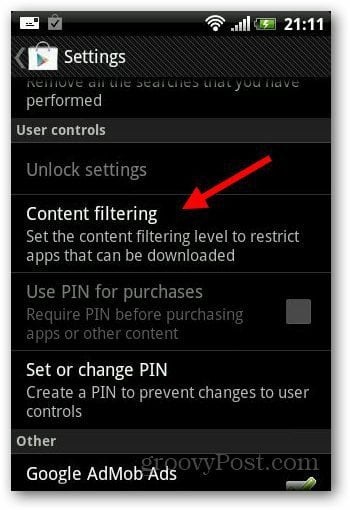 It will show you the app ratings. Select according to your needs and tap OK. 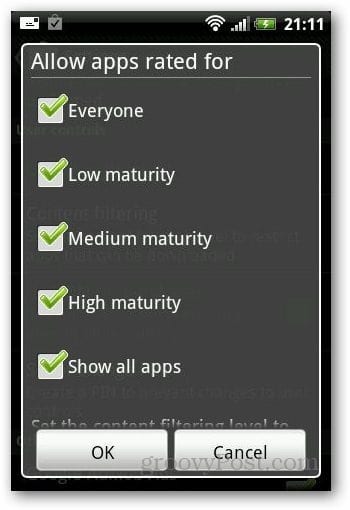 Content filtering will not prevent anyone from buying apps so it’s better to password protect your purchases. To set the security pin for new app purchases from the Play store, tap on Set or Change Pin option. 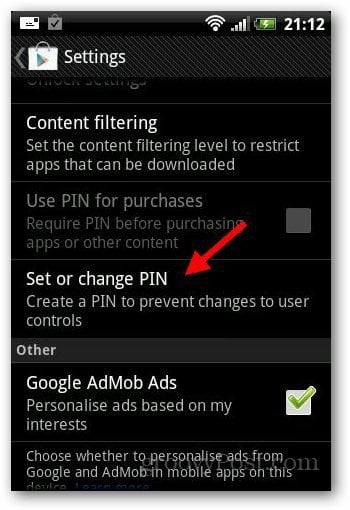 Select your pin and it will ask you to confirm it. Click Ok when done. 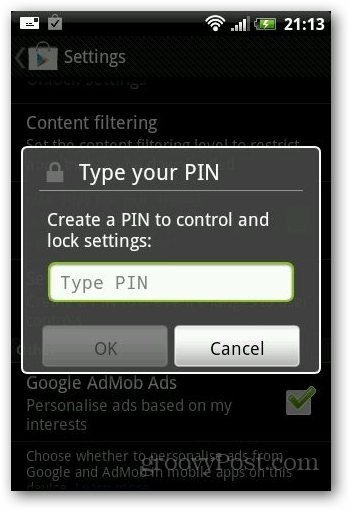 Now, come back to the User Controls section and check Use Pin for Purchases option. 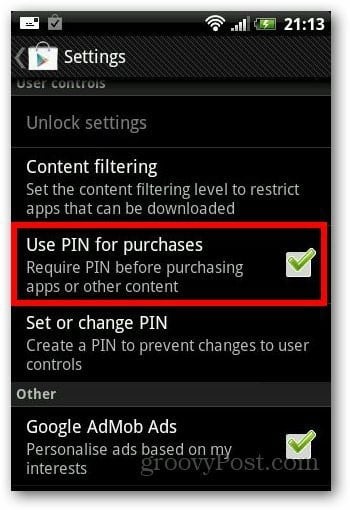