Google hides a lot of unique and interesting Easter Eggs into its products. Here is one of the most often overlooked hidden games in Chrome that you may not know about.

Google loves to pack hidden Easter Eggs into all of its products. Each version of Android has a different hidden game or other offerings. For example, You can play the hidden Flappy Bird game in Android 6.0 and Android Pie has a hidden trippy P logo you can launch. Google adds Easter eggs to its Chrome web browser, too.

Years ago, the company added the infamous make Google do a barrel roll trick. And there is the interesting hidden text adventure game you can launch via the browser. Today we’ll take a look at an often overlooked hidden game you may not know about. It’s the “Dinosaur game” and appears when you try to visit a site while disconnected from the Internet.

Well, you don’t need to disconnect yourself from the Internet just to play the hidden game. Instead, launch Chrome and type: chrome://dino into the address bar and hit Enter. You will see a graphic of a T-Rex as well as a “No internet” error message. 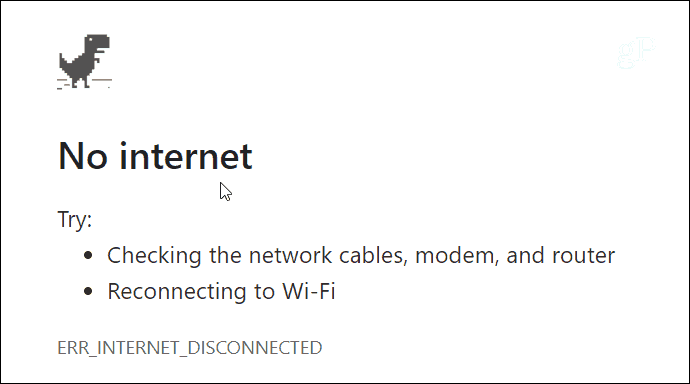 To start playing it you need to hit the Spacebar. That will start the side scroller where you need to jump over cactuses and duck under flying pterodactyls. You can jump using the Spacebar or Up Arrow key or duck by pressing the Down Arrow key. 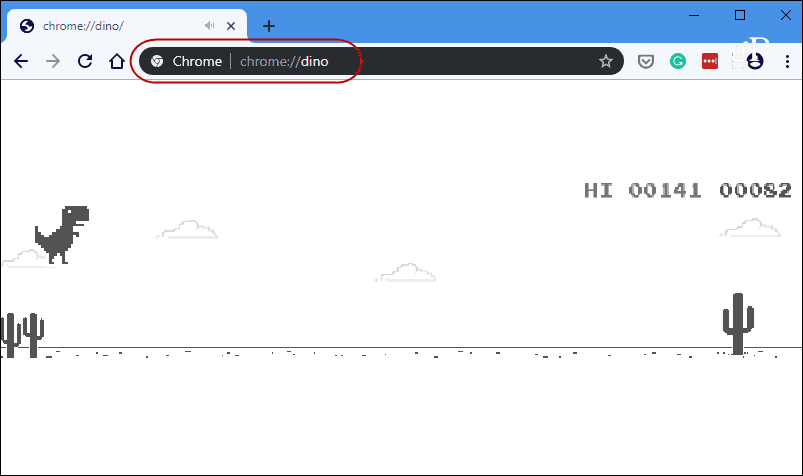 Note that this works with the mobile version of Chrome on your smartphone, too. You make the dinosaur jump by tapping on the display. I only played it long enough on mobile to encounter cactus obstacles and nothing flying, but if you play long enough you might find more.

Just like in video games, movies, and other digital media there are many Easter Eggs hidden in all sorts of tech products. Some are actually fun while others are just interesting to show friends and coworkers. For more, check out these 11 tech Easter Eggs you might not know about.