Here’s how to make Windows 8 easier by pinning Start screen items to the traditional desktop. A handy tip for using the two Windows 8 environments.

Update: Microsoft is no longer providing mainstream support for Windows 8 or 8.1. Here is what the company says:

One of the biggest challenges Windows 8 users will have is learning to navigate between the Windows 8 (metro) Start screen and the traditional desktop. Microsoft makes it easier by letting you pin items from the desktop to the Start screen and vice versa.

Pin a Program from Windows 8 Start Screen to Desktop Taskbar

If you install Microsoft Office 2013, the program shortcuts will appear on the Start screen. To get the icons on the desktop, right-click the program’s Start menu icon. A checkmark will appear in the upper right corner of the icon. 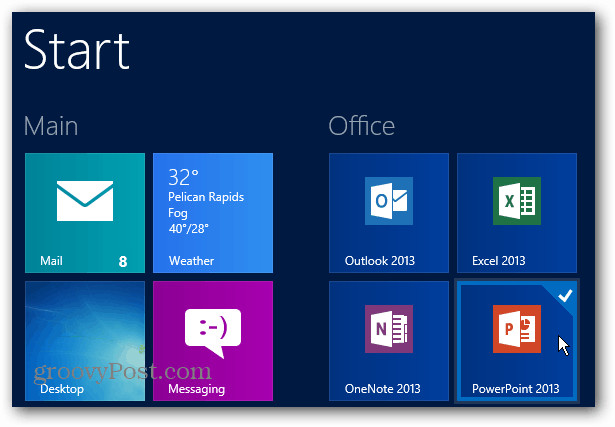 At the same time, a menu bar comes up at the bottom of the screen—click Pin to Taskbar.

Now click the Desktop icon or hit the Windows key on your keyboard. You’ll see the program you just selected pinned on the Taskbar. The Taskbar works the same as it did in Windows 7, so you can move the icons around how you like. 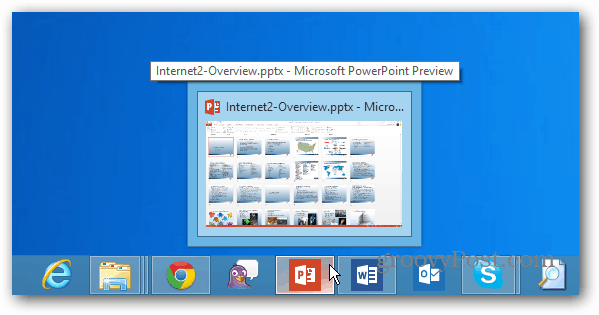 One annoyance about this is you can’t select multiple icons at once and pin them. Instead, you have to do them individually. I hope to see an update to the OS to add that functionality, but it is now one at a time.

To go the other way, check out my article on how to pin desktop items to the Windows 8 Start screen. 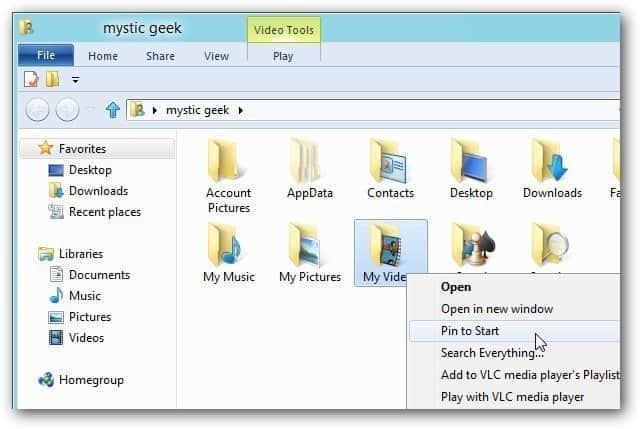