Typically, Windows Insiders choose the Fast ring, but if there are too many known issues with a build, you can skip the release.

The Windows Insider program offers the latest builds of Windows 10 with new features for early testing. The program offers three different levels that determine the frequency at which new versions arrive – Fast, Slow, and Release Preview rings. Typically, Insiders choose the Fast ring to get new features right away, but if there are too many known issues with a build, you can skip the release.

There are many reasons you might want to skip a particular build. A lot of new features are introduced in waves of the development cycle. For example, just recently, the company released Redstone 4 Build 17063. That build introduced a ton of new features, including the highly-anticipated new Timeline experience – which any enthusiast would want to try out right away. However, there are points when builds are being released less frequently and you might want more time to test. And sometimes features you enjoy using are removed. With each new build, the company releases a changelog that contains a list of known issues. Maybe it’s too buggy for your taste and you want to hold off on a new release or two. 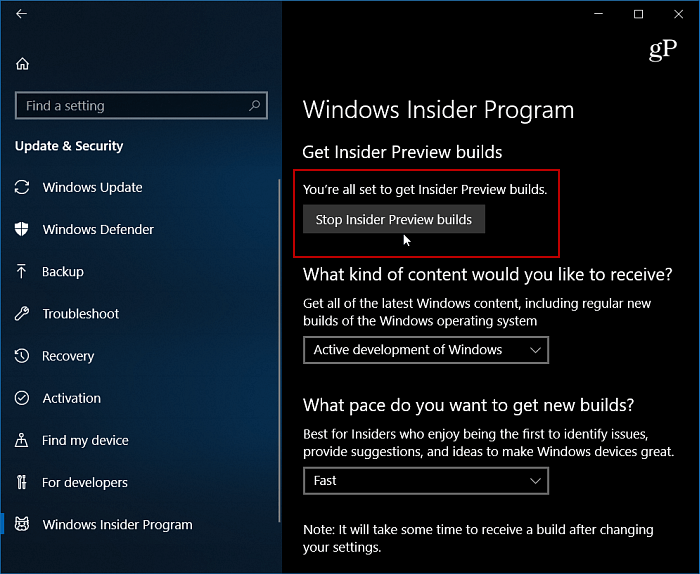 Next, click on the “Pause Updates for a bit” option. 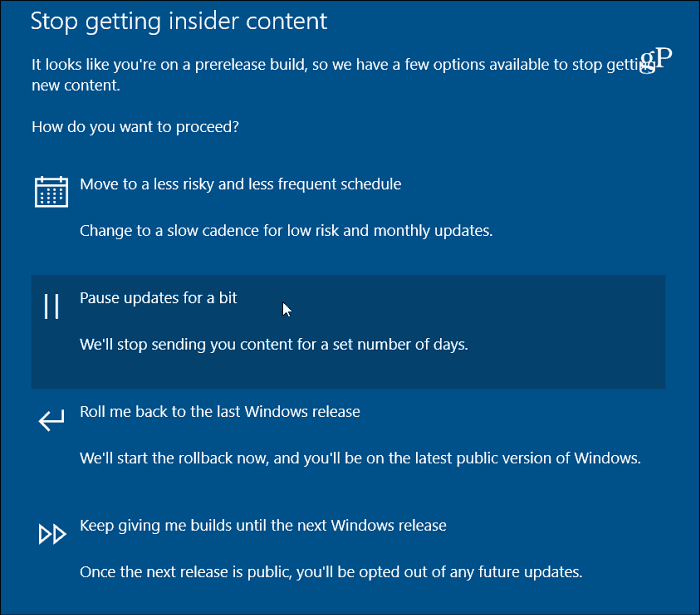 Then flip on the Pause Update switch. That will pause updates from being installed on your PC for seven days. If you want to start getting them again, just go back and turn it off. 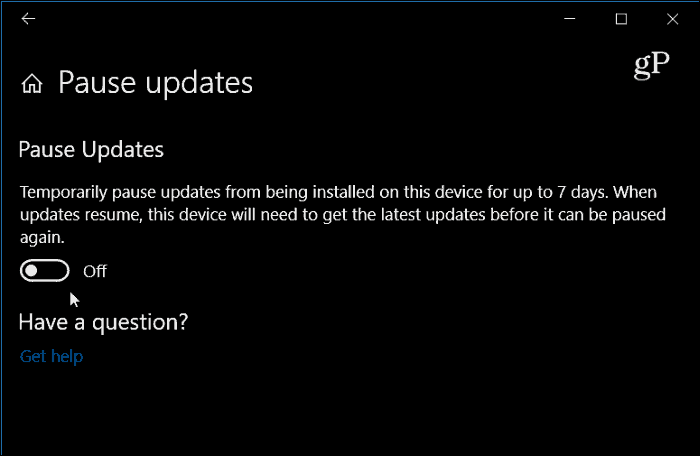 Note that on the “Stop getting insider content” screen you have other options available. For instance, you can change over to the Slow ring or continue getting new builds only until the next stable public release. You can also choose to roll back from a preview build to the most recent public release — at the time of this writing would put you back to the Fall Creators Update — version 1709.

If you’re a Windows Insider, do you skip preview builds from time to time? Leave a comment below and let us know. Or, for all things, Windows and Microsoft, jump into our Windows 10 Forums.