Windows Insiders know there are risks and bugs that can occur, especially when builds go majorly awry. Here’s how to pause the delivery of Insider builds.

One of the benefits of the Windows Insider program is getting early access to preview builds of Windows 10 before general availability. It’s a great program for power users, developers, IT pros, and enthusiasts. While testing out the latest features can be a lot of fun, it also comes with some risks.

And, sometimes things go wrong at Redmond. For example, this week the company sent out a broken build for PC and Mobile to Insiders in both Slow and Fast rings. If installed, it would end up putting your PC into an endless reboot loop.

Update 4/2021: Microsoft has changed the way to stop Insider builds. We have updated this article to reflect these changes.

Windows Insider chief Dona Sarkar sent out the following tweets about the issue.

#WindowsInsiders: pls do not install any builds being offered til you hear from us with a blog post. If you have installed, reset with WDRT.

She followed that up advising the build was showing up in Windows Update on production builds (non-Insiders).

We're continuing to work on our build release situation. For non-Insiders, you might see the build being offered, but it will not install.

Then later that evening she released a blog post that further explains the unintentional release and what you can do if you got it.

Many of you discovered that earlier this afternoon, builds from some of our internal branches were accidentally released for PC and Mobile. This happened because an inadvertent deployment to the engineering system that controls which builds/which rings to push out to insiders. The team was quick to revert the deployment and put blocks in place to stop these builds from going out to more people. Our analysis shows only a small portion of folks got these builds.

Problems like this aren’t a regular occurrence but with builds being released at such a rapid pace, you might want to take a step back and think about temporarily pausing a build for a couple of days. This allows you to keep an eye out to see if any major issues might be going on and if they get resolved.

To stop an Insider build from being installed, head to Settings > Update & security > Windows Insider Program. Then click the See options button under the “Stop getting preview builds” section. 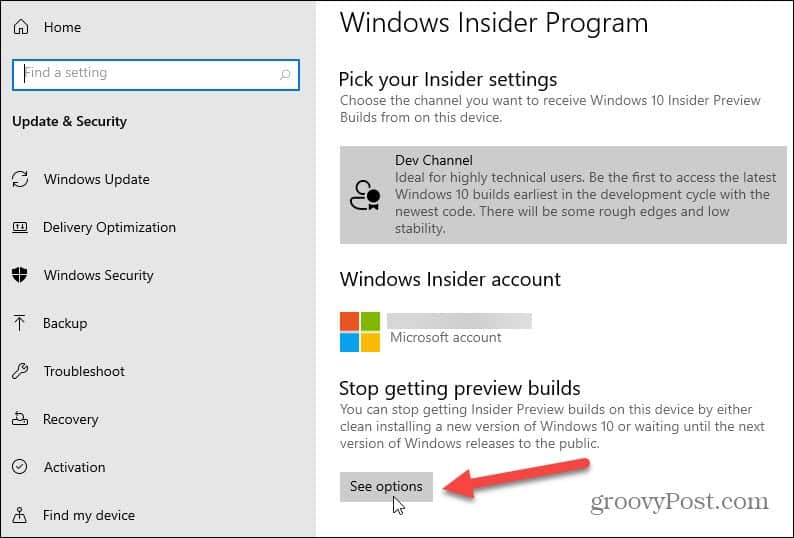 Turn Getting Preview Builds On or Off

On the following screen, you will see the “Stop getting preview builds when the next version of Windows releases” section. Turn the button to the On position. 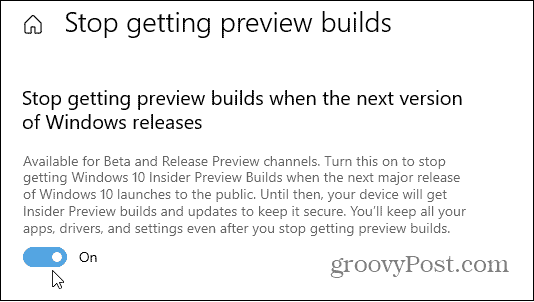 If you want to start receiving Insider builds again, just go back to Settings > Update & security > Windows Insider Program > See options and turn the button for getting preview builds back Off. 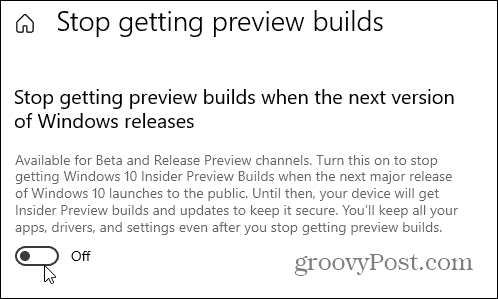 I’ve been in the Insider program since its inception. And over the past few years and have had relatively few issues. That is, other than the known issues listed in the changelogs of each build. However, there have been a couple of times where I did need to Reset my PC.

Are you in the Windows Insider program? Leave a comment below and tell us any crazy story you have about a preview build gone bad.