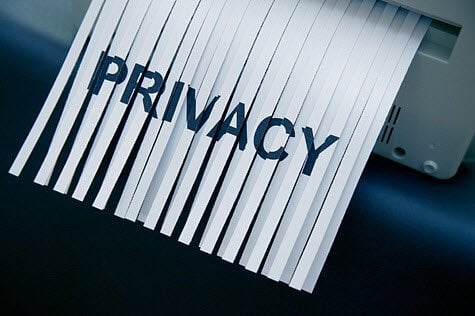 Maintaining your privacy online is part of an overall computing security strategy. Here’s some Chrome extensions that will help stay private and secure.

Maintaining your privacy online is part of an overall computing security strategy. If you don’t want to go as far as using a Tor network or configure a VPN, here’s some Chrome extensions that will help stay private and protect your data while online.

Note: All of these are free, and some of them work with other web browsers like Firefox, Safari, Opera…

This one is from the Electronic Frontier Foundation (EFF) and it blocks ads and trackers from third parties that advertise on a site for instance. The EFF makes a point of letting you know this is not an ad blocker. Here’s a quote from EFF’s site about its stance on blocking ads:

Because Privacy Badger is primarily a privacy tool, not an ad blocker. Our aim is not to block ads, but to prevent non-consensual invasions of people’s privacy because we believe they are inherently objectionable. We also want to create incentives for advertising companies to do the right thing.

It’s not an ad blocker in the traditional sense as you can see. When you click on the Privacy Badger icon you’ll see a list of different tracking services that are being blocked or allowed through. Green means that it doesn’t track you. Red means you’re being tracked. The red ones are automatically blocked. Do if an ad is from a company that doesn’t continue tracking, it’s allowed through. If you want something blocked or unblock just use the siders. 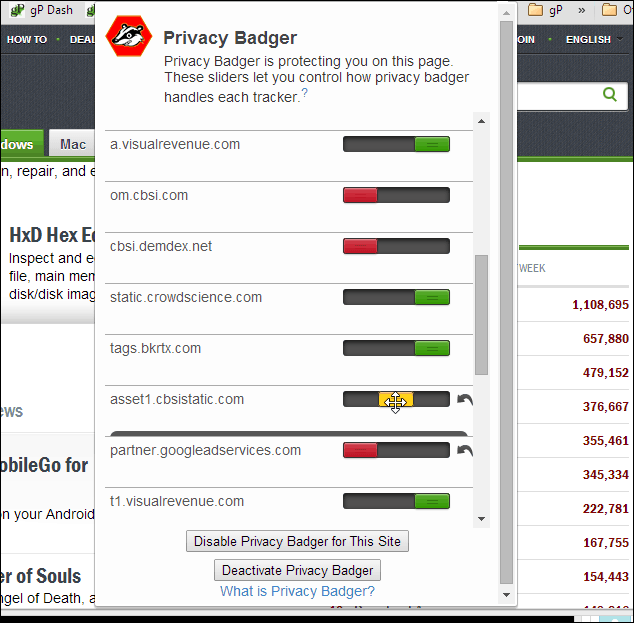 You can completely disable Privacy Badger for individual sites as well. For example I turned it off on  groovyPost.com as shown in the image below. In fact, you might want to disable it for all reputable sites that you want to support. We all pay the bills and eat by displaying ads. 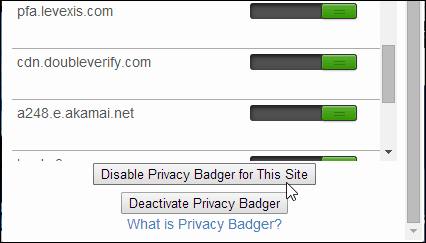 Currently Privacy Badger is only available for Chrome and Firefox. But the EFF says it’s hoping to to release versions for Opera and Firefox Mobile. There won’t be versions for Safari or Internet Explorer though.

This is another extension from the fine folks at the EFF. I have been using this one for years and it’s an extension I install anytime I am setting up a new computer. It comes most of the major sited enabled by default, and you can add any site you visit to the list. That doesn’t always work though as some sites don’t support HTTPS. For more, check out the EFF’s guide for creating custom Rulesets.

We wrote about this one a few years ago, and it’s better than when it first arrived. For more, check out our article: Encrypt Web Traffic with HTTPS Everywhere. This one works with Chrome, Firefox, Firefox for Android, and Opera. 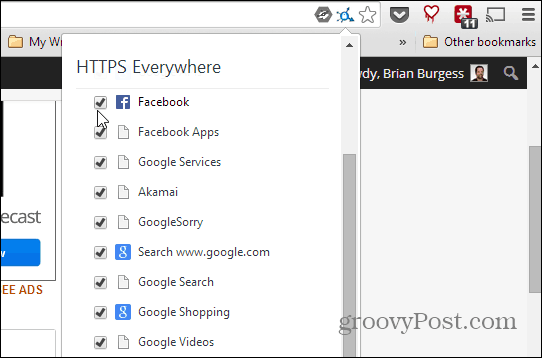 This is another extension for blocking third-party trackers and it has been doing it for a long time now. It is a bit more complex that the others we showed above, but once you get good at it, there is a lot you can do.

For more, check out our article on using Ghostery. It works with Chrome, Firefox, Opera, Safari, iOS and Firefox on Android. 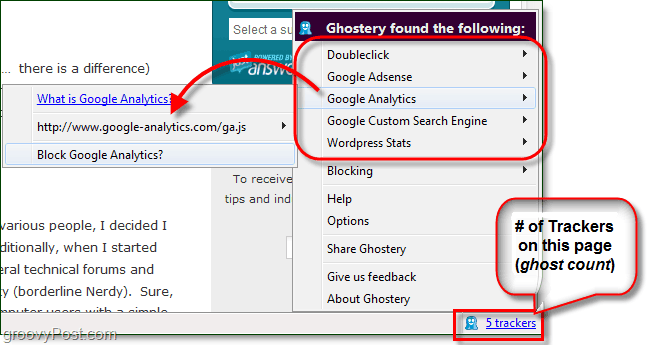 This is another way to help protect your online privacy by blocking third-party trackers, but is focused more on social networks. Like the others, it runs in the background and has little to no compromise you’re your browsing.

Make sure to check out the video below demonstrating the latest version of Disconnect:

One thing to keep in mind is it’s not a good idea to use all of these at the same time. Just pick one of the three tracker blockers, i.e. Privacy Badger, Ghostery, and then top it off with HTTPS Everywhere. If you have too many of them enabled, it will cause issues with Chrome. They don’t play well with each other and you can lose some functionality of the browser.

What about you? What are some of your favorite privacy extensions you use in your browsers? Leave a comment below and tell us about it!