Until the latest Apple TV update the only way to use a keyboard with your Apple TV was an iOS workaround. Now there’s an official way that adds new features.

Until the latest Apple TV update, the only way to use a keyboard with your Apple TV was to use an iOS workaround. Now there is an official way that adds some new features.

Make Sure You Have the Latest Apple TV Software

We covered this before, and the process hasn’t changed. You want your tvOS version to be 9.2. Older versions require you to do the Apple Remote workaround. The latest update adds some great new features, so there isn’t a reason not to update. 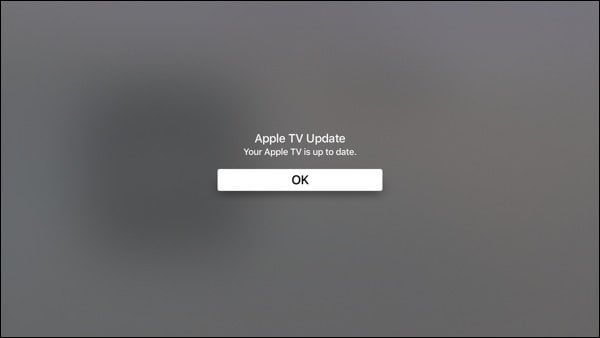 Head on over to Settings > Remotes and Devices. Go ahead and turn on your Bluetooth keyboard and have it in range at this point. The keyboard needs to be in pairing mode. Apple has a guide for its models of keyboards. In other brands, you usually hold down the power button for a while until the light flashes. Remember to unpair your keyboard from your old computer if it’s nearby. The first time I tried this, I forgot that the keyboard was connected to another system! 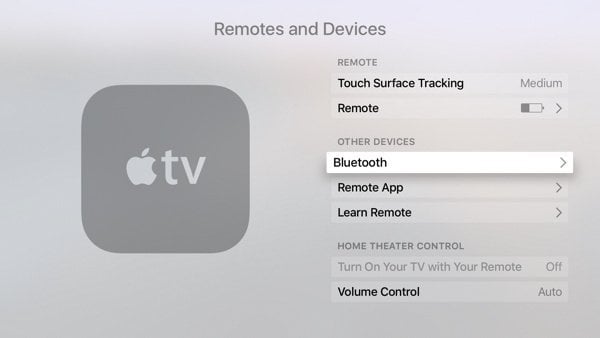 Select Bluetooth, and you’ll see your keyboard show up. Then you’ll put in the pairing code, and your Apple TV will tell you the keyboard is connected.

When you do that, you’ll see the following sequence of screens: 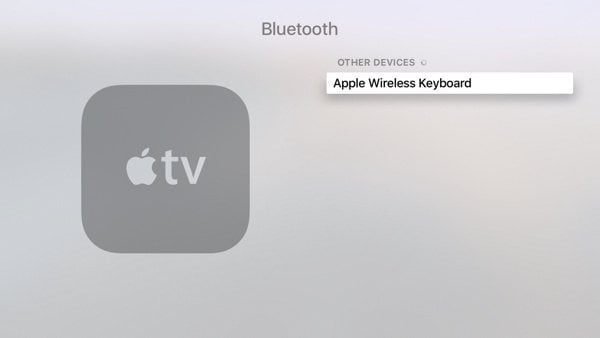 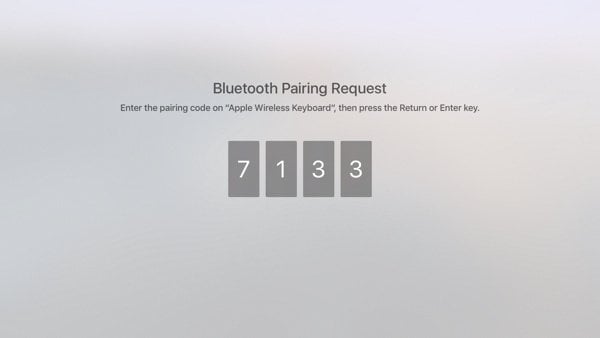 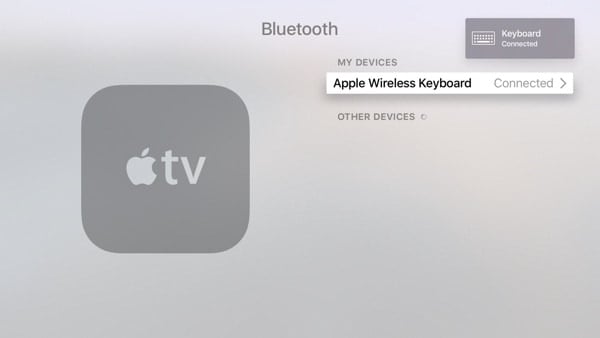 Typing is the obvious reason to use the keyboard. You can type your passwords or change the folder names of apps. The keyboard arrow keys work just like swiping on the Siri remote. That remote tends to be a bit sensitive, so I find the keyboard easier. It also makes it simpler to pause playback with the spacebar.

On a Mac, F3 brings up Mission Control. It lets you switch between apps on an Apple TV, just like double-tapping the Home button in iOS. The keyboard lets you use the arrows to the right app. Then press the return key to pick that app. If you want to kill the app, double press the up arrow. 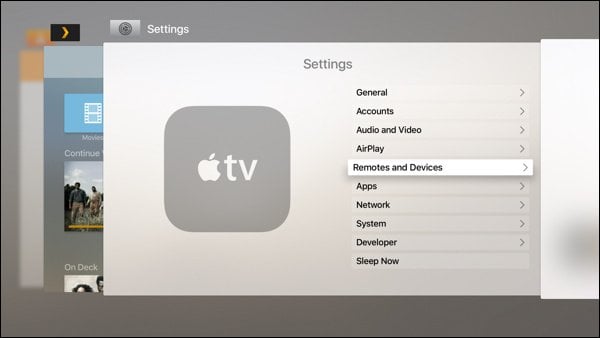 When watching a video or listening to the audio, the space bar lets you pause playback. The left and right arrows worked in most apps to scroll forward or back.

Best of all was the escape key, which acted as I’d expect. It brought me one selection back from where I was. I haven’t discovered any other features, but be sure to share them in the comments if you find one.

For most tasks, I’m using the keyboard. The arrow, escape, and F3 keys are more intuitive for me. I’ll use the Siri remote for more traditional TV tasks like pausing playback. I might change my mind over time, but right now, I’m enjoying interacting with my Apple TV much more. I’m purchasing more apps and not groaning when it asks for a password. Sure, I could use the dictation function in the Siri remote, but typing is much easier.