Android Jelly Bean has a groovy feature called Daydream, which turns your Nexus 7 into a digital photo frame, table clock, and more. But don’t call it a screensaver!

Android Jelly Bean has a groovy feature called Daydream, which turns your Nexus 7 into a digital photo frame, table clock, and more.  And it’s easy to use, too.

Let’s get one thing straight, though. This is not a screensaver – it only works while the tablet is docked or/and charging. Also, if you have more than one user account on your tablet, you should know that each user can have their own daydream settings.

From the device Settings, tap Display under the Device section. 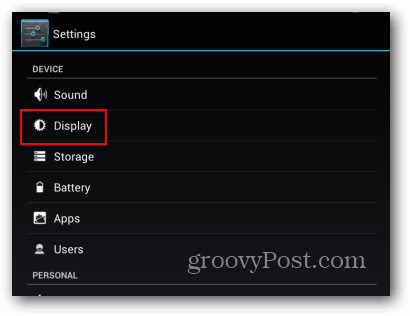 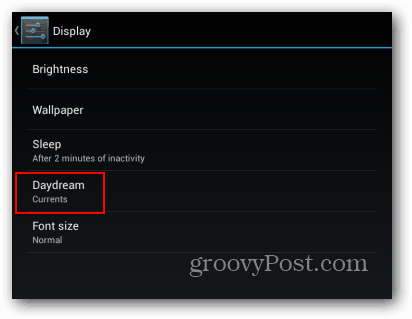 You’ll see the dedicated Daydream menu. It has an on/off switch for the feature at the top, and it allows you to select the Daydream you want. But first, select when you want your tablet to daydream. Here I selected to have it daydream while it’s charging. 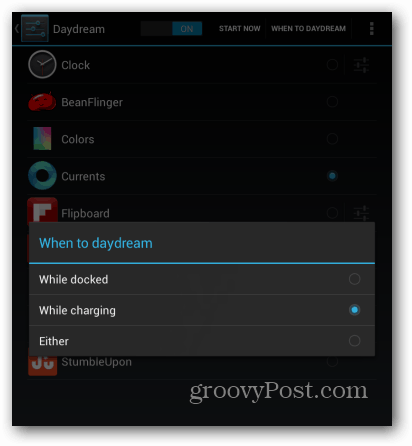 Now you can select the daydream style you want to use. Depending on apps you have installed, there may be more of them. Some have settings of their own, which you can access via the Settings button next to its name (only when selected). 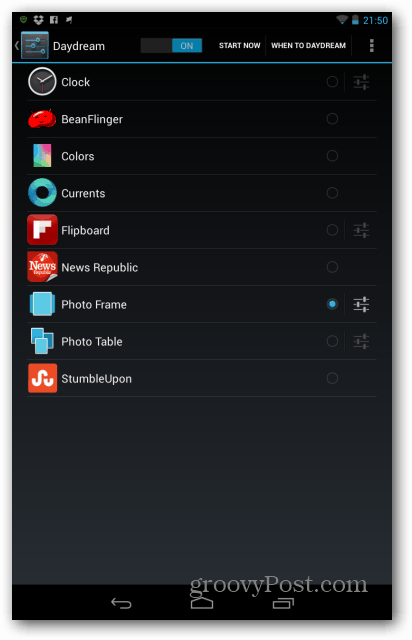 For example, the Photo Frame daydream allows you to select which albums it can use, both on the tablet and your Picasa account. 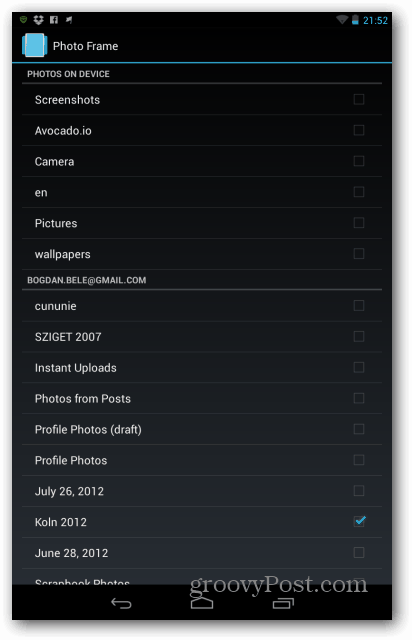 I’ll let you experiment and discover the rest of them yourself, but I’ll give you another tip. I was mentioning that other apps also offer this feature. Well, if you have Flipboard installed, you’ll see a very groovy slideshow of pictures from stories. This is actually a pretty new feature of the app – Flipboard has announced it recently. 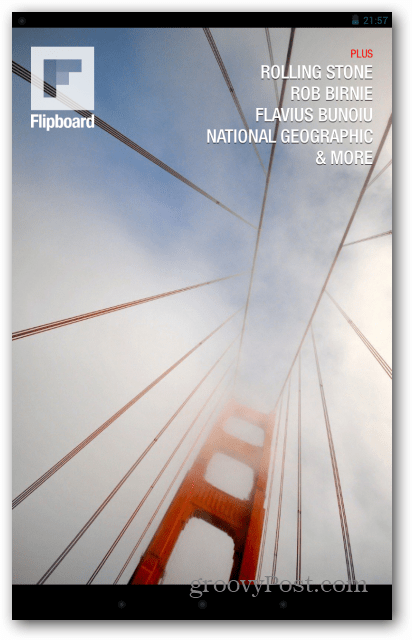 What about you? Do you use this feature? Did you find other apps that have a groovy daydream component to them? Let me know in the comments.