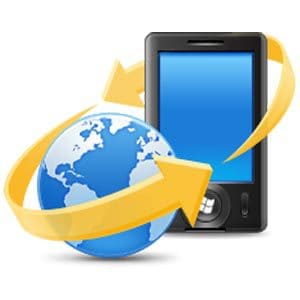 Microsoft seems to have taken a turn and has decided to take people who are still using their good ol’ Windows Mobile 6.x phones and push them to upgrade to an all-new Windows Phone 7 device.  Possibly a Nokia one, when they arrive (although there are voices saying Nokia Windows Phone 7 phones won’t be fabulous). That’s probably why they’re also shutting down services still working with it -  the Windows Marketplace for Mobile website and Microsoft MyPhone.  Out with the old and in with the new.

First off, according to an email Microsoft has sent out to users, the Windows Marketplace for Mobile website (where you could buy apps for your 6.x Windows Mobile smartphone), will be shut down on July 15. What does this mean? Well, it means that you will no longer able to buy and download apps from it for your old smartphone. Of course, there are still tons of 3rd-party websites that will provide 6.x apps, if you prefer getting them online and installing them afterwards. What’s interesting is that the Marketplace service will continue to be provided on your phone, despite having no functionality. OK, maybe that’s not so much interesting as it is odd. :)  With that said, I won’t be losing any sleep over the loss of the Marketplace.

Now, another shutdown is one of a service I actually liked; back when I was using my old HTC Touch Diamond. I’m talking about Microsoft My Phone. This service provided a no-hassle way to sync all sorts of content from your phone to an online cloud service, where you could also edit it.  I never really used the content sync features much (although I did play around with it a bit ), but I did use the contact sync. And, I loved it.  The contact sync was easy to use and, once set, you could forget about it because it would automatically sync itself at specified time intervals.

Still, you need not fret. Most of the data, according to this migration roadmap, will be kept for you on Windows Live SkyDrive. I’d check it out if I were you, just to see if you have some essential data that needs backing up and would otherwise lost. Still, you don’t need to panic just yet.  You have until August 7, which is when backups will stop, and the service itself won’t close until October 6.