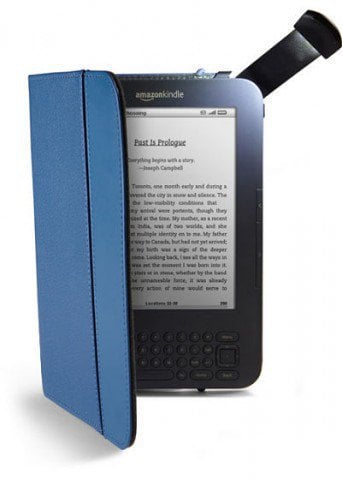 And it’s not just the holidays’ top selling product; it’s the company’s bestselling item in history, surpassing “Harry Potter and the Deathly Hallows”.

The company has announced the news, but they still haven’t published any figures to go with it. Amazon has only mentioned that more Kindles have been activated on Christmas day than in any other day of the year and that on Nov. 29, its peak day, 13.7 million items have been ordered. That’s an incredible 158 items per second…. wow

A statement made by Jeff Bezos, founder and CEO of Amazon, suggests that people owning a tablet won’t necessarily use it as an e-book reader. He said that many people buying Amazon’s reader also own a tablet, which they use for games, movies and web browsing, while maintaining their reading sessions on the Kindle.  Personally, I don’t buy it however that’s probably because I have an iPad and after I read my first book on it, I could never go back to my Kindle.  I think the correct statement would read something like “The Kindle has a better price point than the iPad so were confident sales will continue to grow as long as we maintain a price that’s more competitive than our competitors”.